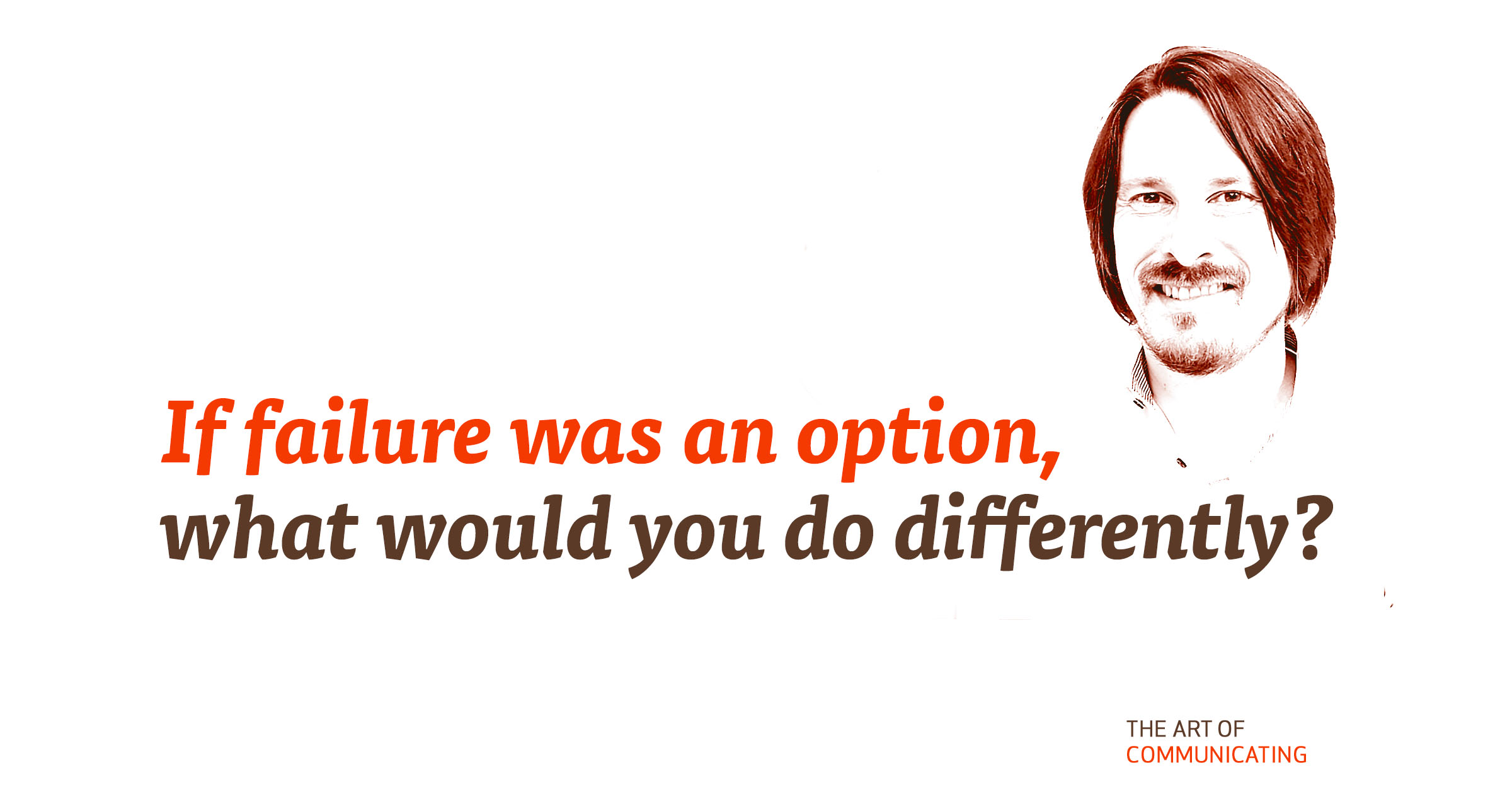 If failure was an option …

… what would you do differently?

Let’s say in the way you lead your team? Which conversation did you avoid because you were afraid of the consequences?

Or in the way you develop your product? Which feature did you dismiss because you were afraid that it’s not going to work?

How about the way you create? Which thought did you push back because you were afraid of what it would spark?

We’re so used to acting as if failure wasn’t an option that we often shy away from even thinking about the options that could fail.

But time and again when working with my clients, it’s these thoughts that open up new paths. Even if they later decide to avoid the risk, the experience of thinking things through without caring about failing created thoughts that wouldn’t have surfaced otherwise.

So, if failure was an option, what would you dare to do today?

When Eddie Van Halen erupted onto the music world, he revolutionised playing the guitar forever. The world of Hard Rock and the musical styles that

Google’s search engine is incredibly complex inside and incredibly simple on the surface – basically a search bar and that’s it. Many startups take a

Today’s a good day to say …