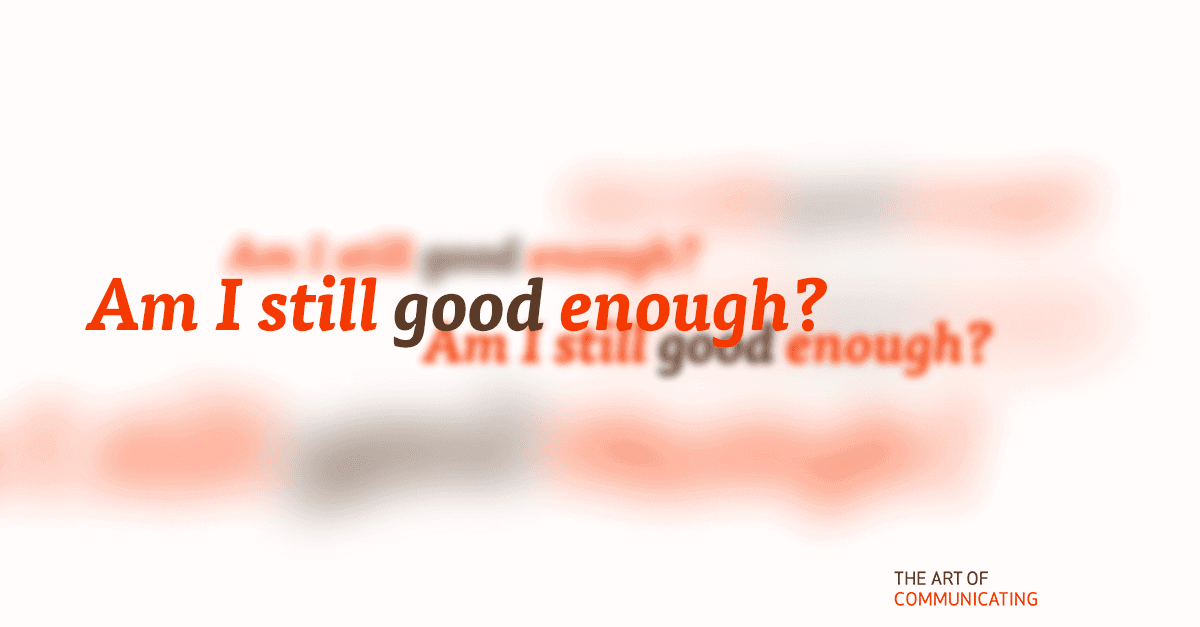 Am I still good enough?

„I mean everyone’s doing such a phenomenal job and I feel that I’m just not getting the results.“

Honestly, Taylor didn’t even know what he was talking about. Kevin was the most brilliant analyst she had ever worked with. How on earth could he even consider to be trailing the others? Where did these self-doubts come from?

Taylor had always been of the impression that Kevin was pushing hard and that he was striving for more. She appreciated it a lot that he took every advice and every suggestion to push even harder and come up with even better results.

Yet, Taylor made a mistake that many leaders make sooner or later:

She took the extraordinary for granted.

And, in a way, the same was true for the whole team. Being the ambitious group they are, they just took for granted to push further. To demand more. To keep asking for more.

But what’s the problem with that?

She certainly didn’t mean it, but by focusing on the goal, Taylor had lost sight of her team – and so did everyone else.

When we build remarkable things, we do so by pushing further. We tend to always look at what can be improved rather than what’s been achieved.

And Taylor was great at pushing further and demanding better. It’s what got her there. But it’s also what crushed Kevin.

While pushing further is a good thing, in principle, and while it’s also, in a way, the professional thing to do, we’re still human. And as human beings we not only want to be seen. We need to be seen.

What Kevin was never getting was the occasional “Thank you!”. Or the occasional “Well done!”. Not to speak of the “That’s absolutely brilliant!” that just feels great to hear every once in a while.

People need to be seen for their achievements. That’s what Kevin was missing.

It’s a good habit to appreciate that every once in a while. Pointing out extraordinary achievements. Acknowledging extraordinary contributions even if they are not visible to everyone. Or just saying thank you.

Today’s a good day (as is any other day) to do just that.

The cozy pillow of confidence

… does not exist. As much as we’d like to hope for that magic confidence potion that makes our fears go away so that we

Building a community on trust

This is the first in a series on leaders who light the path, a group of extraordinary people doing work that matters. All of them