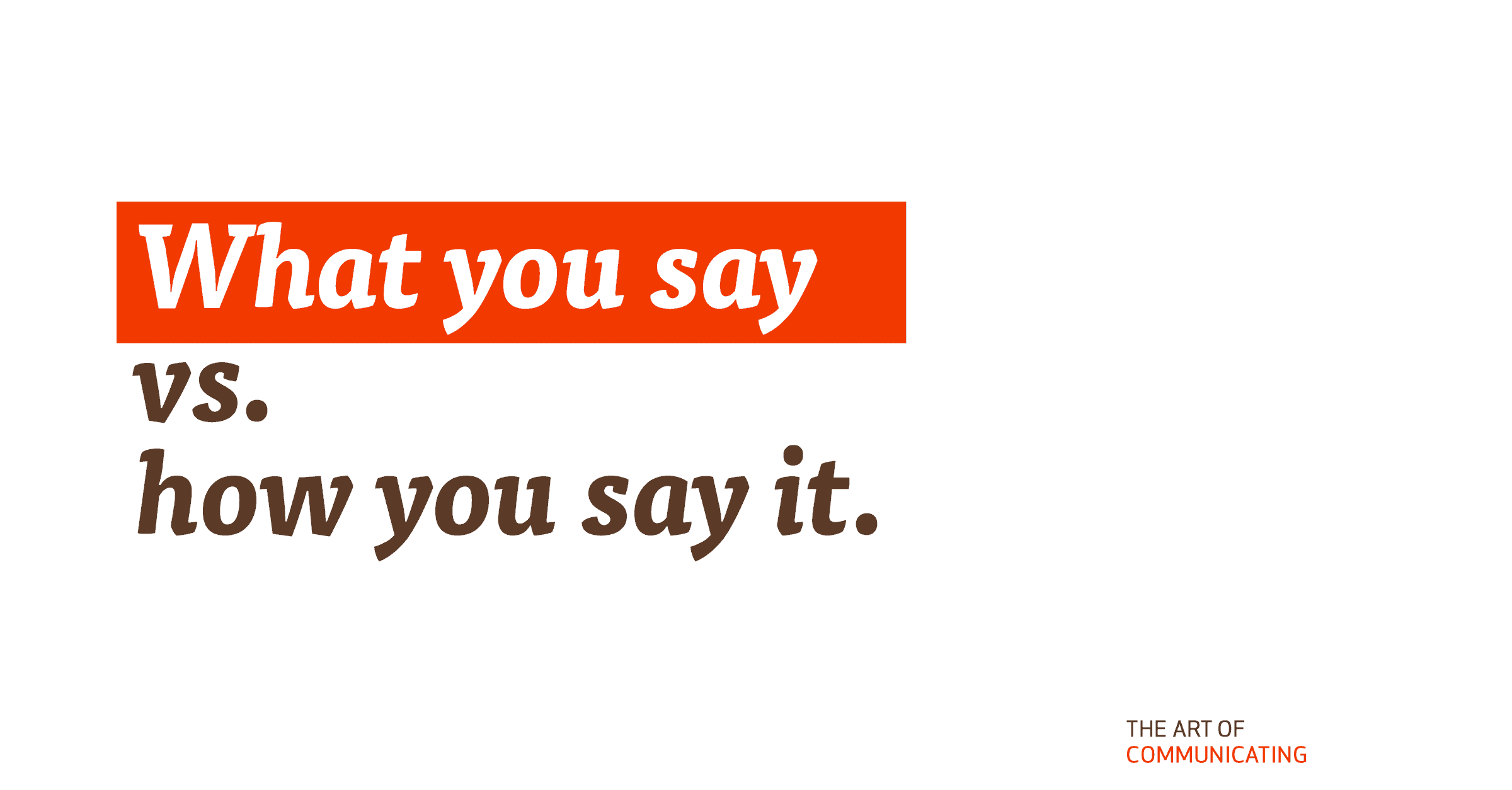 What you say vs. how you say it

I keep reading this but it’s still as wrong as the first time:

“It doesn’t matter what you say but how you say it!”

What this is probably meant to say is that how you say things has a strong influence on whether what you say actually makes an impact. And because of that it might happen that inferior ideas beat superior ones simply because they were communicated better.

Yet, if you care then you’ll always start with what you say. It’s why you show up in the first place. It’s what makes the difference. It’s what separates the bullshitters and the hot air producers from those who actually want to change things for the better.

For them, things might not always appear to be fair. Sometimes, it feels that these slick and sneaky marketers are just naturally talented to sell things. But, if you look closely, it’s often not that they are actually more charismatic or more eloquent. It’s just that they understand better what resonates with their audiences.

Find clarity on what success means for you and flip your inner script so you live up to it.

What are sales pitches for?

“We are awesome!” That, in essence, is the summary of 99% of all sales pitches. Yet, that’s not what decision makers care for. At all.

The long valley of hard work and despair