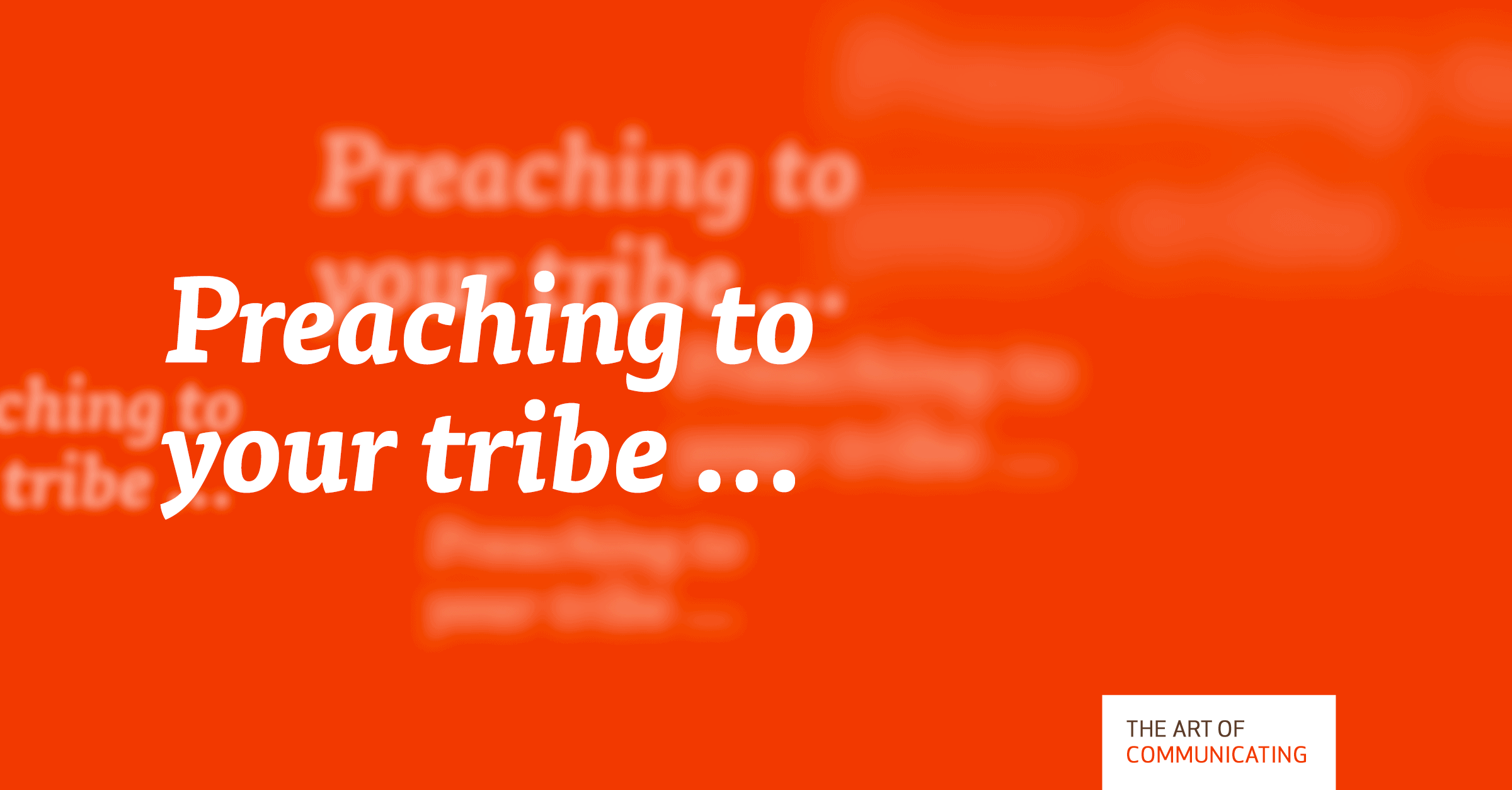 Preaching to your tribe

… only works for as long as the tribe is willing to listen to your messages.

Times change. Preachers not so often.

If the tribe decides to move along – e.g. because a new preacher comes along whose message resonates stronger in the new times – you preaching the same messages over and over again won’t bring them back.

That’s why great leaders aren’t preachers. Great leadership requires understanding what others believe. And then building paths from there to here. And illuminating these paths so the tribe may decide to take the first step. And then the next.

Be a leader rather than a preacher!

Good enough, but for what? Actually, there are two kinds of good enough: The “I don’t care” kind. The “I care deeply” kind. The former

Being a rock star

Imagine you’re a rock star. You’re about to perform in front of a crowd of 30,000. Which of these two are you: Almost all of