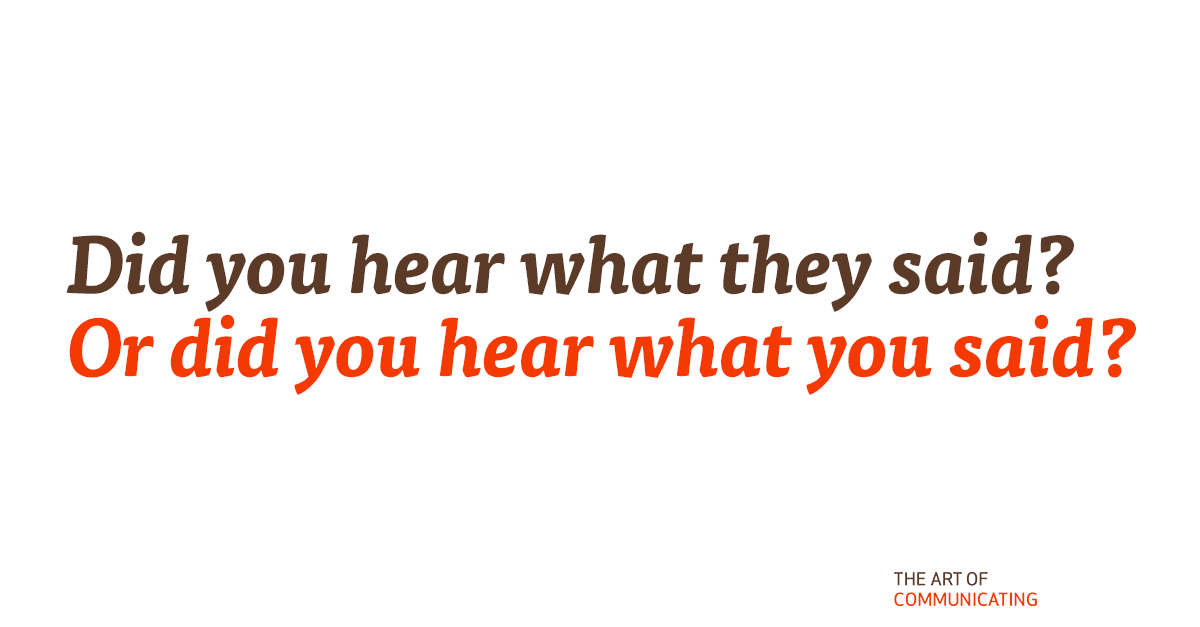 Hearing what we say

Mary walks away and focusses on stability. She has heard that Taylor agrees that is vitally important and assumes that he prioritises stability as well.

Two weeks later, disaster strikes when both discover that actually, there never was common ground. Mary wanted to hear that Taylor sees stability as important. She mistook the fact that Taylor didn’t disagree as support. The same is true the other way around.

But it’s so much more worthwhile.

Change as a measure of relevance

Most social media platforms measure engagement in order to determine relevance. Basically, the more people interact with a piece of content and the more time

Talking to a crowd of one

A speech is one person talking to a crowd. Right? Yet, an interesting shift happens when you switch your thinking from “crowd” to “people”. When

“I’m sorry” is a powerful phrase, not only in personal relationships but also in business. Many businesses struggle with saying “sorry”. When a customer complains,