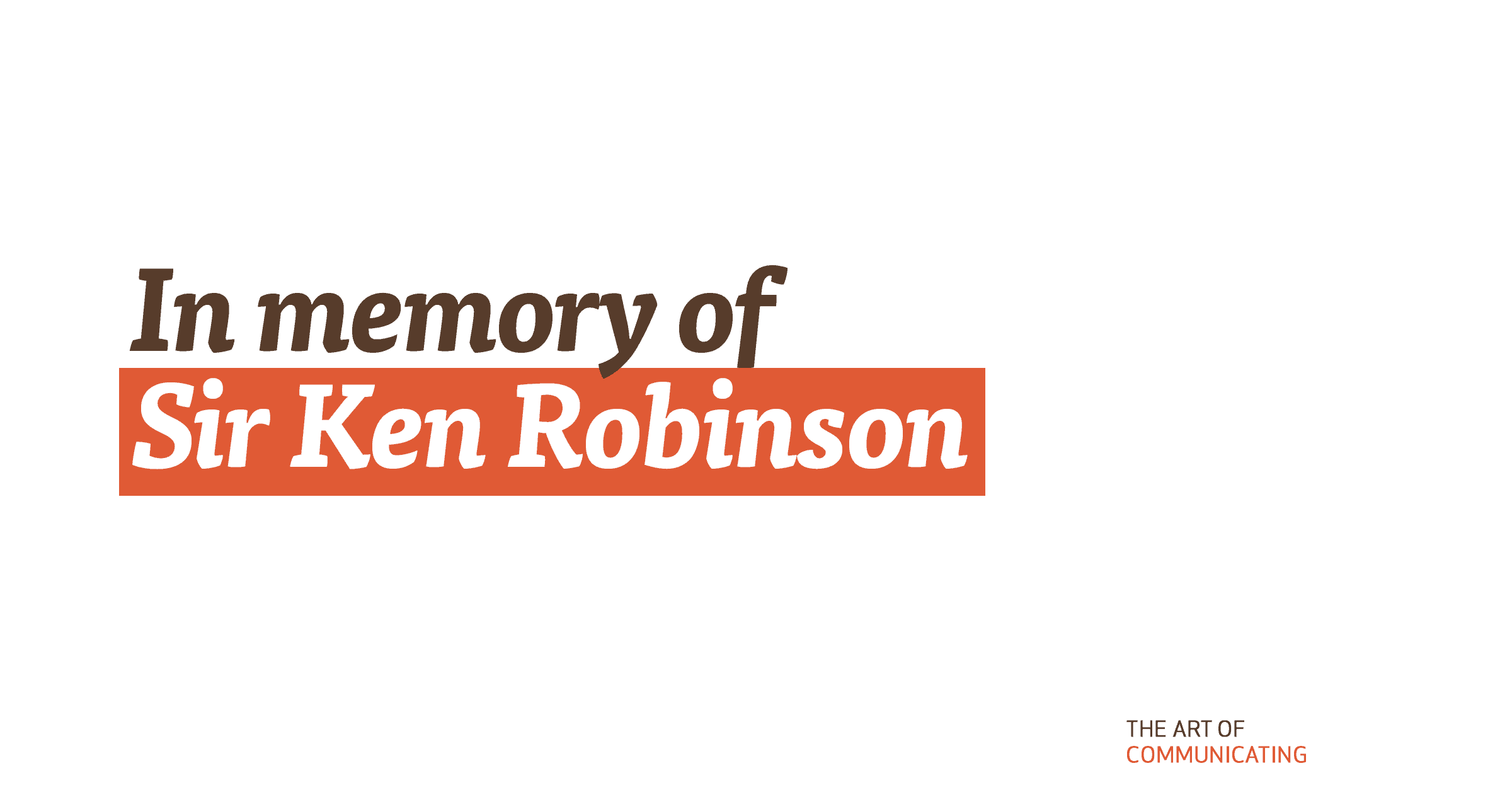 In memory of Sir Ken Robinson

It’s not the most spectacular presentation that works best but the one that resonates most.

This speech of Sir Ken Robinson not only resonated a lot with myself, but with millions of viewers around the world. It’s TED’s most viewed speech of all time. It lacks anything that would count as spectacular.

It’s pure conversation – Robinson letting us in to his mind. Inviting us to take a look from his perspective. Making us see the things he sees and feel the things he feels. Telling simple everyday stories turns his speech into a powerful message about our children’s creative potential.

It’s not fluff and decoration that makes his speech so powerful, but his thoughts that he invites us into.

“I’m going to make him an offer he can’t refuse.”

While that makes for one of the greatest movie quotes, it’s certainly not the kind of business we strive for. I don’t know about you,

Here’s the complete guide to marketing success. Ask yourself this question: “If they knew what you know, would they buy?” Depending on the answer, do

Why we need you to give that speech