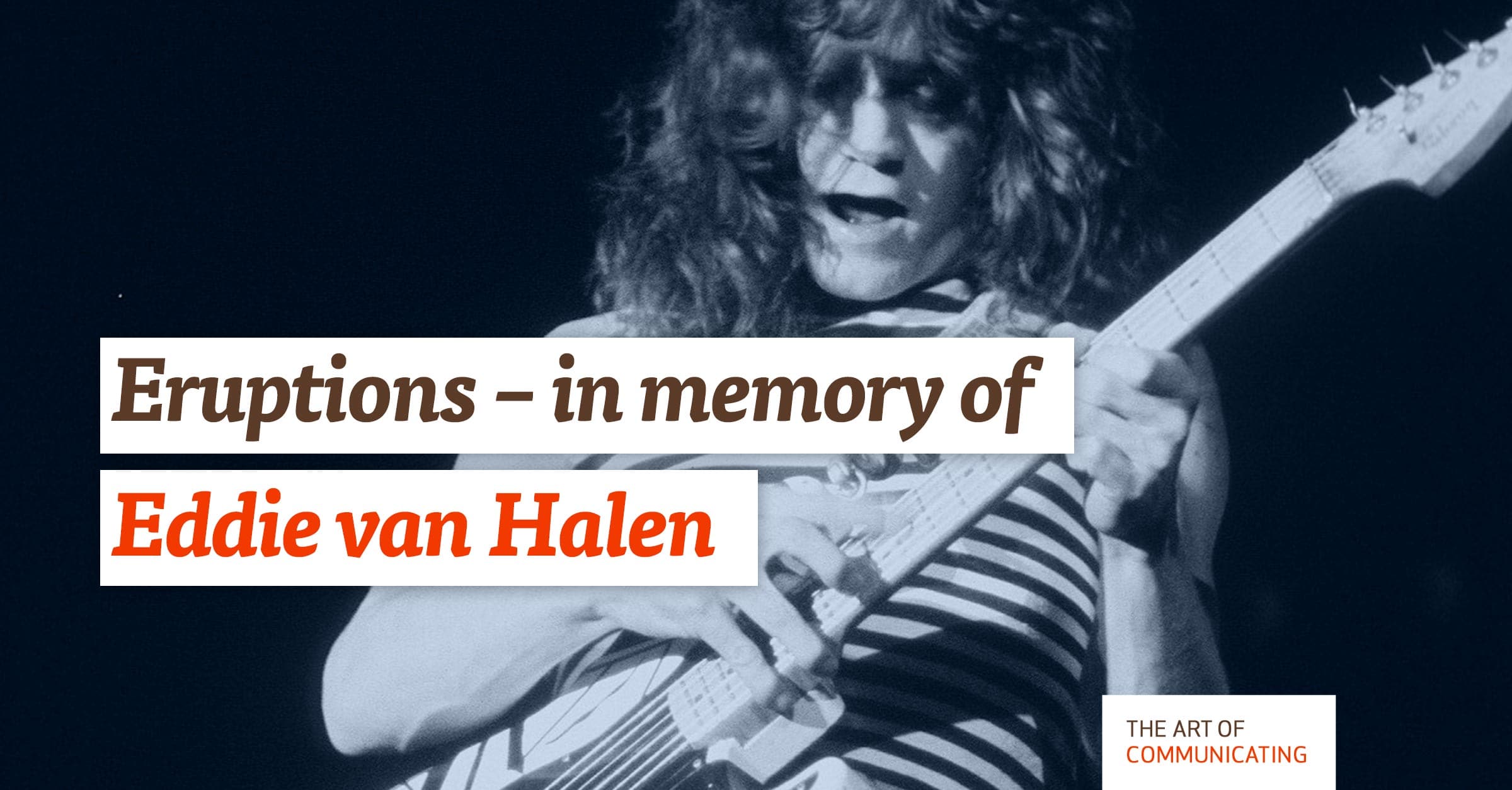 When Eddie Van Halen erupted onto the music world, he revolutionised playing the guitar forever. The world of Hard Rock and the musical styles that followed would most certainly look totally different today than they do now. We will miss Eddie. Yesterday, he died of cancer.

What sets musicians like Eddie Van Halen apart is their willingness to change things. Their boldness to walk on uncharted territory. He might not have invented two hand tapping – a technique where both hands tap on the strings which enables insanely fast melodic lines – but he certainly popularised it and turned it into a revolution. Here’s his “Eruption” solo (starting at 5:05):

People like Eddie Van Halen don’t ask what people would like to hear. They find new ways to express themselves and discover new things to offer that people like.

If you strive to please your audience, you will be shooting too low. You will be too careful. You won’t enter new paths boldly. Because, after all, what if they won’t like it?

Only if you let go of the judgement of others, only if you trust your own judgement, will you enter new paths boldly.

If Eddie van Halen had asked what his audience liked, he would never have played his “Eruption” solo – because how could he have known whether they would actually like it? Nobody knew what two-hand-tapped solos sound like. Had he asked what audiences liked to hear, he would probably just have practiced harder to play a bit faster with a traditional technique. He would never have changed the world of the electric guitar.

Thanks for confirming my opinion

The other day I stumbled upon an article that someone shared on social media with these words: Thank you for this article which confirms my

Until it doesn’t. At which point everything breaks down. All the overheads that you have allowed to grow: too expensive. All the sideways that you