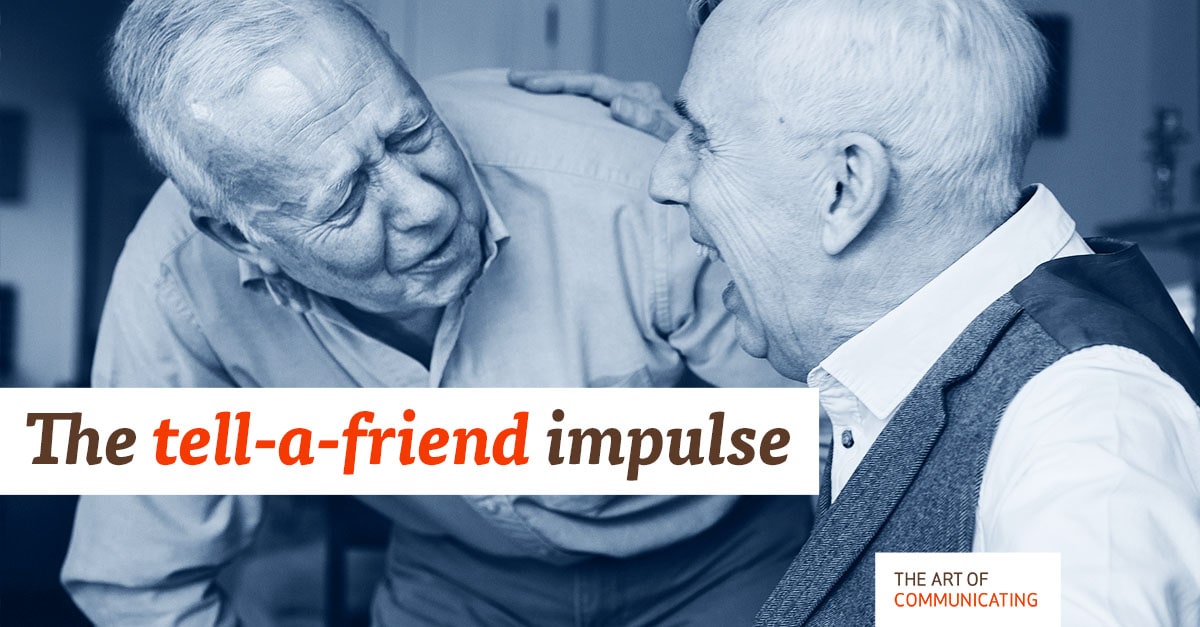 How do you scale a magazine from 0 readers to being Europe’s best selling magazine? You need three things:

Interestingly, this list starts at the end. It’s how Henri Nannen, founder of the Stern magazine and its editor-in-chief for more than 30 years, led the Stern to actually become Europe’s bestselling magazine. He demanded from his editors to start their writing at what gets passed along. Unless an editor could clearly state what a reader was supposed to TELL A FRIEND after reading an article, they were not allowed to write the article. Nannen explained the rule by an anecdote about his grandparents:

Suppose grandpa and grandma are going for a walk. Along their way they buy the newest edition of our magazine. Now, when they come home, they do what they always do: Grandma walks into the kitchen to prepare lunch, while grandpa sits down in the living room to read our magazine. Suddenly, after reading one of the articles, he closes the magazine to shout into the kitchen: “Grandma, they’re going to raise taxes again.” It’s the one sentence that felt so important to him that it created the urge to shout it into the kitchen. It’s the same phrase that he’s going to tell his friends when he meets them in the evening. When we don’t decide what that phrase will be, grandpa’s just going to decide for himself.

Challenging the way we approach keynotes

In-person events aren’t going to happen for a while. With their recent keynotes, Apple embraced this by not even trying to pretend that they were

Marketers often think about stories as a tool in their communication toolbox. You have your product. And then you start looking for a story to

Duracell provides 25% of all batteries worldwide. When you think of Duracell, what do you think of? Quite likely it’s one of these commercials: The