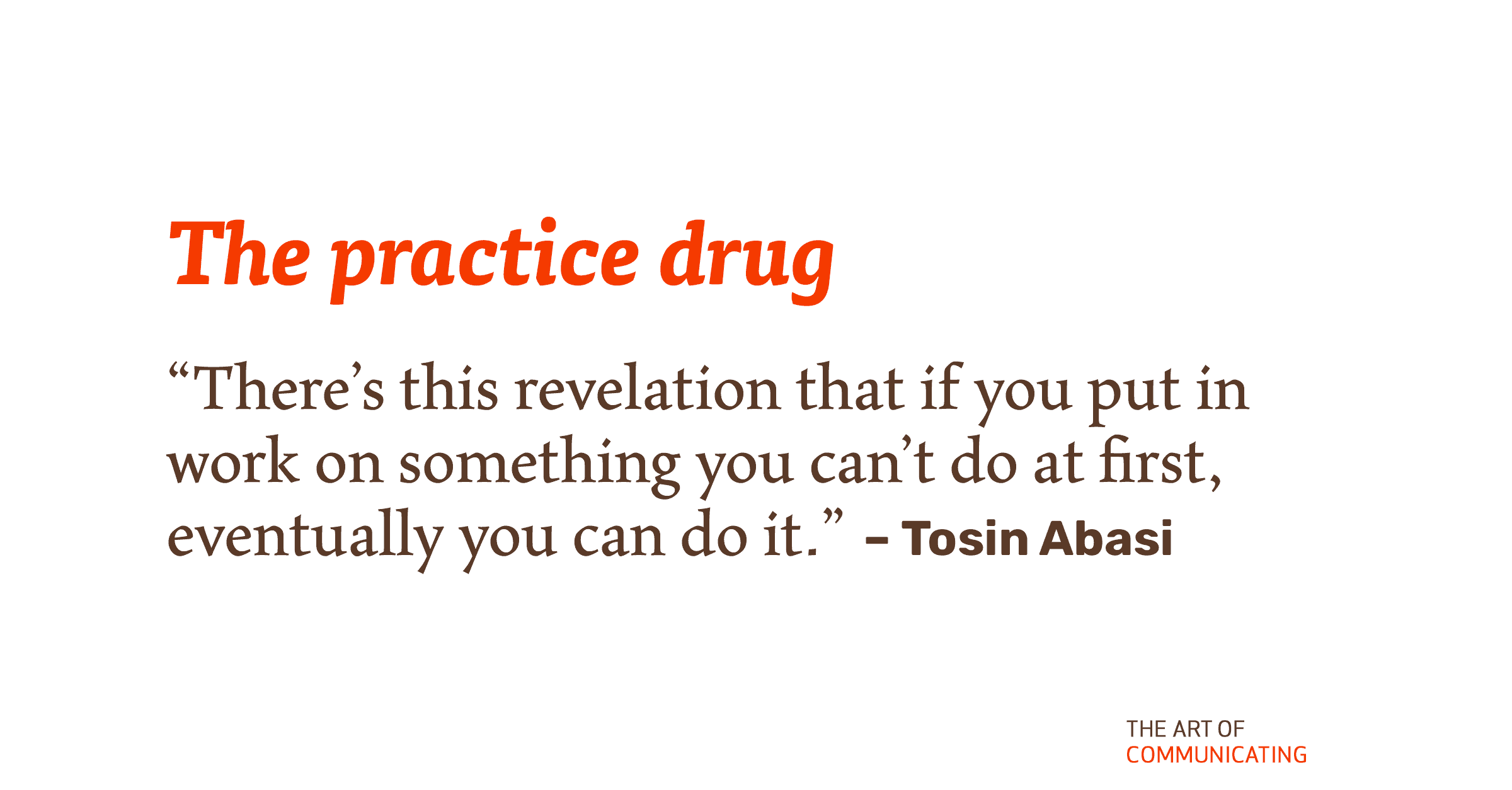 In a world of get-rich-quick advice it’s an eye-opening journey to explore the realm of world class musicians who practice an insane amount of time to get to the level they’re at.

Tosin Abasi is one of them. He’s the lead guitarist of Animals as Leaders and you probably haven’t heard of him (their music is at times hard to digest for some). His unique technique is crazy and he does things on the guitar that even experienced players wouldn’t even consider possible.

When he was asked if he indeed practised 15 hours a day and why, he replied:

What happens is there’s this revelation that if you put in work on something you can’t do at first, eventually you can do it. And the first time that happens it is kind of like an addiction. You want it to happen again. And the more it happens, the more you’re confident that it can happen. So you start chasing your potential.

For Abasi, practice is a drug. A drug that provides him with the feeling of achievement and possibility.

You might not be willing to invest 15 hours a day practising your craft. But if there’s something you can’t do but see others doing, it might just be that they have been willing to invest the time to practise.

Knowing that something can be done is quite different from being able to do it. The former can be achieved by reading inspirational blogs or watching YouTube, the latter often requires practise.

A question I get asked a lot is how to offer bad news. The thing with bad news is that they won’t magically turn into

How did you brighten someone’s day today?

Did you say a word of appreciation to someone who needed to hear it? Did you give to someone more than you needed to give?

Here’s a random piece about my teenage years. It’s about trespassing. In fact, it’s about the album “Trespass” by Genesis. I bought the album back