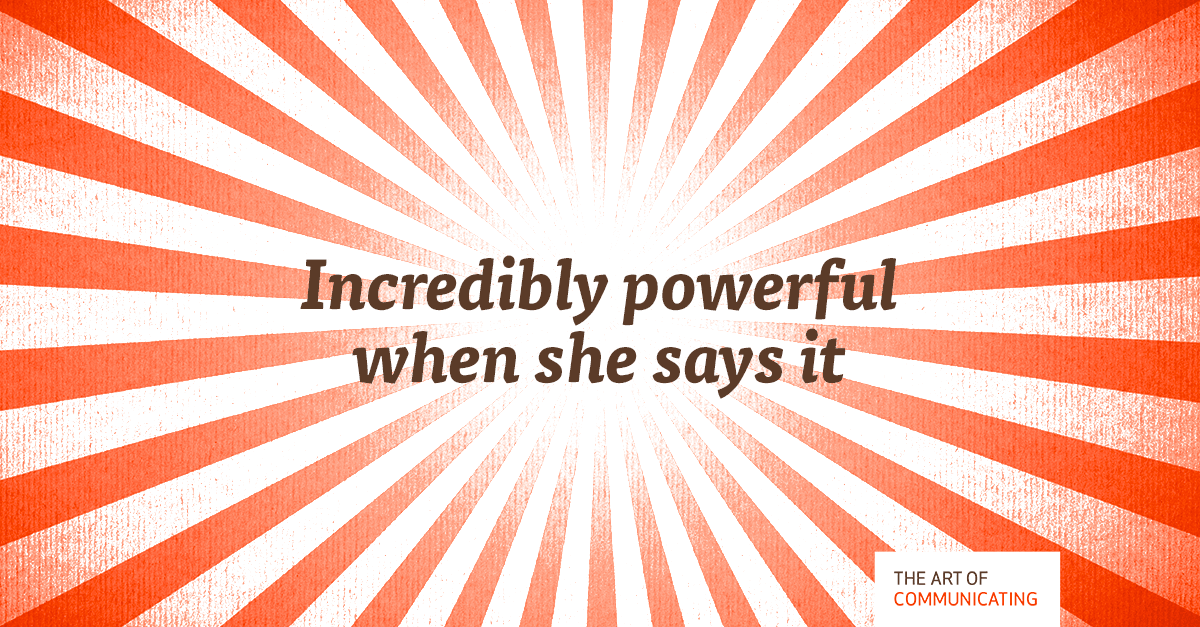 So incredibly powerful when she says it

“It sounds so incredibly powerful when she says it.”

But why is it that the same thought that you’ve thought a thousand times suddenly becomes powerful when you hear it ushered out of the celebrity’s mouth?

Because it’s immediately turned into a story. It gets filled with all the things that she’s achieved and said before. She embodies it and so you fill out all the missing pieces. When she says it, it becomes a profound truth that has enabled her path.

The crucial bit, though, is that when we experience a story it’s the hero we look at but it’s us who we see. We project ourselves onto the hero’s canvas.

It’s not so much that you agree with her but that she agrees with you – which elevates you onto the hero’s podium. She’s picking up your thought. You’ve become the hero because the hero’s saying your thoughts and feelings.

That’s the power of lighting the path. Putting in words and saying out loud what your audience thinks and feels. It’s incredibly powerful.

There’s this small shop in town. It’s got a writing on the window that says “We make hand-crafted shoes“. Through the window you can spot

I don’t know much

We had this mathematics professor at the University. During a discussion about some topic or another, he would often emphasize that he was not very

A third kind of marketing

First, we had push marketing, then came pull marketing. We need to go beyond both … Back in the old days, marketing was basically push