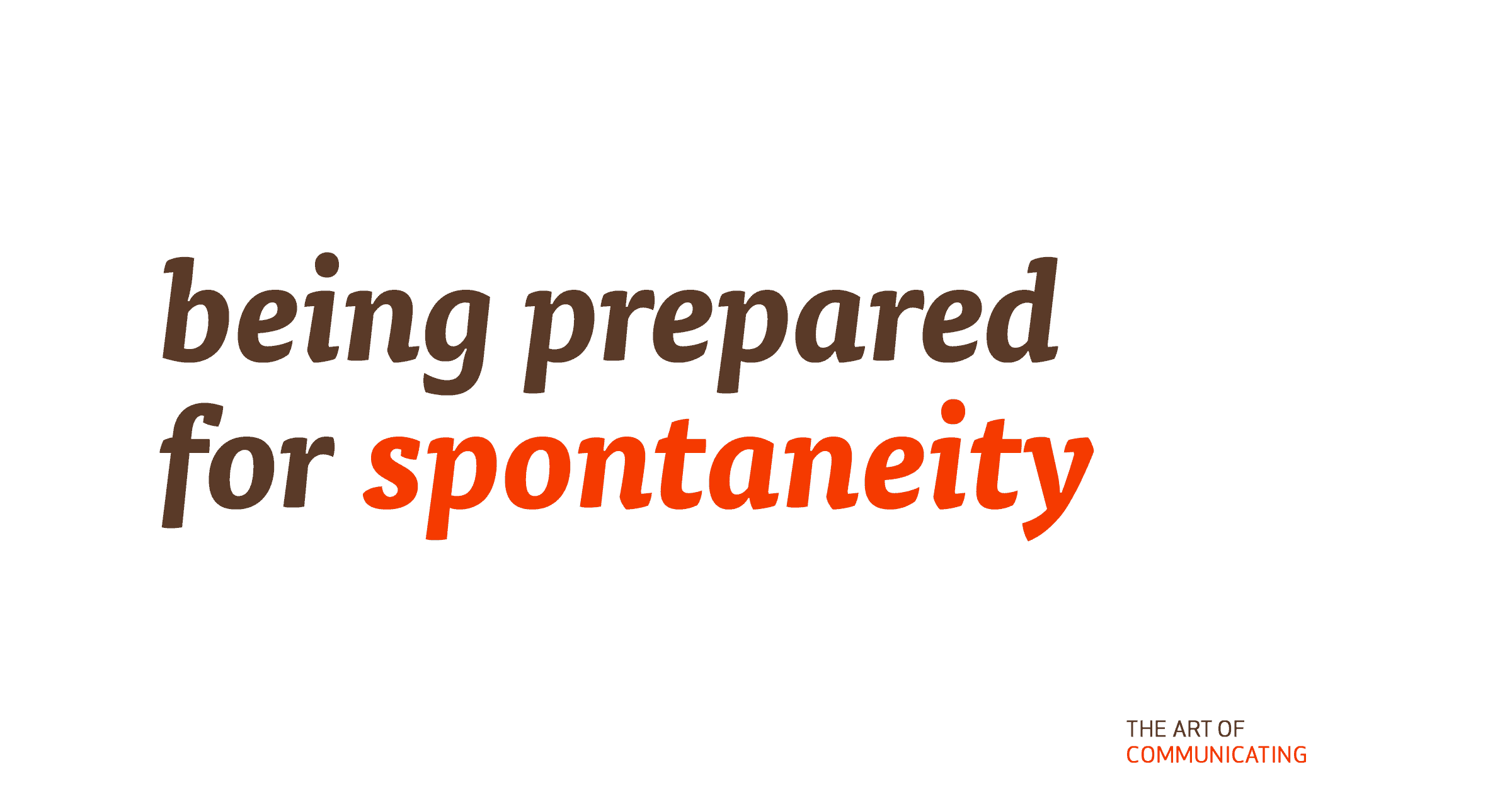 A lot of people tend to think that improvising is about being super spontaneous. What gets easily overlooked is how much improvising has to do with being prepared to be spontaneous.

For example, the master improvisers in music don’t just walk on the stage and start playing what comes to their mind. Or, in fact, they do. But they do it after years of practising.

They have experimented a lot. Played a lot of wrong notes. Been surprised many times by an unexpected turn of their fellow band colleagues. Thought of a line that their fingers just couldn’t implement.

And therefore they are able to react masterfully to every turn that their fellow musicians are taking while their hands are able to quickly play what their mind is thinking.

When you improvise unprepared you’re probably going to hit a couple of lucky goals. But you’re going to miss just as many. In essence, you’re leaving success to luck to a large degree.

(Which, by the way, is a comfortable place to be in for some because you can always put the blame on the fact that you haven’t actually prepared and were just winging it and if only you had prepared you of course would have performed better.)

That’s not to say that you shouldn’t start to improvise when you’re just starting out. It’s rather a motivation to dig deeper in order to become better at improvising.

A few things people care about: feeling seen and heard appreciation for their effort their family their employees a day off with their children improving

Speaking is a privilege, not an obligation.

When you’re testing a new approach, are you really testing it or are you just playing around? When we play around, we don’t expect to