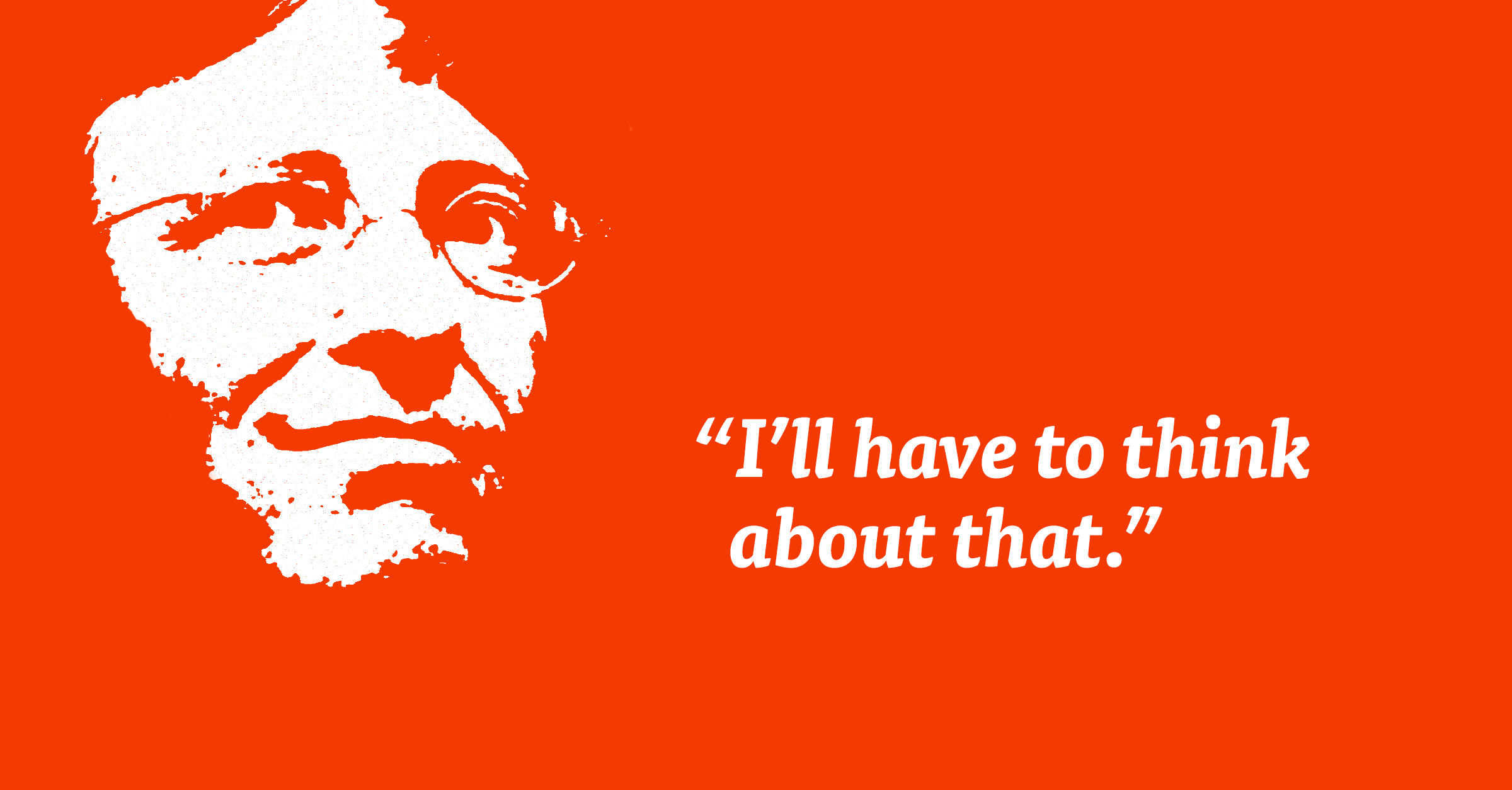 “I’ll have to think about that.”

In his biography, Larry Ellison recalls a conversation he had with Bill Gates on the phone that left him stunned:

“I didn’t agree with him on some point, and I explained my reasoning. Bill says, ‘I’ll have to think about that, I’ll call you back.’ Then I get this call at four in the afternoon and it’s Bill continuing the conversation with ‘Yeah, I think you’re right about that, but what about A and B and C?’ I said, ‘Bill, have you been thinking about this for the last five hours?’ He said, yes, he had, it was an important issue and he wanted to get it right. Now Bill wanted to continue the discussion and analyze the implications of it all. I was just stunned. He had taken the time and effort to think it all through and had decided I was right and he was wrong. Now, most people hate to admit they’re wrong, but it didn’t bother Bill one bit. All he cared about was what was right, not who was right.”

Leaders who light the path don’t try to be right, they try to get it right. They don’t care for who’s right but what’s right.

In the corporate world, outlines are still pretty much mandatory at the start of a presentation. Also, they are pretty much wasted time. Outlines have

What Rocky teaches us about business storytelling

Almost everyone has been Rocky at one point in their life. You just knew that you have what it takes … if only the world

“My idea is complex, I can’t possibly leave this aspect out or that. I mean, what if someone misses the thing I’d leave out? It