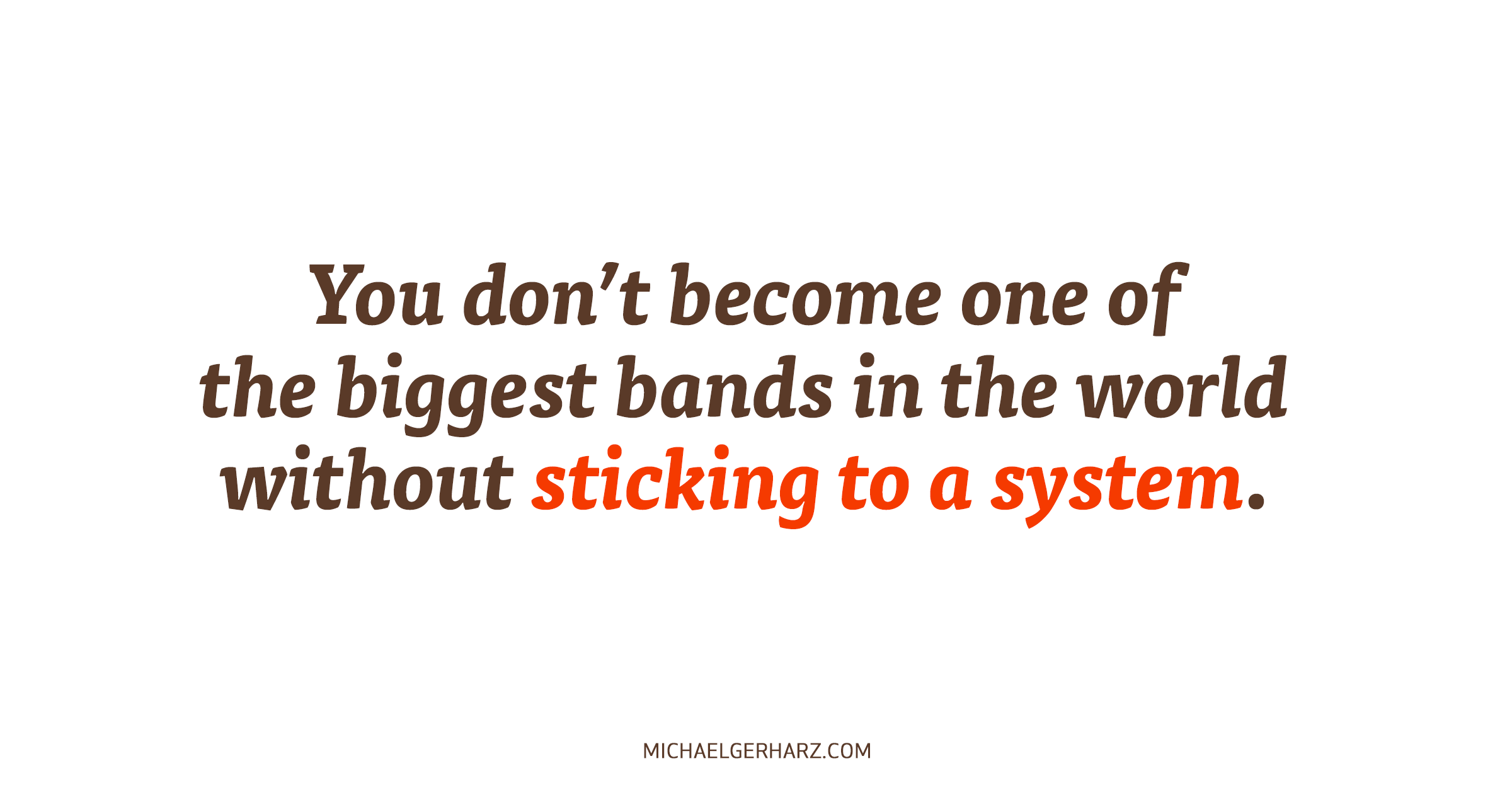 How to become a megastar

Here’s an interesting piece from Apple Music on the band Coldplay:

You don’t become one of the biggest bands in the world without sticking to a system. In Coldplay’s case, that means starting every album with an agreed-upon title that dictates the project’s direction, from songwriting to production style to visuals. “It allows us a little bit of discipline in the studio knowing what we’re trying to build,” bassist Guy Berryman tells Apple Music. “If you’re building a building without any kind of architect’s drawings, you would just start piling bricks on top of each other.”

It’s easy to assume that artists are these creative geniuses that just wait for their genius to strike. That they just pick up their instruments and come up with some great idea. But this quote from Guy Berryman proves that this is not how the music business works.

It’s not only a lot of effort. It’s also a disciplined approach. And one that starts with clarity.

The same is true for almost any endeavor – such as building products, founding companies, writing books, you name it.

Getting clarity about where you’re headed before you actually build the thing will lead you to build something much more meaningful … much faster.

Alex is brilliant. Her words are often full of wisdom. In fact, I only know a handful of people who know as much about their

The things we see

The only reason to give a talk is that there’s a gap between what your audience sees and what you see. The purpose of a

Speaking with clarity is a habit