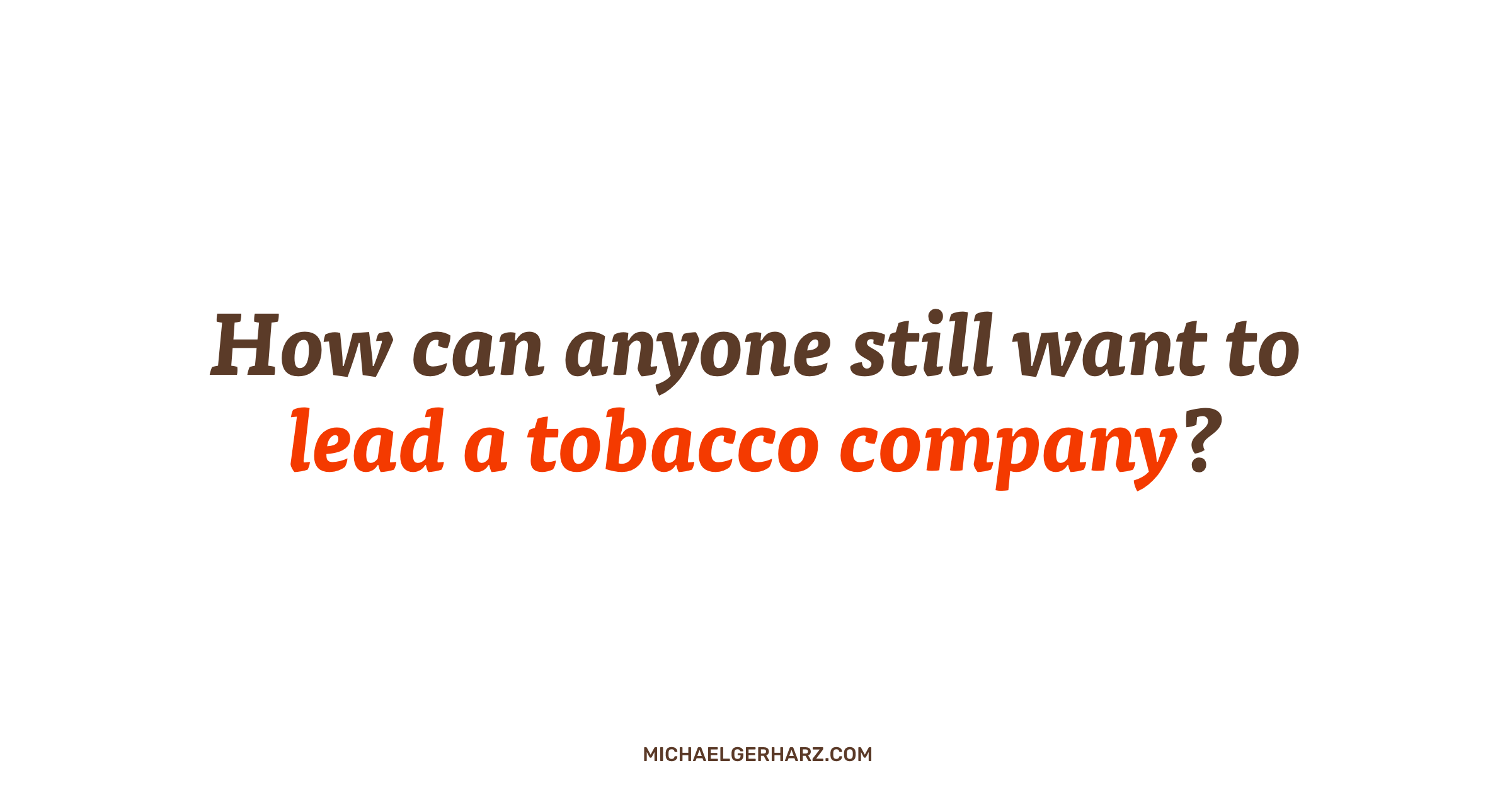 How can anyone still want to lead a tobacco company?

It’s hard to understand how, after 1964, anyone could still want to lead a tobacco company.

The surgeon general’s report from 1964 clearly and unmistakably linked smoking to lung cancer. And yet, here we are. It’s 2022 and smoking is still a thing (a huge thing, by the way), people are still running tobacco companies, managers are still risking smokers’ lives.

A statement from 1979 by Ross Millhiser, then vice chairman of Philip Morris, sheds some light on how this is even possible. He said:

“I love cigarettes. It’s one of the things that makes life really worth living.”

Philip Morris was (and probably is) run by people who actually love smoking.

That’s what’s so hard to understand for people who believe in better. When you see so very clearly why some behavior is bad, it’s easy to jump to the conclusion that there is no other way of looking at things.

But different people can have vastly different value systems.

Millhiser didn’t even need to disagree with the health reports. For him, it was sufficient that he loved smoking. He wanted to smoke despite the impact on his health.

You don’t change people like Millhiser by insisting stronger, louder, and longer on how you are right and they are wrong. They know that.

But they still decide to make different life choices than you do. No matter how mad you get at this stance, you won’t change it.

Your effort is better spent at taking actions that have an actual chance of making an impact, for example, by choosing an audience you actually can convince (like, for example, the government). Or by speaking about the things that make life even more worth living than a cigarette. Better even: by inventing these things and then speaking about them.

A diamond needs to be polished, not decorated

Purity is what makes diamonds beautiful. You polish it and shape it to take it’s purest form. What you specifically don’t do with diamonds is

There’s a better way to write an “about us” page than the usual way. The “us” in the “about us” is usually taken to refer

When we care deeply

When we care deeply, we’ve got a problem. Because often, we find ourselves competing with others who don’t care as much. Or, to be more