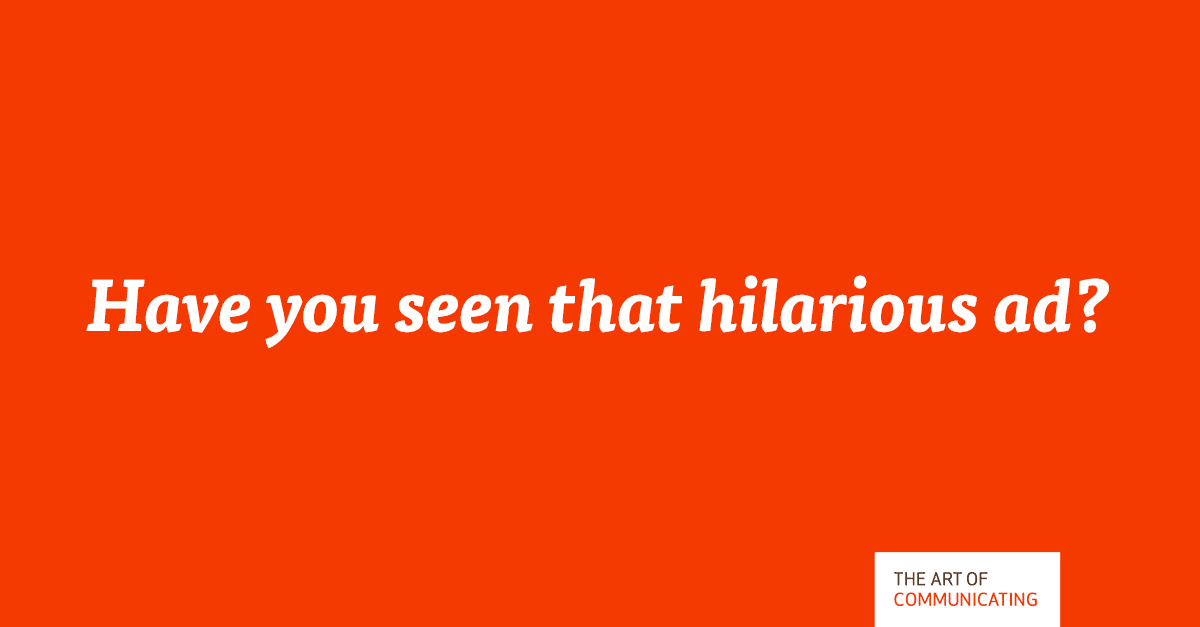 Have you seen that hilarious ad?

I’m sure you know that ad. Or a similar one.

You may also know that elaborate talk in which the speaker so eloquently used all sorts of linguistic devices. Or that presentation with the beautiful slides. That website with the clever animation.

The audience cheered. But they never bought.

Because they didn’t get the point. And thus, didn’t buy. Or worse, they bought but now they are disappointed because they expected something different.

A lot of effort goes into optimising the looks of a piece or the feel of a talk to build something that’s super beautiful, hilarious, eloquent, and clever.

Something that hits right into the bull’s eye.

Only that it’s been the wrong target. Not the one that was intended.

That’s because a lot of communicators start with refinements before they get the big picture right. They start with the details before the focus is properly set.

It’s much more effective to get the target right first. What is that piece for? Who is it for? What needs to change for them? What do they need to make the leap from there to here?

Many people have a strong distaste for selling. They neither like to be sold to nor to sell themselves. To them, selling has the smell

The house is on fire

Think of a great book you enjoyed lately. How did it begin? Mine started with a burning house. Great authors know that once the reader

Donald Knuth pays $2.56 for every error that you spot in one of his books. Checks are rarely cashed, though, as the receivers prefer to