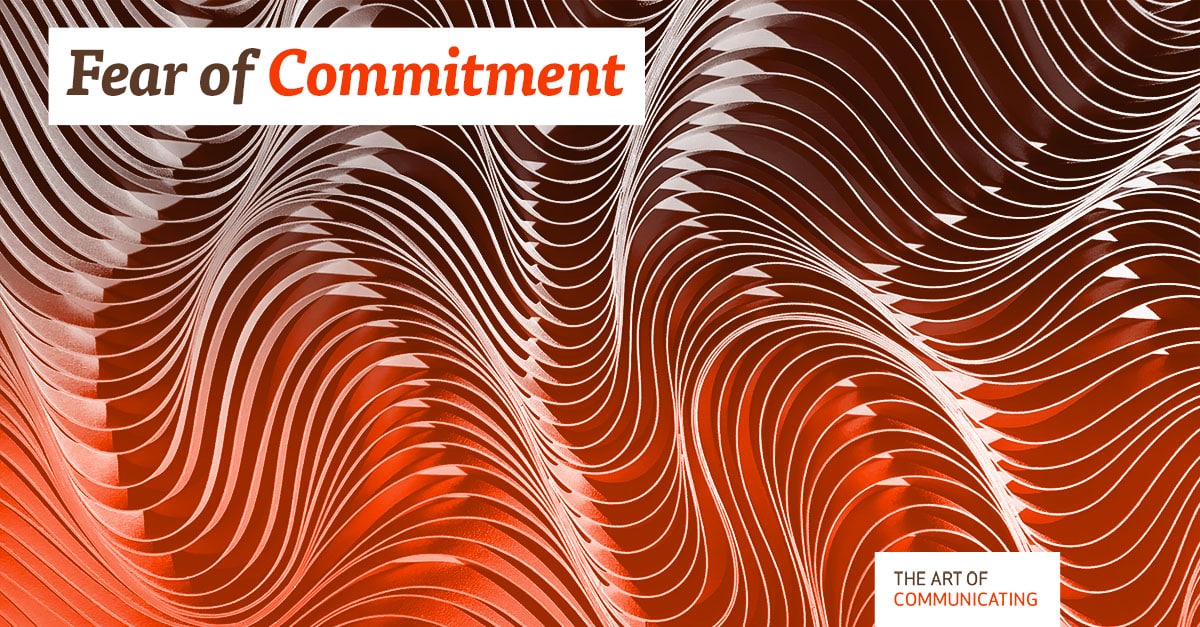 Better to play it safe because what if they don’t like it, right?

Fear of rejection is one of the huge roadblocks in many corporate cultures. When failure is not tolerated well, it keeps people from exploring the edges and crossing boundaries.

And yet, it’s not always missing tolerance that causes people to play it safe. Sometimes, fear of rejection is a comfortable hiding place from the actual fear which is much rather a fear of commitment.

Bad bosses who don’t tolerate failure mean that it’s not my fault when I don’t make bold moves. It’s their fault. It’s the bad culture. In a different culture, with a more tolerant boss, I would dare bravely.

And probably you would.

But probably you wouldn’t.

Because what if it’s much rather the effort that you fear. The effort to cross the boundaries and come up with something that’s so good that rejection is not an option.

Fear is a compass. Quite often, it’s a tool that forces us to decide whether we want to stick out or fit in.

The Cult of Storytelling

Who made the call that everything needs to be somehow fitted into a storytelling framework? That every single piece of information needs to be decorated

Too many great ideas, products, and projects fail at the final hurdle if the pitch doesn’t convince the decision maker. This is kind of frustrating

Walking in their shoes

Hope, you are well! How does it feel to walk in someone else’s shoes? It’s a question that we don’t ask as often as we