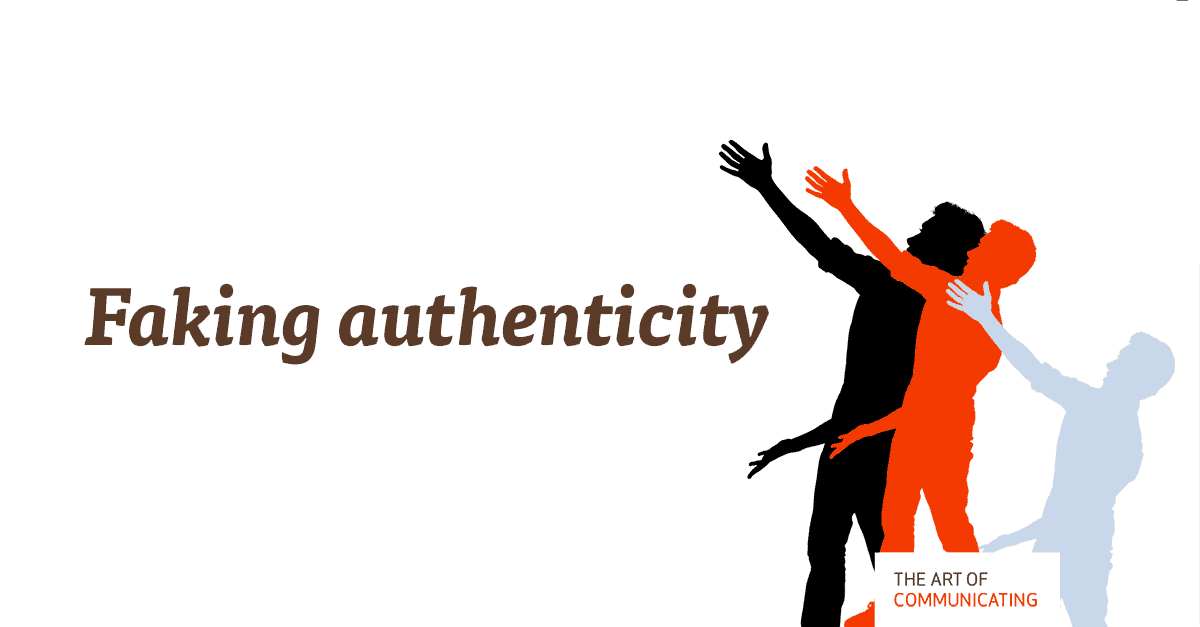 Authenticity is always in the eye of the beholder. When our audience experiences what we say to be in sync with how we say it, they perceive us as being authentic.

And it turns out that audiences are quite good at it. Humans are super good at pinpointing when something about the way a person speaks feels “not quite right”.

Often, it’s just subconscious. Few can actually pinpoint where this feeling comes from. But, the gut feeling is there. We have a good instinct when someone isn’t quite honest. Or when they don’t really believe in what they say themselves.

A lot of confusion stems from the assumption that we could easily fix that by working on our body language or improving our voice.

We can. But not easily.

Just look at all the bad acting on TV. This is by people who have worked hard for many years to learn the craft of acting. And they are still not at a level where we find them convincing.

Now, just imagine the level of “authenticity cheating” that you can achieve by taking a few lessons on body language or reading a couple of books on it.

It’s not going to work.

A much better approach than to work on appearing more authentic is to work on becoming authentic. And that doesn’t start with how you speak and move but with what you say.

Authenticity starts with the story we tell.

“This is so hard but the eloquence with which you’re using words tells me that you must be a natural born talent.” Only that she

Marketers strive for a WOW moment. But the WTF moment is even stronger. WTF is short for “I can’t believe that this is possible!” It

The Leaders Light the Path Manifesto

Every change start with someone who sees a better future.Change happens when you make others see what you see. Introducing the “Leaders Light the Path