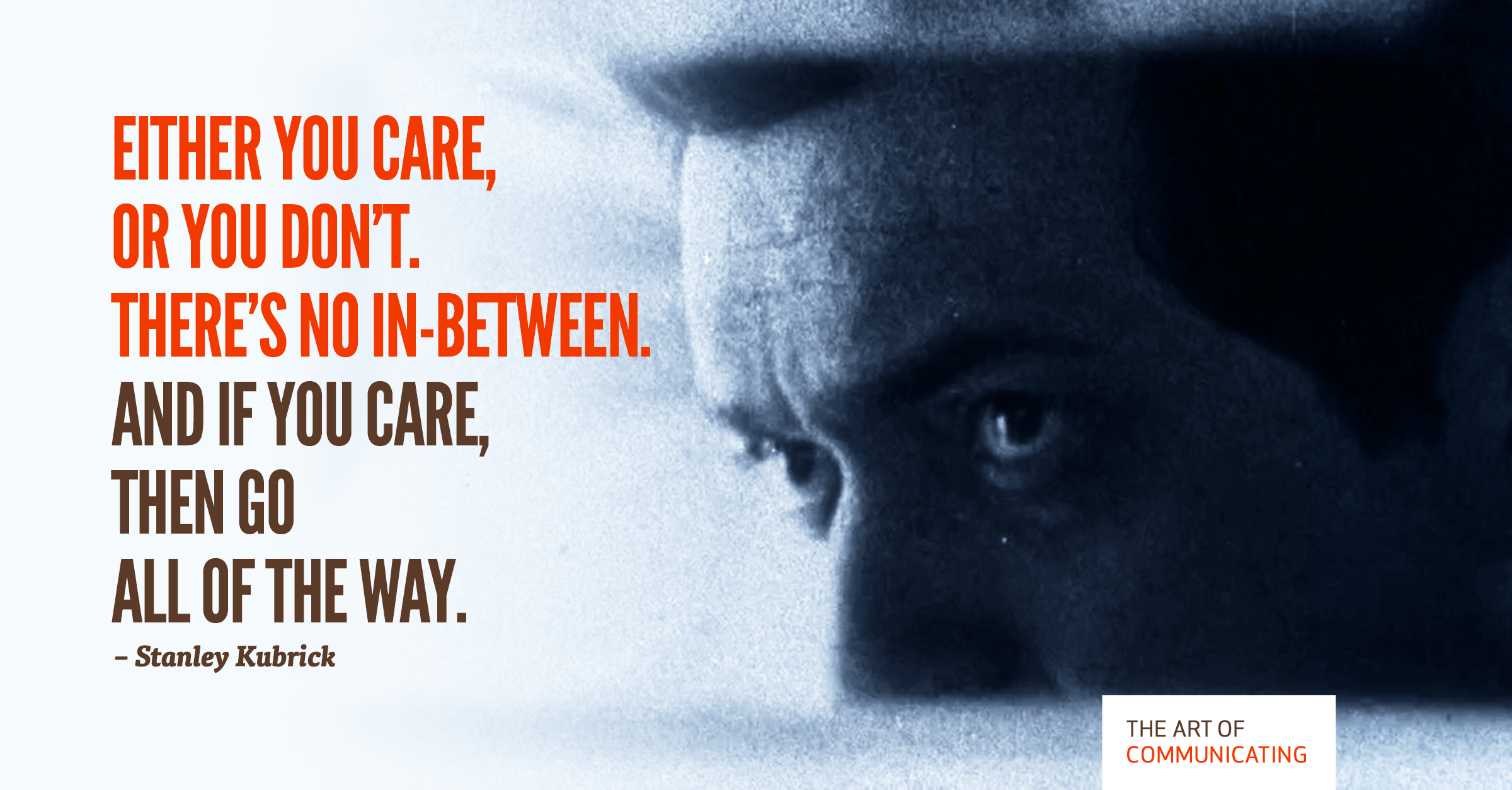 Either you care or you don’t

Either you care or you don’t, there’s no in-between. And if you care, then go all of the way. – Stanley Kubrick

Almost compelling is another way of saying “not compelling”. Almost sold means not sold. Almost inspired is not inspired.

Keep in mind, though, that the crucial word here is “not”. By saying “not important” to most destinations it becomes feasible to say “important” to the right ones and mean it. Dismissing the paths you’re not willing to go ’til the end allows us to follow the right path to its end and invest the effort that is necessary to reach our goal.

(Interestingly, your audience will often sense it when you are not willing to go all of the way.)

So short it fits in my head

That’s a rule that has served me well for quite some time now: To focus my effort on only the things that fit in my

Until it doesn’t. At which point everything breaks down. All the overheads that you have allowed to grow: too expensive. All the sideways that you

“What’s in it for them?” is in my top 3 of most misleading speaking advice. It sounds perfectly reasonable. Of course our audience wants to