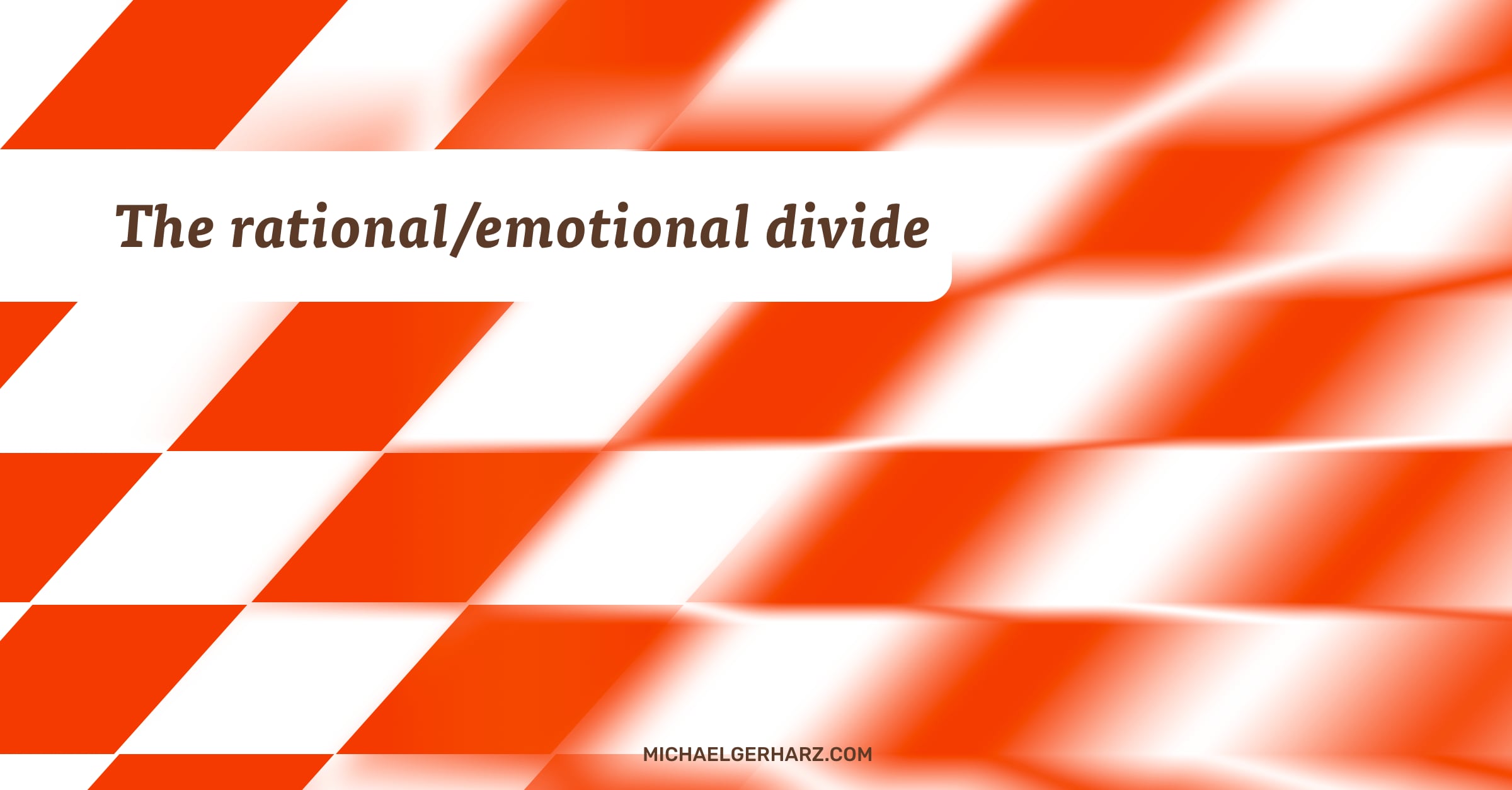 Both increase their volume, the rational side by elaborating their arguments in ever greater detail and citing even more rational voices, the emotional side by shouting louder, crying harder, or damaging art more badly.

While both fail to see that almost no problem worth discussing has a 100% rational or 100% emotional answer to it.

Part of today’s divide in societies stems from an ignorance about this duality on either side.

And so, both try to win the game by playing it according to their respective rules – which of course means that no-one can win as they don’t even play the same game.

The irony is that it might not be about winning at all. That it’s not about who is right but about how to get it right.

Someone’s got to start. It could just as well be you.

Someone’s got to suffer

The journalist and language teacher Wolf Schneider famously said: “Someone’s got to suffer, the writer or the reader.” The same is true for speakers and

For many communicators, the default way of communicating is to try and make people want what they have to offer. Thus, they work hard to

The first thing I changed when I got in charge of my first project was to shift the deadlines from Mondays to Fridays. In our