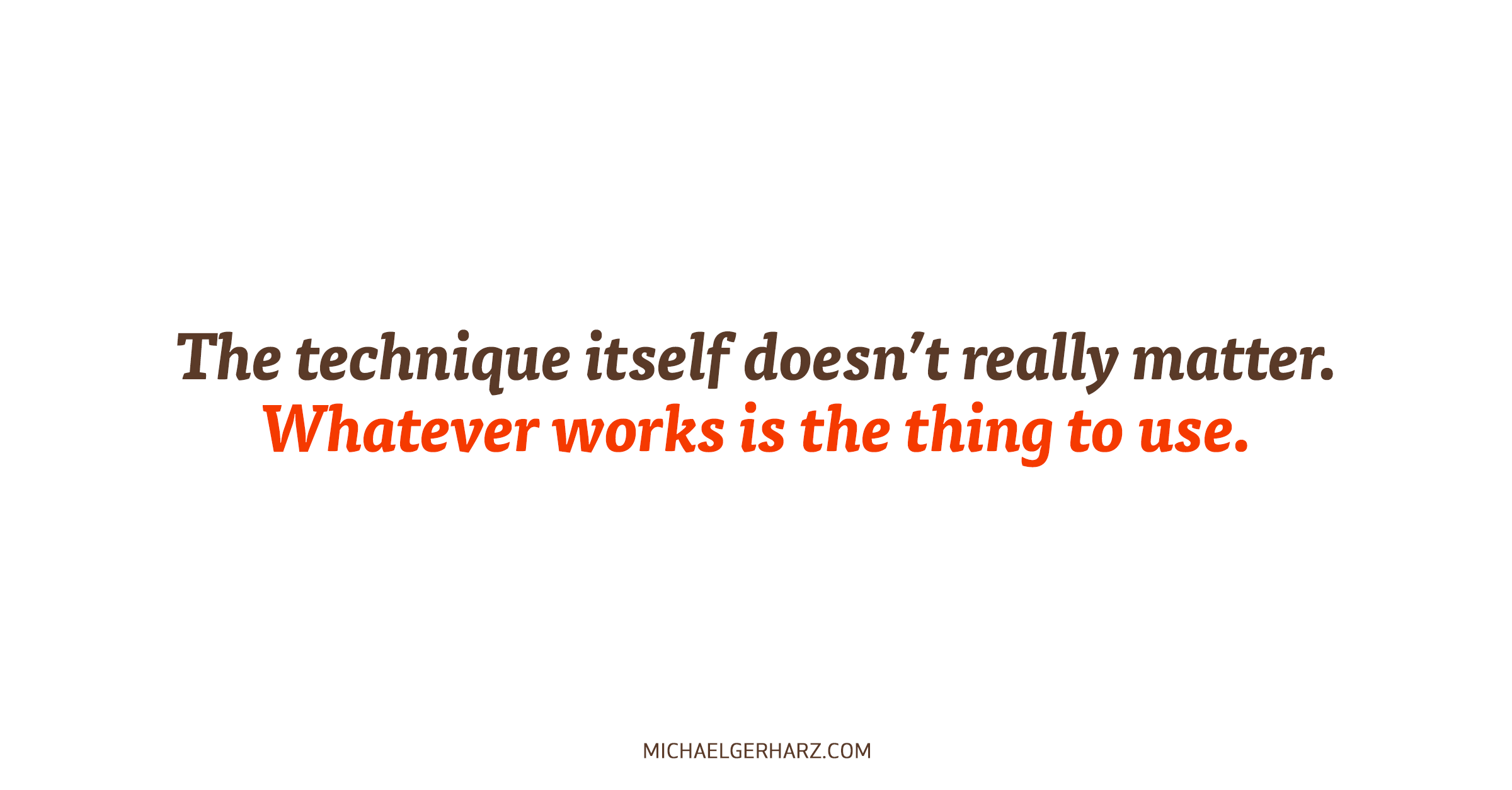 That’s why I use cutout. It’s the quickest and easiest form of animation that I know. – Terry Gilliam (Monty Python)

The quote is taken from this clip and dates back to 1974:

And yet, for Monty Python’s fans they worked. Terry Gilliam, who was responsible for all of the group’s animations, explains why:

The whole point of animation to me is to tell a story, make a joke, express an idea. The technique itself doesn’t really matter. Whatever works is the thing to use.

It’s easy to get lost in perfecting your technique. Using the latest and greatest methods to make shiny trailers that look professional, take an awful amount of time to make and, well, fail to make the point.

Terry Gilliam was more interested in making the point rather than using the fanciest technology. “Whatever works is the thing to use.”

He started from the story, not from the technology. Once he was clear what story to tell, he was looking for the easiest way to tell this story. For him, it was paper cuts. For you, it might be something completely different.

Whatever it is, start with the story and then use whatever works to tell it.

The things we see

The only reason to give a talk is that there’s a gap between what your audience sees and what you see. The purpose of a

Clarity is a tricky beast. We can feel inner clarity but sense outer confusion. Confusion’s best mate is the Curse of Knowledge which reassures us

In the 50s, Rolls Royce claimed that their cars are super quiet. But how quiet were they? Here’s how Rolls Royce explained it: “At 60