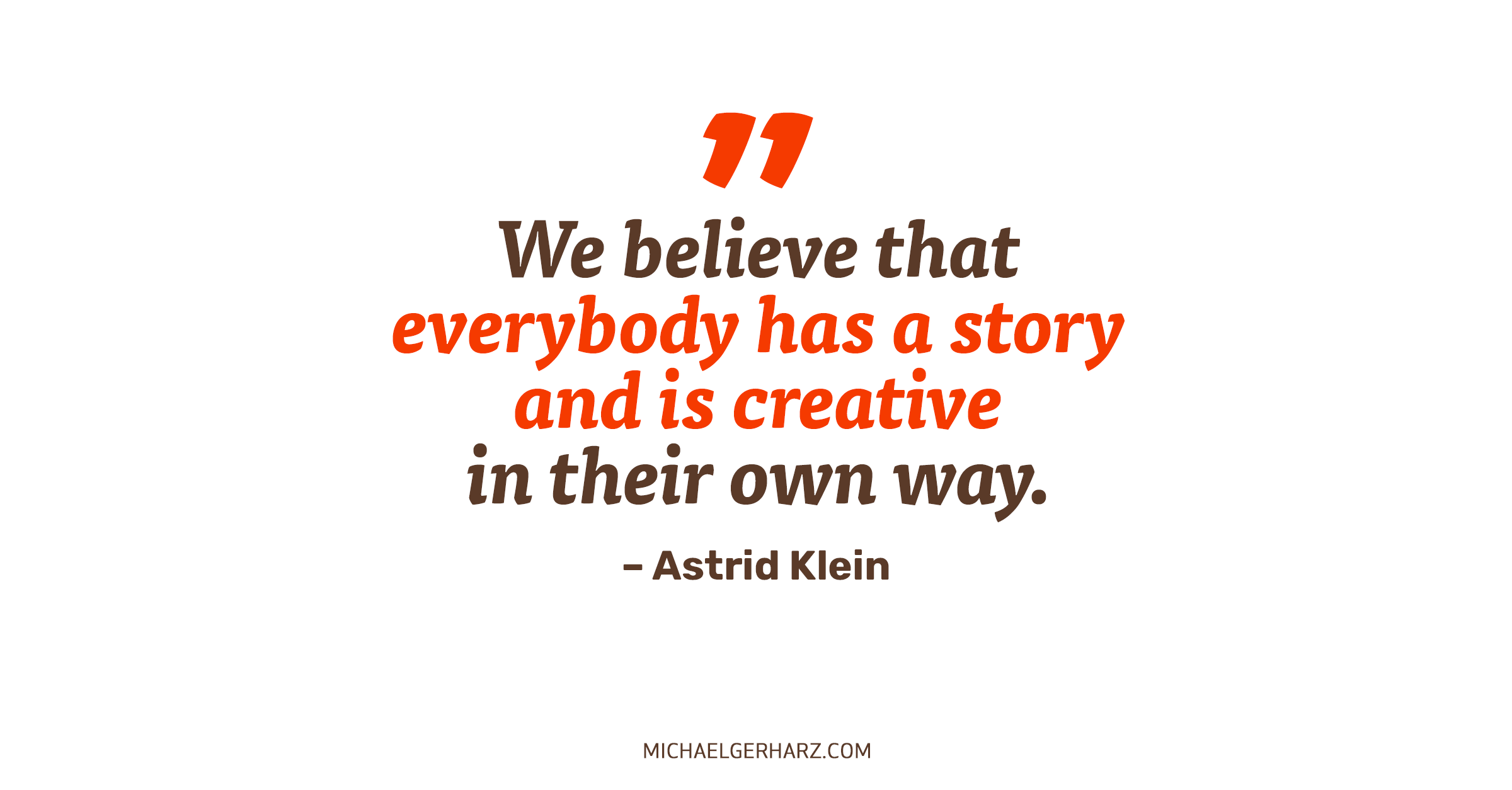 “We believe that everybody has a story and is creative in their own way.” – Astrid Klein

The two founders of the PechaKucha movement have changed the rules for presenting forever. In a world that was used to death by PowerPoint with presentations that seemed to run forever while leading nowhere, they established a format that has made quite an impact.

PechaKucha Nights are held everywhere across the globe giving everyone a stage and the chance to tell their story and let us in into their world.

Thomas made his nomination with these words:

“German news magazine DER SPIEGEL once called PechaKucha speakers ‘pop stars of PowerPoint’. While that’s a cute description it’s also one that doesn’t quite do justice to what PechaKucha is really about.

First (and obviously), PechaKucha is a strict presentation format: exactly 20 slides each advancing automatically to the next after exactly 20 seconds, adding to a total of 400 seconds, i.e. 6 minutes and 40 minutes. Every presentation is the same length and has the same format.

But underneath, PechaKucha is way more. By spreading across 1200 cities around the world, PechaKucha gives a stage to the unheard voices. It allows people like you and me to talk about what matters to them. That to me is the power of “EVERYBODY HAS A STORY”. PechaKucha gives the opportunity to tell it. It’s also why the Spiegel headline is not quite true. It’s not for pop stars. It’s for everyone.

Astrid Klein and Mark Dytham have done an amazing job of fostering that movement. To me, they serve as a role model for leaders who light the path.”

I couldn’t agree more to Thomas’ words. Recently, I’ve had the pleasure to chat with Astrid and Mark and they deserve every word that Thomas has said about them.

What struck me most was their deep belief that everybody is equal. In their own words: “PechaKucha is about democratizing the stage”.

It gives everyone an opportunity to speak up. It surfaces those voices that don’t consider themselves pop stars but have stories to share that are just as interesting – often even more so – than the ones that the pop stars, influencers, and gurus share.

On their freshly remade website there are a lot of gems to discover. Head over to discover some.

And then, when you come back, read the “Leaders Light the Path” manifesto and nominate someone yourself. It’s really easy.

If they knew what you know …

Would they buy your product?Would they follow your recommendation?Would they feel valued by your offer?Would they approve of the way you achieve the goal?Would they