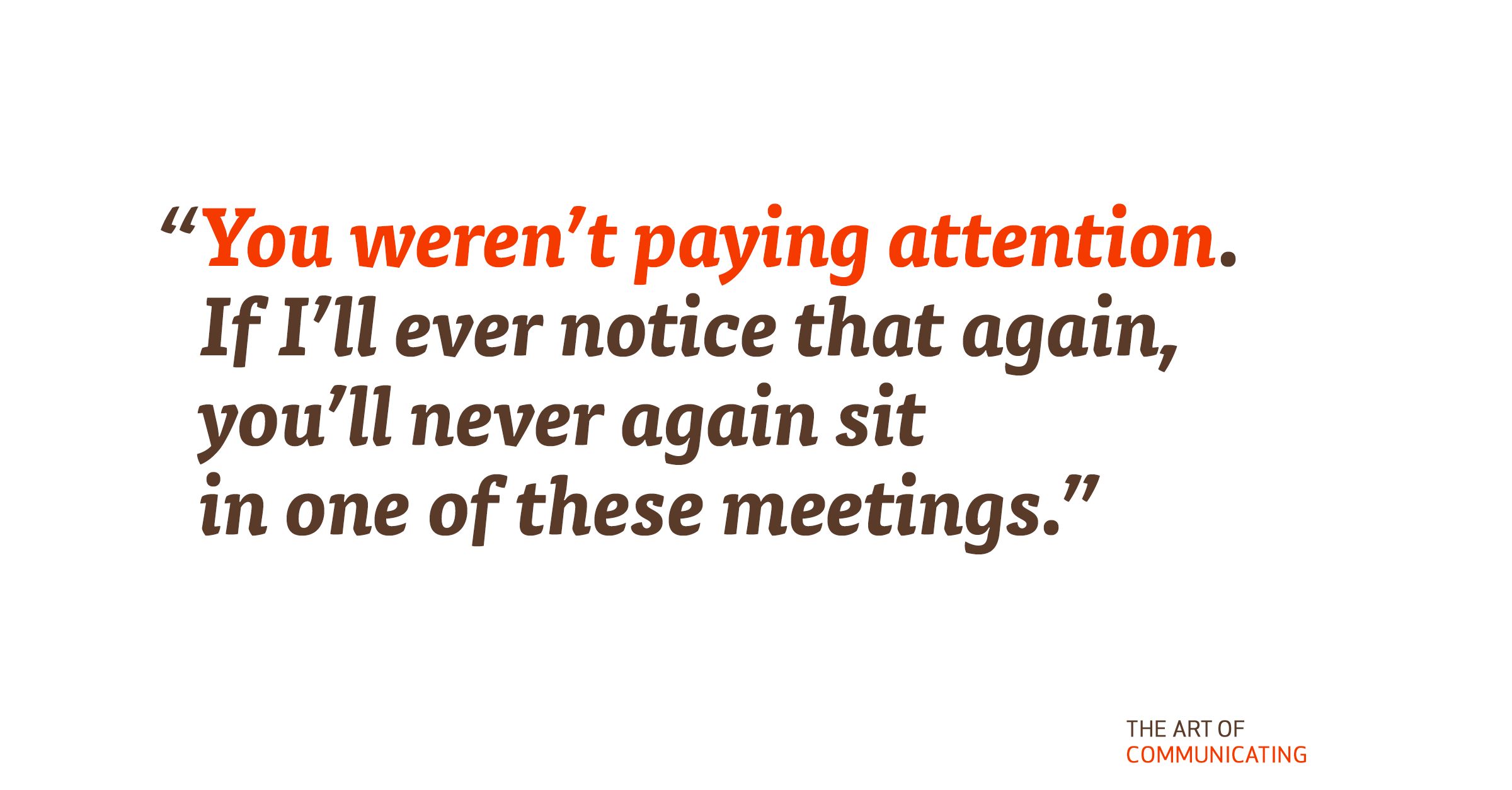 Andy Miller, who after he’d sold his company to Apple reported directly to Steve Jobs, explains what it was like when he wasn’t paying attention for a brief moment. Jobs pulled him out:

“You weren’t paying attention. If I’ll ever notice that again, you’ll never again sit in one of these meetings.”

It sounds harsh but it makes sense when you turn it into a bidirectional deal: You must pay attention. But at the same time you get the right to demand that the content is worth paying attention to.

Essentially, as the leader you not only demand attention but you also demand to make good use of the attention, e.g. you guarantee everyone the right to point out when someone (including you) speaks a lot without saying much.

When you demand that everyone pays attention it means that there’s an incentive for everyone to prepare their material in a way that makes it worth paying attention to. (That’s, basically, how Amazon’s study hall approach to meetings works.)

Starting not so strong

How good you were at something when you began is a pretty useless measure for how good you can become at that thing. I mean,