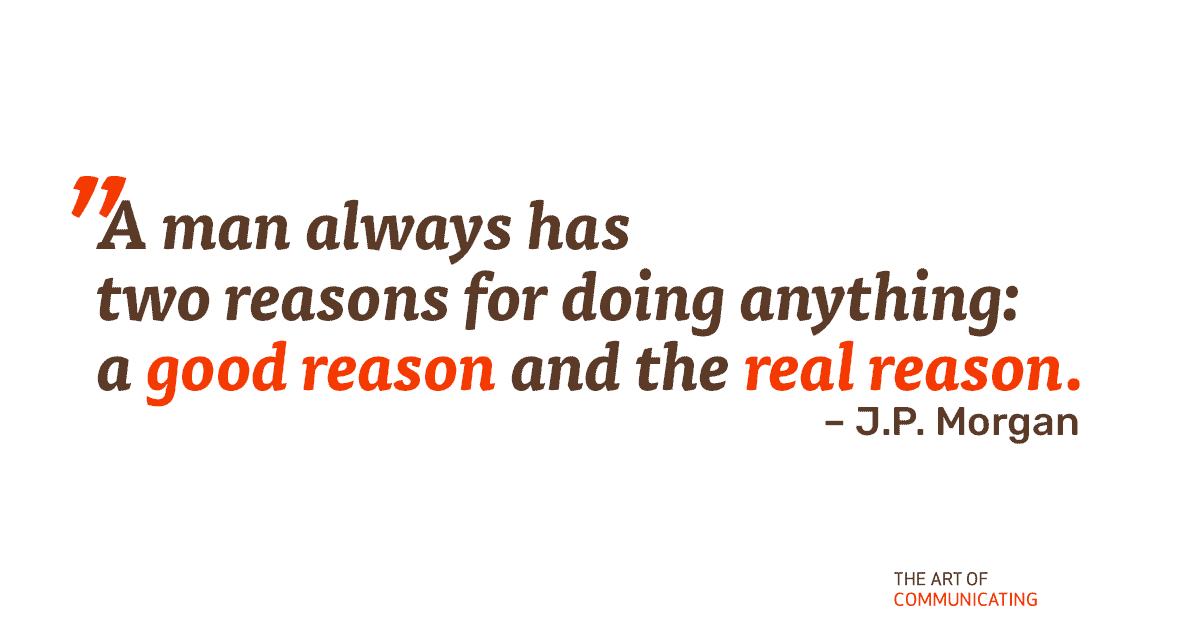 Why did you choose that thing?

Shoppers in a supermarket were asked to participate in a market research study. Two flavours of jam were presented to them and they had to decide which one tasted better. After they tasted their favourite flavour for a second time they were asked why they liked it better. The catch: In the meantime, the two flavours had been exchanged so that they, in fact, tasted the less favoured a second time. The surprising outcome was that more than half of the participants didn’t even notice the trick yet still found reasons why the flavour that they tasted for the second time tasted, well, better.

It turns out that, as humans, we’re pretty great at finding reasons for the things we do.

Rather than doing the things that we find good reasons for.

That’s what decision blindness is about. It’s the phenomenon that once we have decided upon something, we tend to look for (and find) good reasons for why this was a good decision – no matter how we came to that decision.

J.P. Morgan, the founder of the bank that carries his name, called it the two reasons:

A man always has two reasons for doing anything: a good reason and the real reason.

Now, it turns out that the good reasons are never a problem in communication. Because if we start from work that matters … if we’ve sweated the details, then we’ll always have enough good reasons to win any rational argument.

Only that it’s not about the rational arguments to start with. Because if they don’t align with the real reason of our audience, decision blindness kicks in and they will just happily take our arguments and make them fit their decision.

This is one of the reasons why we dig deep to understand the real reasons of our audience in the “Leaders Light the Path” masterclass.

If you want to be responsible with people’s times, you need to justify the need for a meeting from quite a number of angles, each

Among the silliest things marketers do is decorate diamonds. You don’t decorate a diamond, you polish it. You don’t hide its beauty underneath layers of