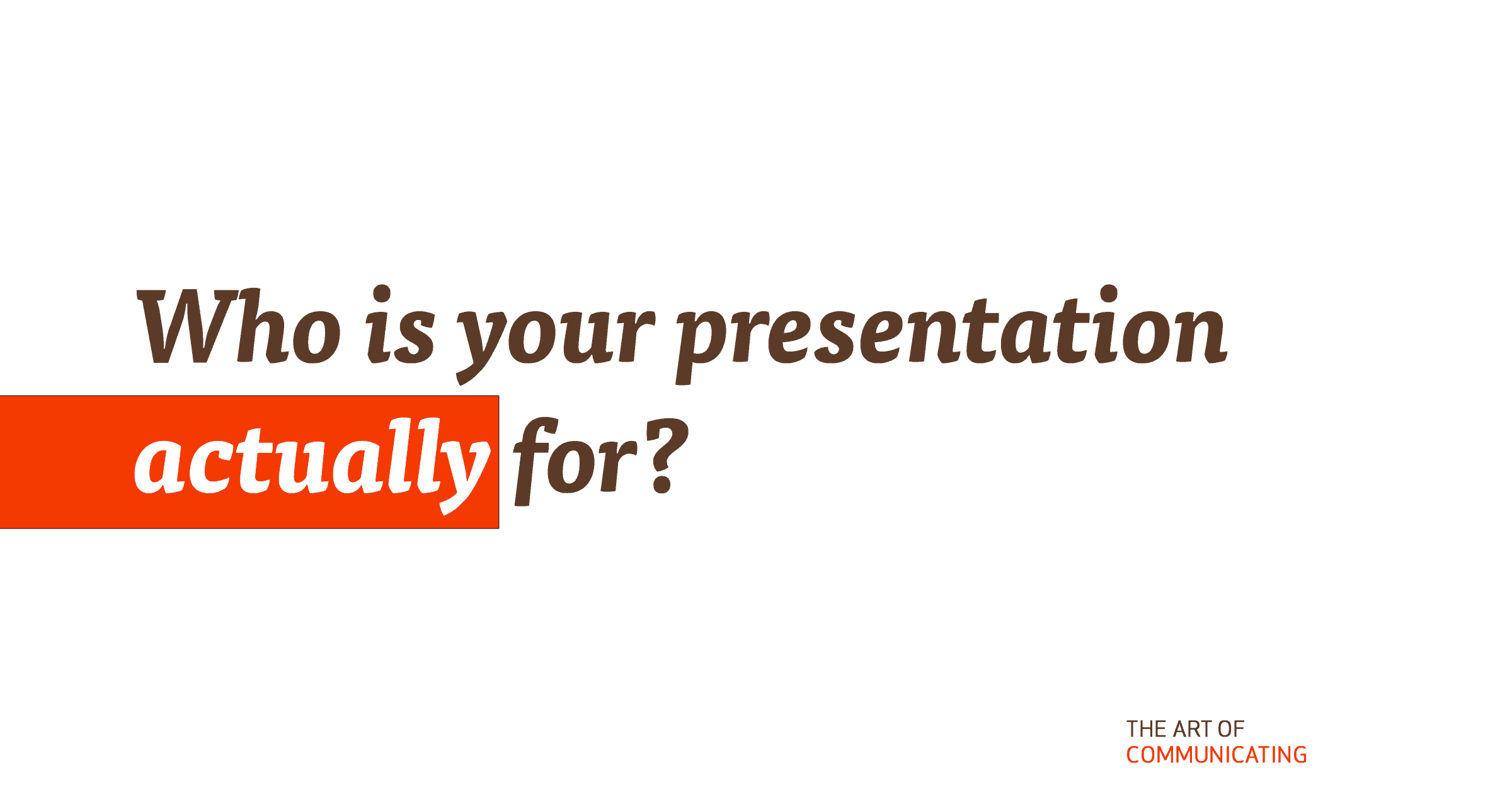 Who is your presentation actually for?

Most people would answer that it’s for their audience. But more often than not it turns out that that’s a rather fuzzy term. Often it’s actually for …

Themselves: It’s about what they are proud of and what matters to them. These people often use terms like “innovative”, “breakthrough technology” etc.

The board: It’s about what they think pleases the board. So, they include all sorts of stuff that’s irrelevant for their audience but that needs to be in because someone said it’s important and can’t be left out.

The committee: It’s the least common demoninator that’s left after everyone had their say.

Their peers: It avoids anything that might expose them among their peers. “We just don’t do it like this over here”, so they don’t do it, either.

All of this is valid and it might be just the right thing to do for this specific occasion. But don’t forget that there’s always the other way: To give a speech that resonates so strongly with the people in the room that their feedback will prove you right. In any case, it helps to have clarity about who the presentation is actually for and then go all the way in that direction.

If time runs out …

If time runs out, we tend to switch our attention to what’s urgent. But it’s precisely then when it matters most to focus on what’s

Changing the world, one life at a time

It’s tempting to want to change the world and do it all at once. But almost all revolutions start small. Martin Luther King didn’t give

If there was no fear …

If there was no fear, everyone would just be courageous enough to do anything. But there is fear. In real world, our actions have consequences. And