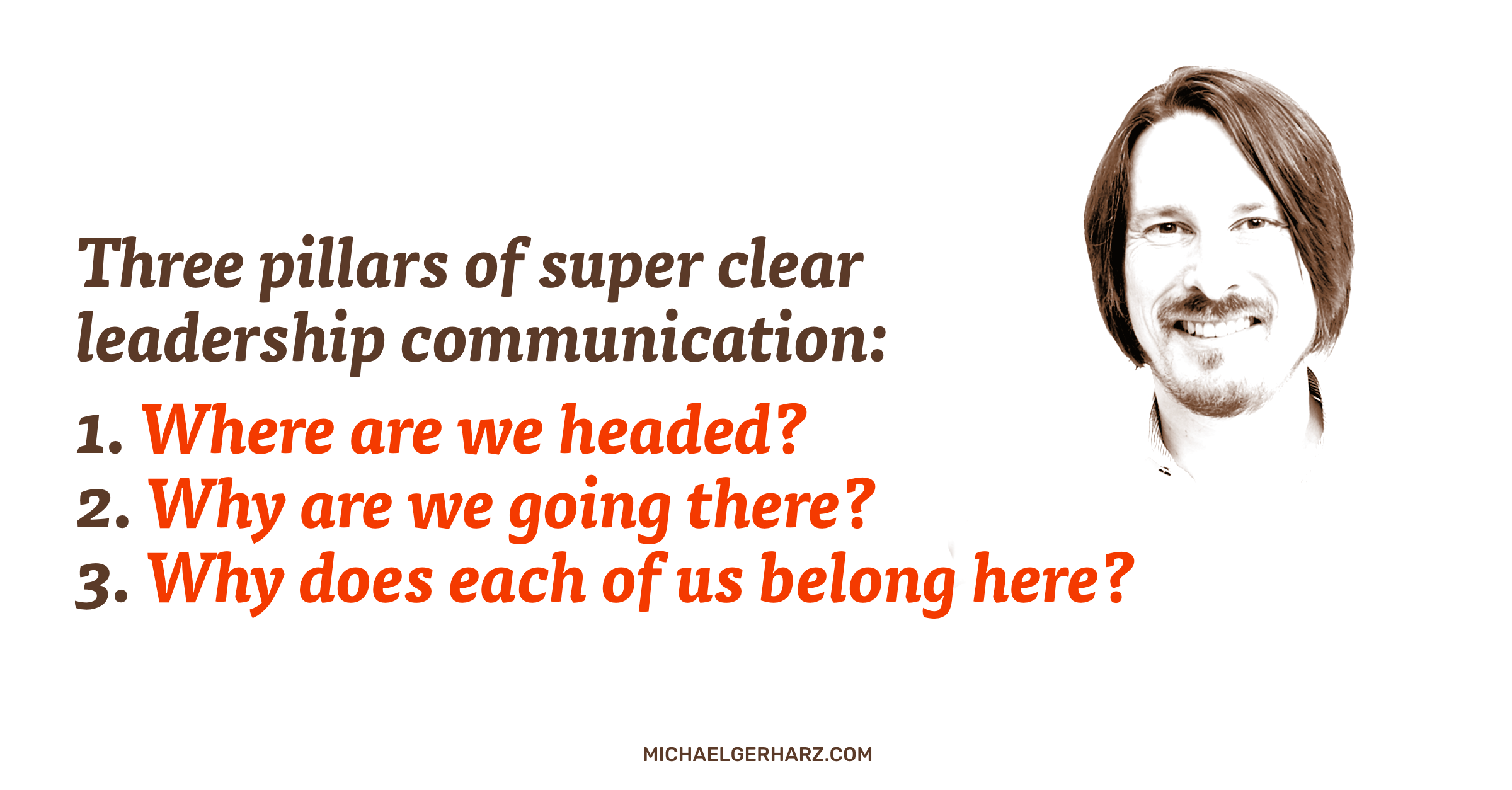 Too often leaders stop early in that list. Some stop as early as no. 1 and think that it’s enough to set the goal: “We want to double our revenue over the next 3 years.” But when no-one understands why they are chasing that goal, it can lead to frustration or quiet quitting.

It’s crucial for the team to see the why.

Some stop there, though. They think that it’s enough to have a strong why. But if it’s not a team who’s after the goal but only a bunch of individuals (or worse: a bunch of egos), it can lead to struggles and disputes which will slow you down or, worse, force you to a halt.

It’s crucial for the members of the team to see why they belong.

PS: A great book on the power of that idea is Belonging by Owen Eastwood.

The value of a well crafted email

Many businesses underestimate the value of a well crafted email. More than 90% of all deals that I’ve pitched were basically decided at the time

I’ve got a question for you

It is this: Which question have you been afraid of asking yourself? When we decide where to go next, we’re looking for the right answers.

Two very different ways to create an offer: No. 1: Leave as many doors open as possible and make sure that there’s something in it