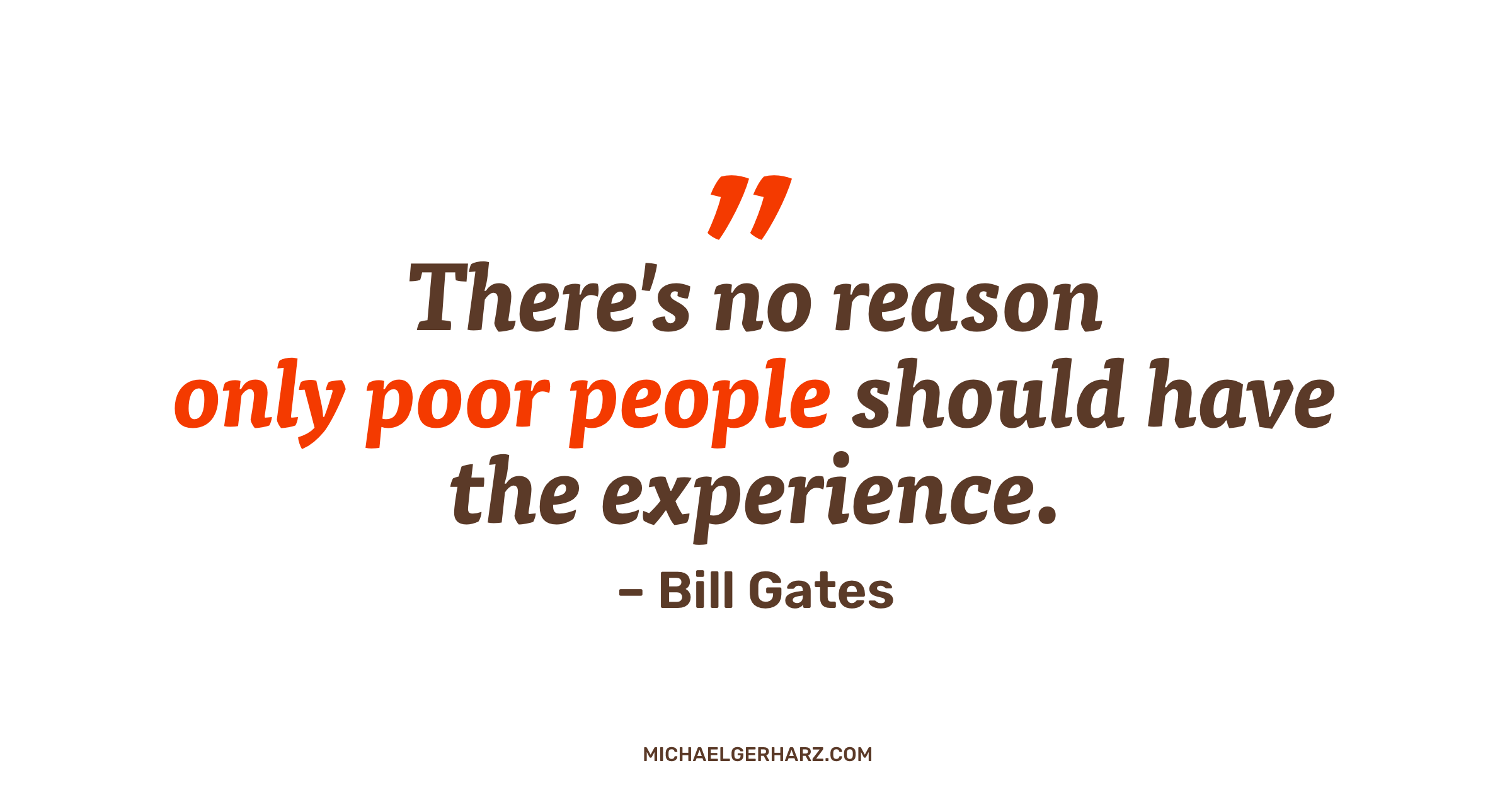 When people should care, but don’t

One of the problems with Malaria is that it shouldn’t be a problem. It’s actually not that hard to protect yourself from getting infected.

The real problem is that those who are affected by Malaria can’t do much about it (because they can’t afford it) and those who could do something about it are not affected – which is why they don’t care.

Now, how do you make someone care for something they (quite likely) know a lot about but still don’t care.

Here’s what Bill Gates did when he took the TED stage in 2009. He was facing an audience of people who you’d imagine could potentially do something about Malaria (a ticket costs at least $5000) but were not affected by it.

A couple of minutes into the speech Gates walked over to a table that had an empty glass of jar standing on it. He stopped. Then he said:

“There’s no reason only poor people should have the experience.”

… and lifted the glass to let the mosquitoes fly.

Only to add that the mosquitoes were, of course, not infectious.

Because it brought the experience close. Gates didn’t just speak about the severity of Malaria. He didn’t just show it. He let his audience experience the feelings. Suddenly, they were affected.

And so he made them care and opened their minds to listen to what he had to say with completely different ears. It wasn’t just the generous thing to do, anymore, but the human thing to do.

The best part: it didn’t cost a fortune. It was not an expensive wow effect. It cost an idea. Which is actually cheap once you know what you’re trying to achieve.

How can you bring your audience closer to the feeling.

Thou shalt not bore thy audience

You shouldn’t. But as a goal, that’s unambitious. And misleading. Not being boring is relatively easy (though not necessarily cheap). Make a speech during a

Meetings are madness. We all know better. But still, most of us don’t do better. Because we’ve accustomed ourselves to the way that meetings are

Three pillars of super clear leadership communication: Where are we headed? Why are we going there? Why does each of us belong here? Too often