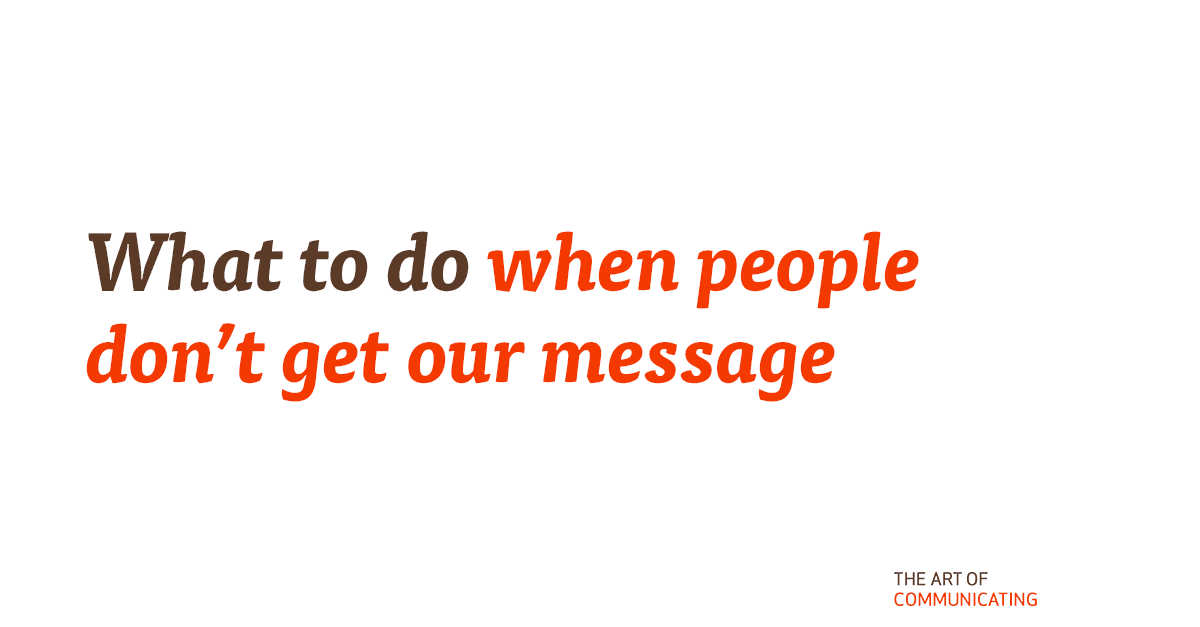 What to do when people don’t get our message

When people don’t get our message, we’re used to adding more detail. Give more examples. Explain it a little longer. (And louder.)

And in doing this we dismiss the possibility that that’s exactly the problem.

It’s been too complex from the start. Too much detail. Too much information.

We made it harder than it should be to get what we mean.

Instead of cutting to the core, tuning in to our audience’s language, and focussing on what matters to them, we bombarded them with more and more stuff.

But that’s the lazy thing to do. Adding stuff is easy. What’s much more work is to listen carefully to our audience so that we get them rather than forcing them to get us.

And when we do get them, we can find that perfect story that just nails it and gets their attention right from the start.

Of course, finding this one story often is a lot more work than finding those thirty halfway decent ones. But it’s so much more worthwhile.

My elementary school teacher kept telling me that I couldn’t make it in grammar school because I was too quiet. I graduated top of my

How can I surprise my audience? How can I make my slides more punchy? How can my gestures reinforce what I’m saying? How can I

Is your product a commodity or is it something special that people will go the extra mile for and pride themselves for having done so?