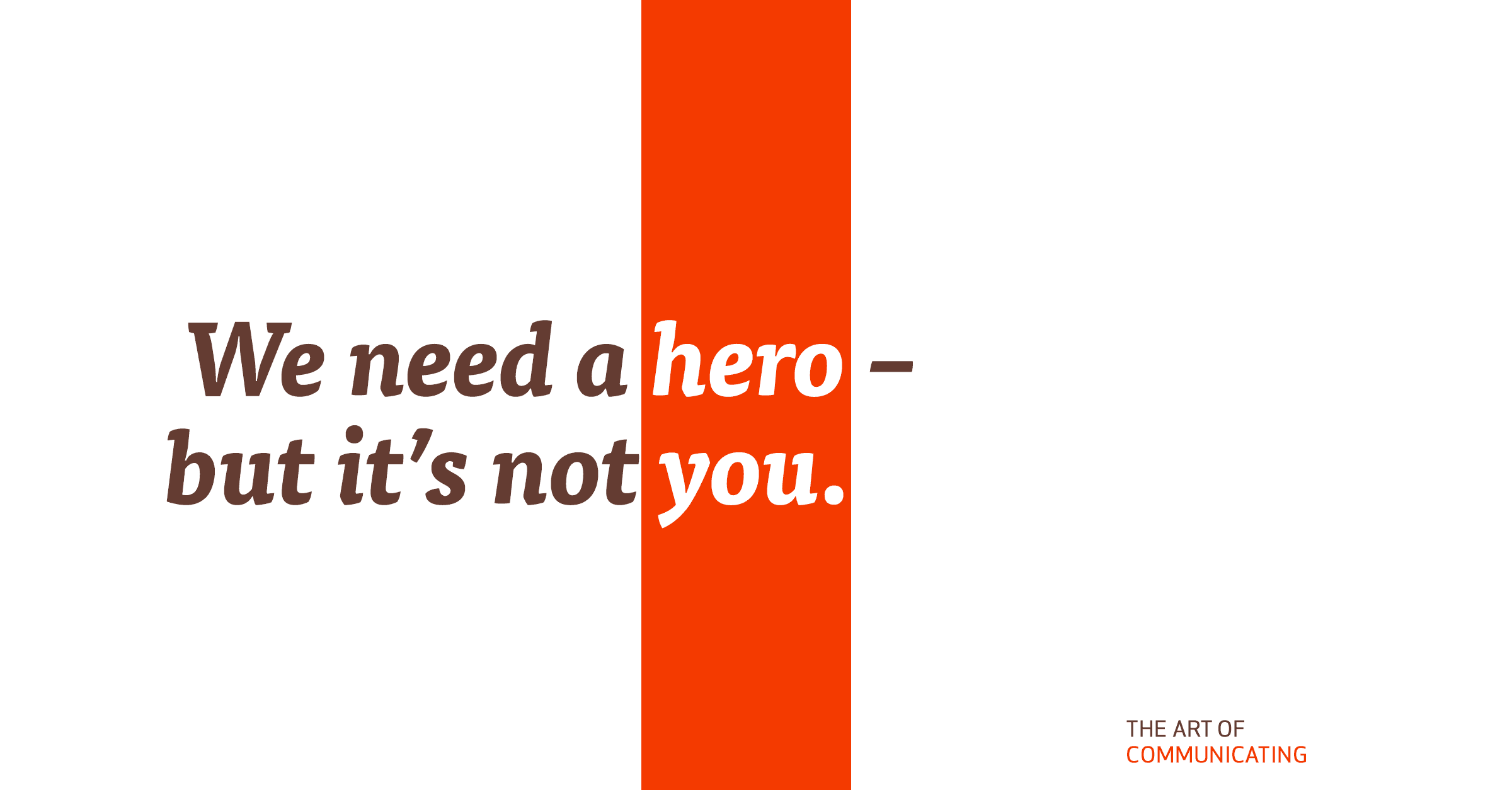 We need a hero but it’s not you

Here’s why: Trying to play the hero is one of the major causes why people feel uncomfortable on a stage (and in front of a camera).

When people try to give the impression of being the hero, they tend to be focussed on themselves. What’s worse, it exposes them to the judgement of their audience: “Will I live up to their standard?” It puts a weight on every single action and every single word. All eyes are on them.

The sad part is that that’s not even what the audience came for. They are not looking for a hero because they already got one: themselves. Every single person in the audience cares much more about themselves and their own problems than they do for the speaker and her hero problem.

At the same time, that’s an easy solution for a speaker’s hero problem: Step down from the podium of the hero and grant it to your audience. It makes your life much easier because if you show up as the guide who lights their audience a path, you’re in a completely different situation. Now, your job isn’t to make yourself shine in the brightest light. To be the perfect star of the show.

Your job as a guide is to offer your help, your expertise, your opinion, …

By giving your speech you’re giving your audience a gift. One that they are free to take to solve their hero problem.

If you’re doing this from a posture of generosity (rather than as a trick to get the deal), it’s highly unlikely that they will be harsh to you. Generosity is seldom the source of frustration for our audience. What a difference to the people who try to steal the role of the hero from their audience …

Remember that funny ad? Well, can you also recall what it was advertising? Let alone did it make you buy the product? You’re not alone, judging

If your presentation was a tattoo …

Guil Zekri runs the tattoo studio Reinkarnation in Cologne. His business mantra is this: The most important rule is that the customer gets a good

Today’s a good day to say …