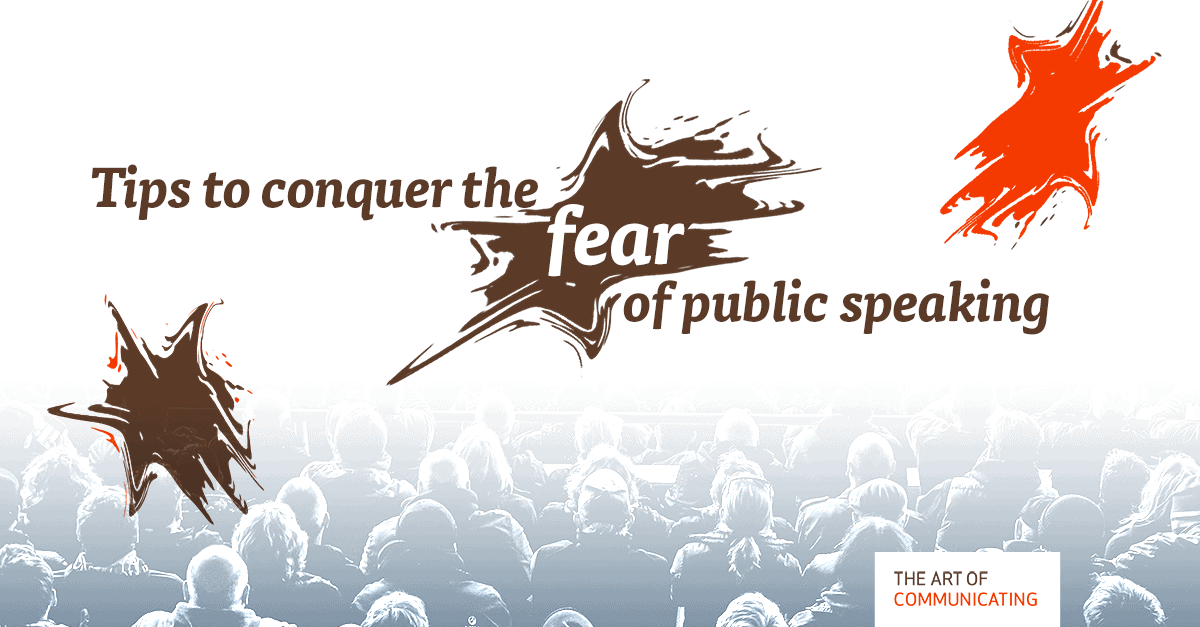 Tips to conquer the fear of public speaking

Here are a few tips if fear of public speaking is holding you back from achieving your goals:

First thing I’d ask you is this: How much do you practice? Because what often happens when people are afraid of doing something, they also hide from practicing. Yet, practicing is among the most effective ways of countering anxiety. Because the more you practice, the more often your brain recognises: “Oh, this didn’t hurt, actually.” And then you can extend this by imagining you standing in front of an audience. Do this as vividly as possibly and as often as possible. Think of it as watching a movie of yourself doing the speech. Do everything like you would do it live, only in your imagination. The more often you do this, the more you’ll get used to it.

Second thing I’d ask is this: Are you saying what you mean? Or did you prepare some “artificial speech” which is not really what you want to say but some form of how “one speaks in public”. If what you say doesn’t feel right, then this will reinforce anxiety. On the other hand, just saying what you mean (and don’t even thinking about using slides) frees a lot of people of the chains they felt when sticking to a script. So, in a way, just speak from your heart. Presenting really means talking to people. It’s just that you are the one talking a bit more than the others. In fact, in a way, I do believe that the most satisfying speeches are the ones where you feel like being part of a conversation.

Third, I’d suggest to look out for every opportunity there is to speak (or rather, talk to a group of people). First, do it in small groups. Look consciously at how you act among a group of friends. How do you speak there? Then try to transfer this to when you are the one doing the talking. On a birthday, say a few words to thank the guests and what it means to you. Pick every possibility there is. If there’s a Toastmaster’s close by (find one), go there. It’s an excellent and very forthcoming community that is there to help you. It’s a great atmosphere where you can practice “in private” while getting lots of encouragement.

(PS: feel free to drop me a note for a personal conversation and setting up a safe space.)

The C-Suite and the leaders

What would Taylor tell their colleagues in the coffee lounge about it?

In many companies, it’s the most valuable office space. It’s the place where connections are made and ideas are born. It’s where information is passed

As if there hadn’t been enough challenges for businesses already, such as digitisation, climate change and many more, the last year brought an even bigger