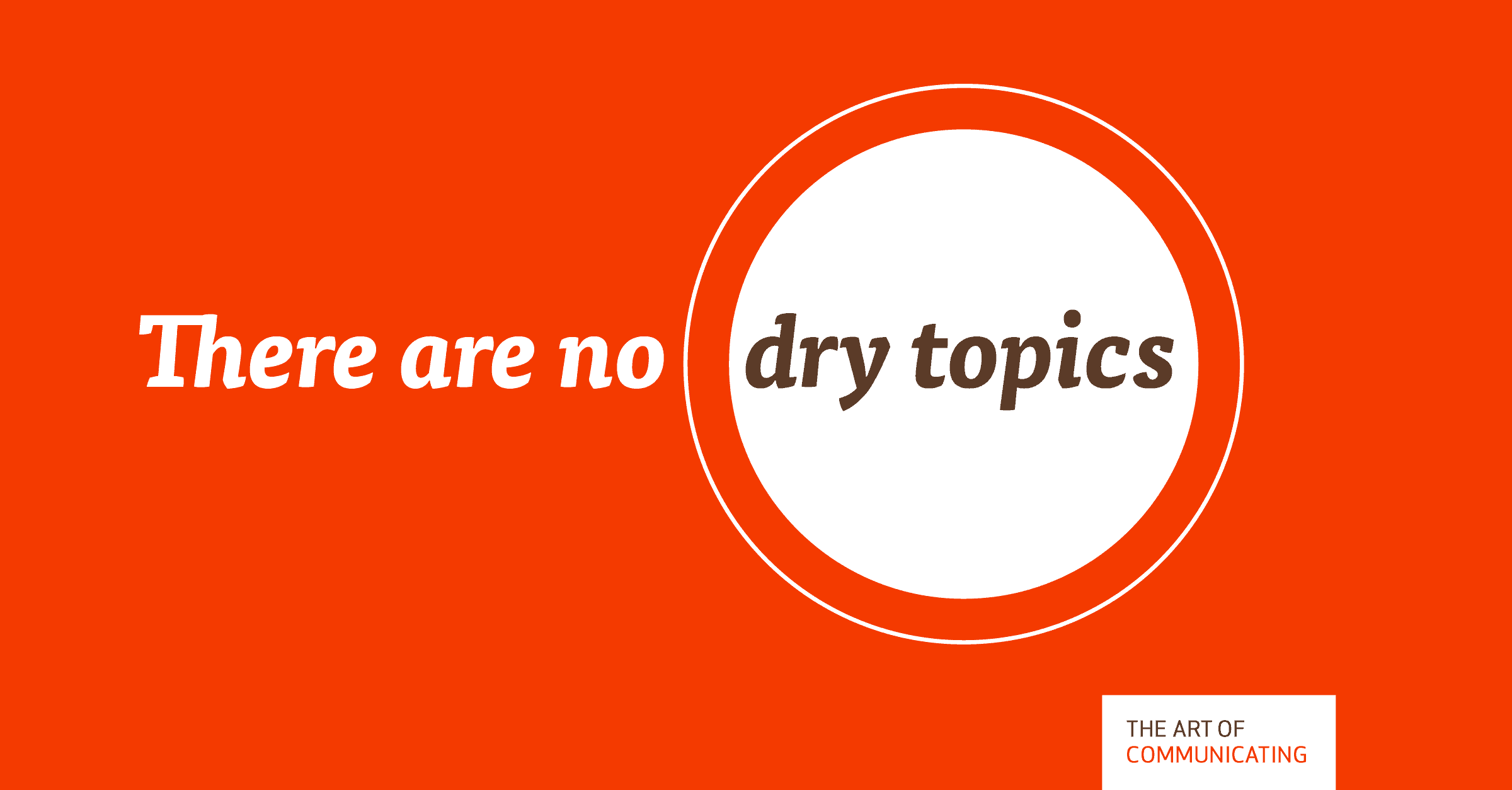 There are no dry topics

“Yeah, but my topic is boring.”

To which I replied with a surprised stare.

I was baffled. What could be boring about law?

Things are boring when we can’t relate to them. A story is boring when there’s no conflict to be resolved.

Both is not true for laws. Laws exist because humans have conflicts over what’s right and what’s not. Laws exist to resolve these conflicts. This is exactly the stuff that exciting stories are made of.

That’s true for almost any topic. If it involves humans we can relate to there’s no reason to believe that it can’t be told as an exciting story.

Most of your competition leads with vague statements such as “improving efficiency”, “providing flexible solutions”, “using high quality materials”. One of the easiest ways to

A respectful approach to marketing

Most marketing is geared towards changing what people do. Essentially, it’s about making them buy something they wouldn’t have bought without our marketing. I feel

Humans are story builders. Whatever we experience must fit into a story that makes sense. In a way, you could say that we are “sense