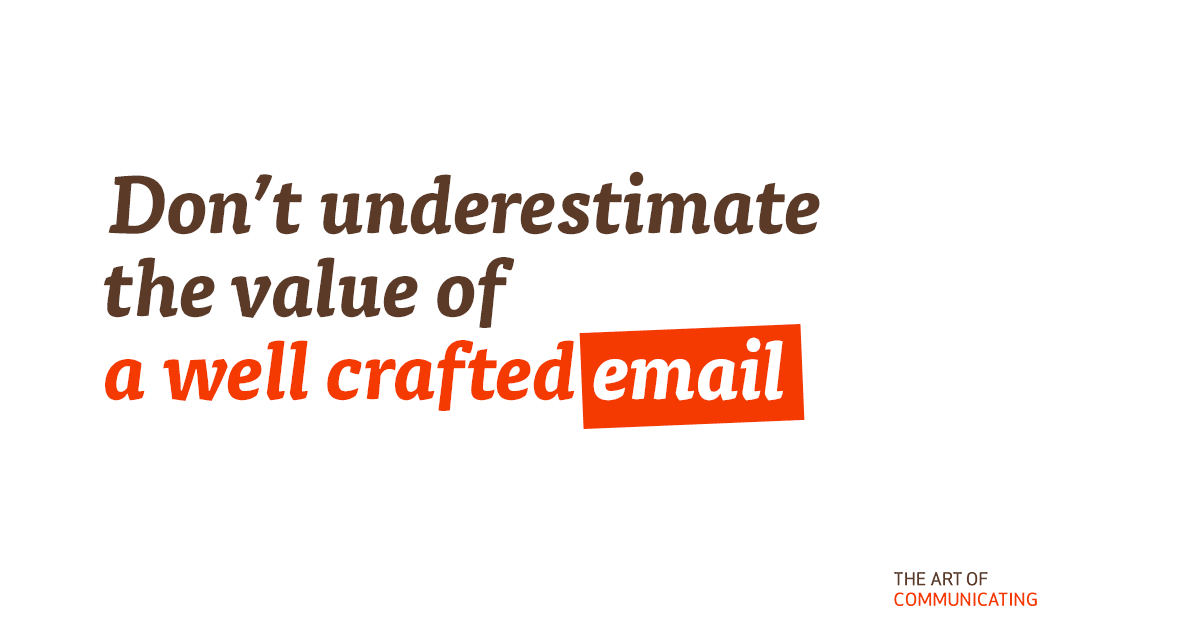 The value of a well crafted email

Many businesses underestimate the value of a well crafted email.

More than 90% of all deals that I’ve pitched were basically decided at the time I showed up in person. The purpose of the pitch was just to rationalise a decision that has long before been made.

A well crafted email gets the reader’s attention and triggers an “I want that! Now!” impulse. In the shortest possible way.

When we signed our first worldwide licensing deal in the toy industry, there wasn’t even a pitch presentation involved. On a Sunday afternoon we sent an email. On the next day, we were being asked to send over a prototype and a week later, the managing director was sitting at our table (not theirs) and we were negotiating the deal.

All thanks to a well-crafted email.

Start with work that matters. Build something that people actually want. And then speak (or write) about it using plain language in a short and concise way.

Most questions that are worth investing the time to prepare a presentation for don’t have an easy yes-or-no answer. If they had, we could just

Where are your customers coming from?

To take an audience where you want to go requires understanding where they are coming from. Because what gets us there is often not what

Caring on behalf of your customer

When you’ve got an important story to tell, it can be super-hard to focus on a clear and concise message. It really hurts to leave