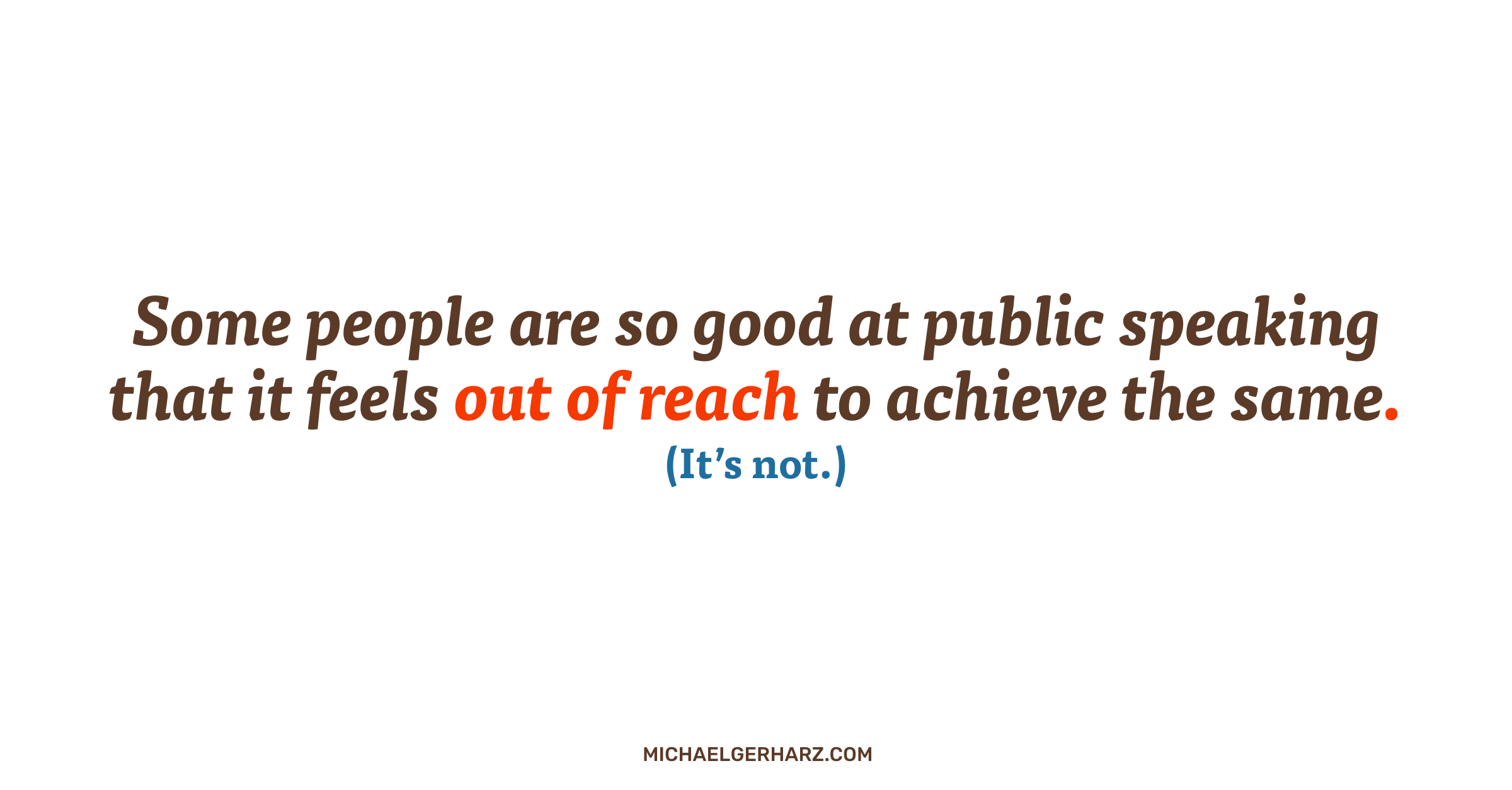 Some people are so good at public speaking that it feels out of reach to achieve the same. Their confidence, their eloquence, their whole appearance, everything feels so elaborate that they appear to be from a different breed. Maybe natural born talents.

They are not, of course.

Almost any great speaker is great at what they do because they’ve done it so many times before.

They became good at speaking. Through speaking.

Their first response to an audience remark wasn’t the most quick-witted remark.

And it’s hard to believe that their first appearance was on a big stage.

They started somewhere. Let’s say in a meeting. Or at a company event. Or they recorded a video that no-one watched. Most of all, they started.

And kept at it. And recorded a second one. And a third.

When they were at a hundred, they were getting good.

It’s not about whether you have it within you (you have!). It’s about starting.

And that’s always within reach.

What’s your favorite greatest hits album?How often did you listen to your favorite track on that album? Interesting, don’t you agree? We easily listen to

The power of staring at a blinking cursor

Never underestimate the power of staring at a blinking cursor. Resist the urge to grab your phone if there’s no immediate thought and nothing to

Both aspects here are crucial: Champions keep playing. And they want to get it right. They don’t quit. Not after the first failed attempt. And