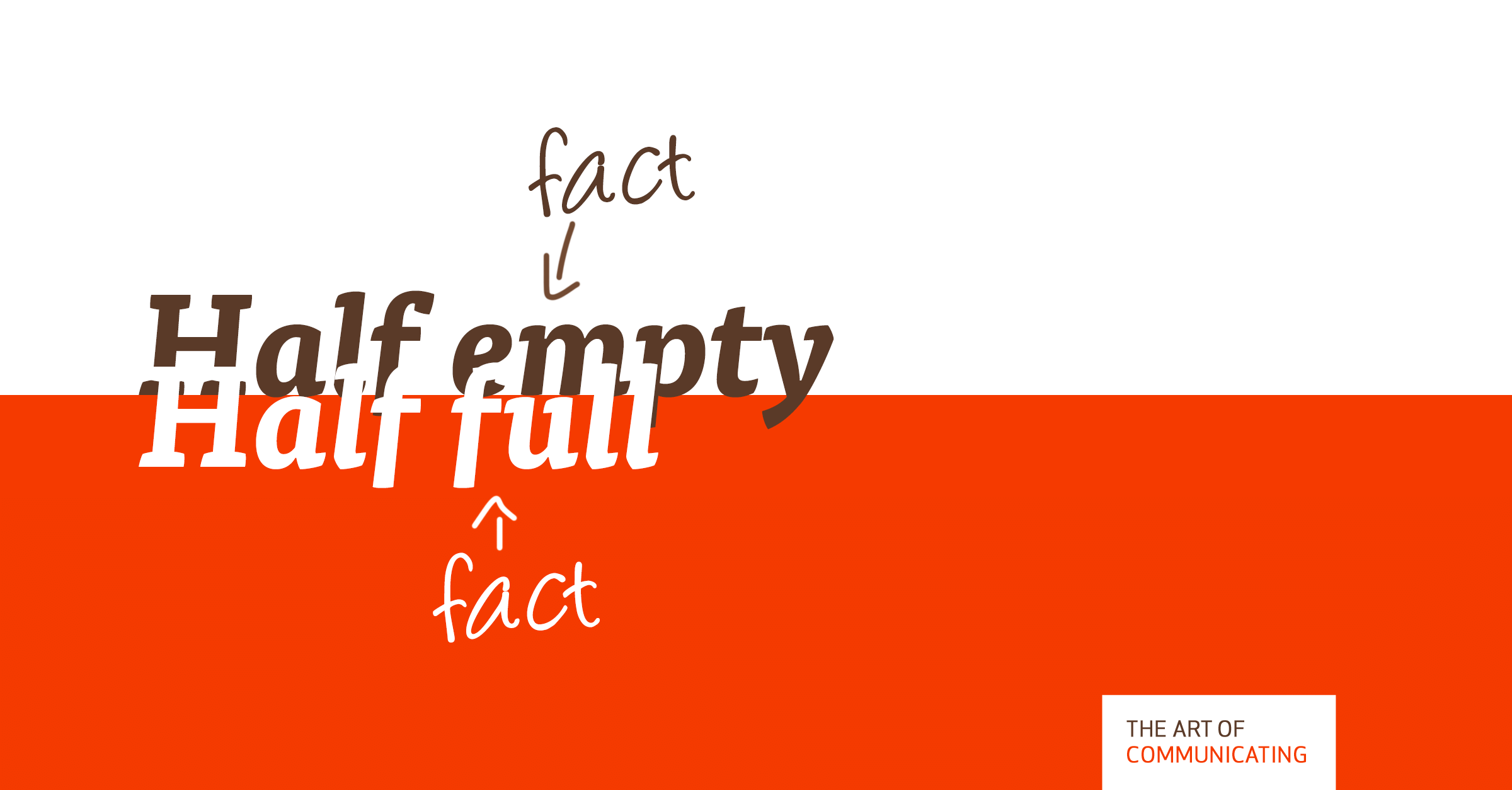 Fact: The glass is half full.
Which is the same as half empty.

The more relevant question is what conclusions do we draw from the fact?

These can be rather different depending on your take regarding half empty or half full, e.g. because they imply a different sense of urgency.

The thing is that arguing rationally based on facts can be just as frustrating as arguing emotionally when we don’t agree on the meaning of the facts. Even more so … because everyone is so deeply convinced that their take is right. After all, the facts prove them right. It really is a factual argument: “But the glass is half empty! You can’t deny that!”

Why then does the other party, based on the facts, arrive at a different conclusion? And how come they are just as convinced of their conclusion?

The problem is that facts are just facts and the argument is not about the facts. It’s about what the facts mean. It’s informed by our experiences and expectations. It’s influenced by our values and principles.

Are you clear about the values that influence the meaning of a fact to you?

It’s different over there

If your communication doesn’t challenge what we know or what we believe, why would we grant you a share of our time? If afterwards everything

Many innovators spend an enormous amount of time trying to make us appreciate their innovation. After all, it’s the innovation that they sell and so

Marketing in a sentence

Marketing in a sentence: You see things that I don’t see but want me to. And why wouldn’t I. Your thing is amazing, isn’t it?