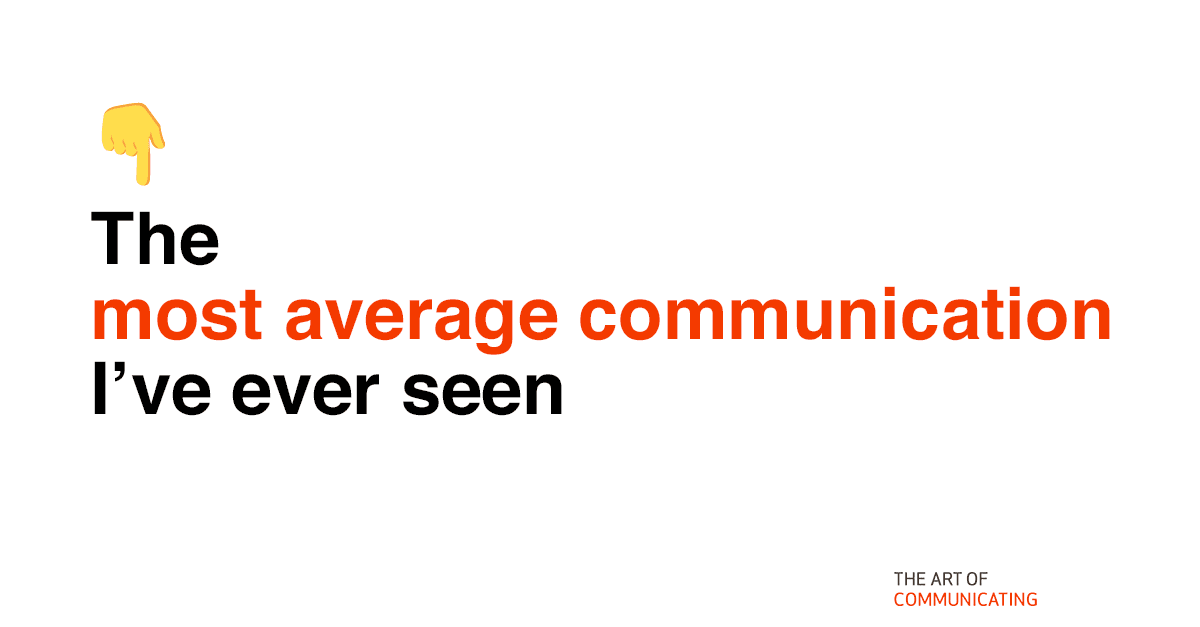 The most average communication I’ve ever seen

When was the last time you thought: “Oh wow, that was so awesome! It’s been the most average presentation I’ve ever seen!”

And yet, it’s what communicators tend to do most of the time.

But it’s a lot harder to get heard. Or to convince your audience that among all the averages this is the average to choose.

And then have them spread the word about it?

If we want others to pay attention and spread the word, it might pay to go looking for the uncharted territory, build a path there, and light it so that others can see it, too.

It may be harder to start with, but easier in the long run.

Each year, more than 8 million children die due to poverty (source). That’s a huge number. But how large is it, really? The human mind

If I forced you to remove one message from your website, your speech, your sales deck … what would it be? Why that one? Would your audience

What are sales pitches for?

“We are awesome!” That, in essence, is the summary of 99% of all sales pitches. Yet, that’s not what decision makers care for. At all.