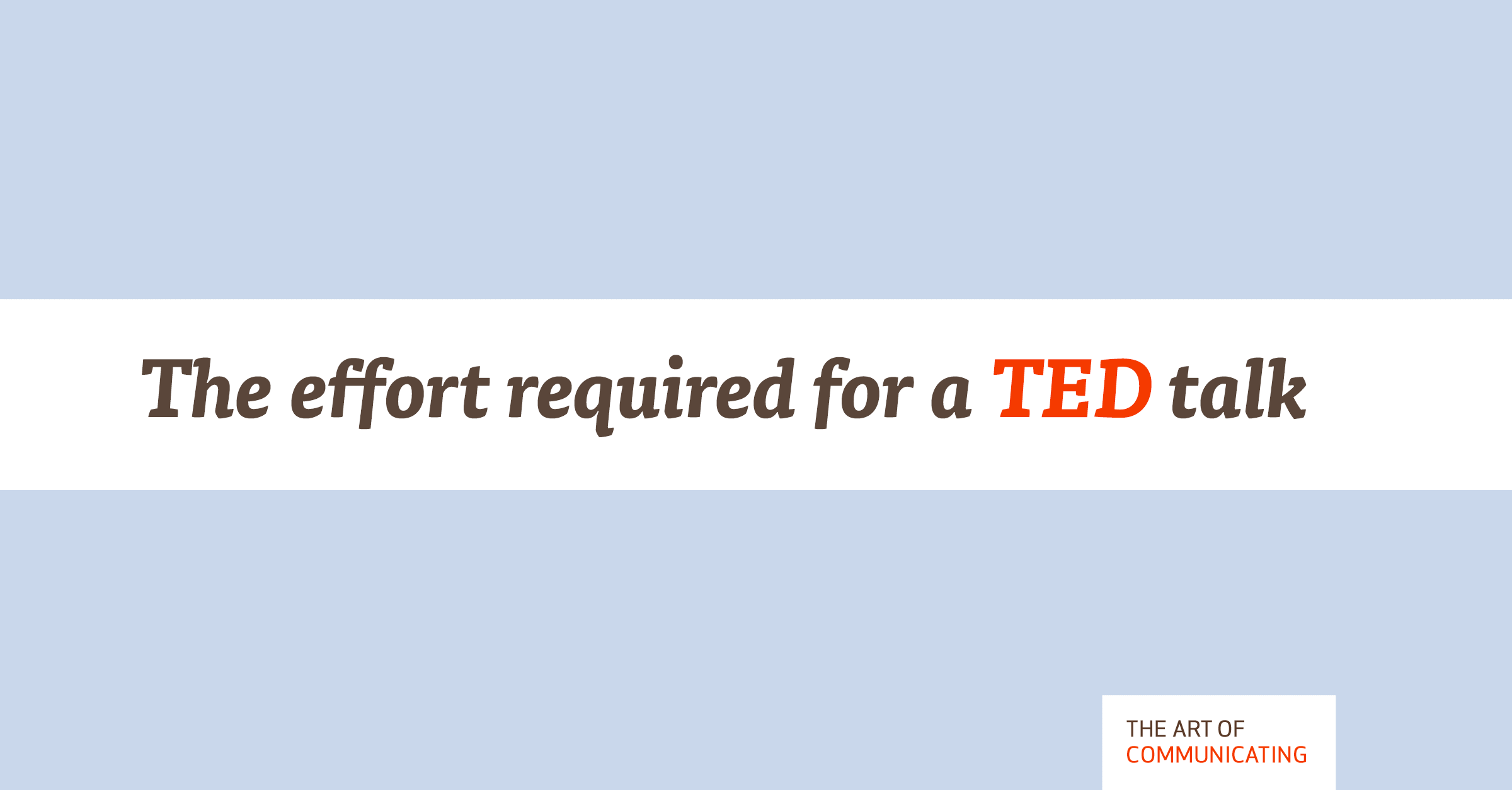 The effort required for a TED talk

So you want to give a TED caliber presentation. Are you willing to put in the effort?

Here’s how TED Curator Chris Anderson describes what it takes to be prepared to go onto the TED stage:

We start helping speakers prepare their talks six months (or more) in advance so that they’ll have plenty of time to practice. We want people’s talks to be in final form at least a month before the event. The more practice they can do in the final weeks, the better off they’ll be. Ideally, they’ll practice the talk on their own and in front of an audience.

When do you begin to prepare? How often do you practice the talk in its final version?

Really, what looks effortless is often the result of an enormous effort.

… because I’ve got three meetings, a proposal that needs to be sent out, my email inbox has 127 unanswered emails and there are a bunch

What if they are right?

What if, just for today, you assumed that everything you believe is false? That the others are, in fact, right. That their objections to your

Why you buy what you buy