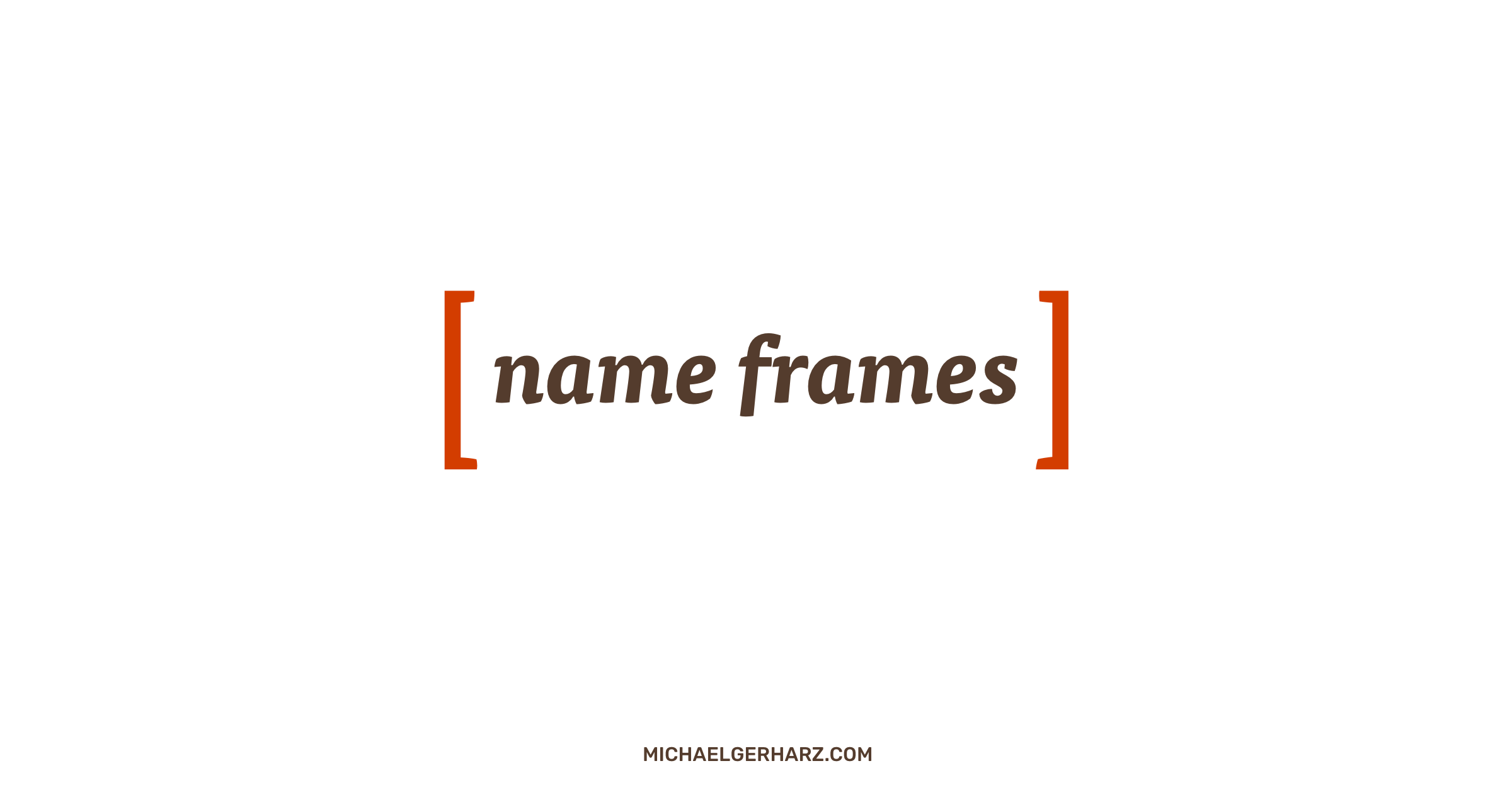 Bullshitters are going to bullshit. There’s nothing you can do about that. But what you can do is to show up prepared so you spot the moves they make to bullshit you.

For example, when they use “name frames”.

The “China flu” was Donald Trump’s awful name for COVID-19. Looking from his perspective it was a brilliant name as it framed the problem in easy to understand terms that already had a meaning.

Back then, people didn’t know what COVID was. Therefore, the disease remained kind of abstract and thus, rather scary. Calling it “a flu” made it concrete and way less scary. Everyone knew what a flu was, so actually not that big of a deal, right?

Also, by associating it to China, the name frame waived responsibility and instead cast blame on someone else. Calling it the China flu, Trump basically said: Not my fault. Don’t look at me, look at them! It’s their flu.

Essentially, by choosing that name, Trump managed to frame a complete story in two words – on his terms.

Which made it way easier to spread the story.

The opposite, i.e. the lack of a compelling name that frames the concept, is among the reasons why many good ideas fail. When a project is defined by a “20-page project proposal”, or when an idea requires going through a “30-slide PowerPoint deck”, and when there’s no easy way to summarize these 30 slides, that idea won’t spread easily.

More importantly, when others replace the 30 pages with a simple name frame, one that’s totally not in your favor, let’s say “The Lame Duck”, it might already be game over for your idea.

So, what exactly is a name frame? It’s a name that you invent in order to talk about a (potentially complex) topic in a simple way by attaching it to the frame’s meaning.

Bullshitters love that. They use it to make it easier to speak about their idea and color the discussion in their favor.

What name frames have you come across?

What if they’re right?

Ever heard of theatresports? It’s a form of improvisational theatre in which two teams of actors compete against each other. Audiences rate their performance. An

Meetings are madness. We all know better. But still, most of us don’t do better. Because we’ve accustomed ourselves to the way that meetings are