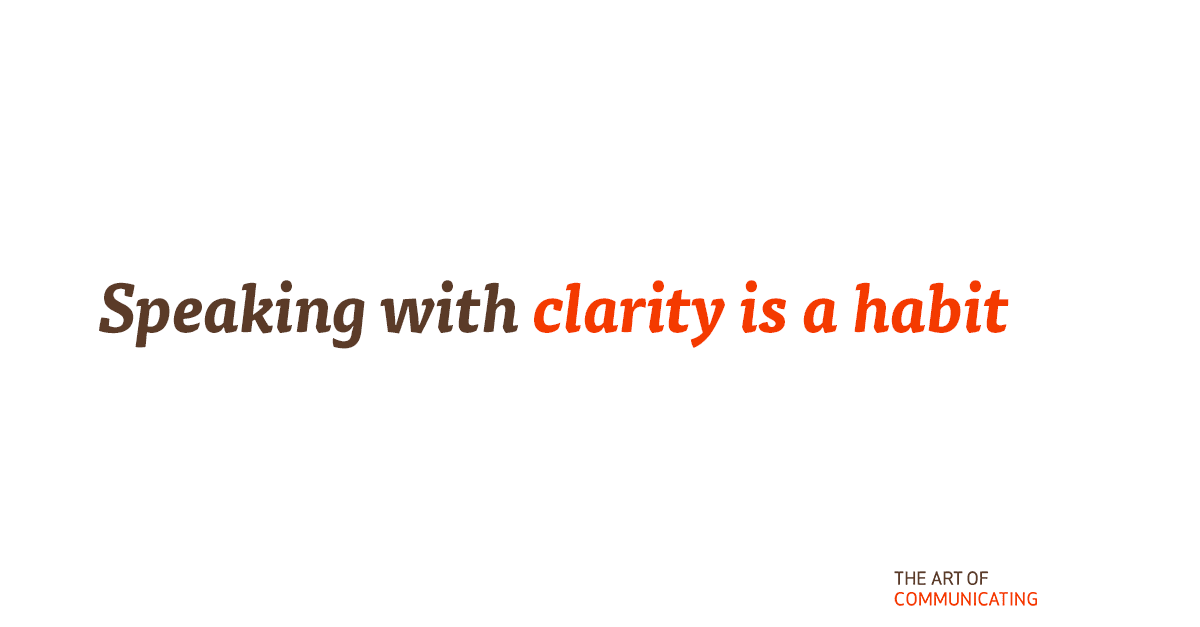 Speaking with clarity is a habit

Speaking with clarity is a habit.

As is the lack of clarity. If a team tolerates lack of clarity it trickles into every corner of the team. It becomes ok to use complex and confusing language. Even though that slows everything down. And leads to a lot of time being wasted as the team fights over what was actually being said or meant.

Turning that habit around and making speaking with clarity the habit is among the most valuable investments a team can make. And it starts with you, as the leader.

If you don’t settle with confusing communication, your team won’t, either. Try pushing your team for one week:

And even force them sometimes to go back to the drawing board and find those simpler words instead of having the team figure it out together. As Wolf Schneider famously said: “Someone’s got to suffer, either the reader or the writer.”

Yes, it might slow things down in the beginning. But the acceleration you’ll experience down the road overcompensates for it manifold.

Clarity really is a habit. Start looking for it and you’ll discover it – or the lack of it – everywhere. Start speaking with clarity and you’ll gradually transform the way you communicate.

And that of your team.

A huge part of what makes a great movie compelling is that you don’t know what’s going to happen but want to find out. But

Challenging the way we approach keynotes

In-person events aren’t going to happen for a while. With their recent keynotes, Apple embraced this by not even trying to pretend that they were

A new life is calling …