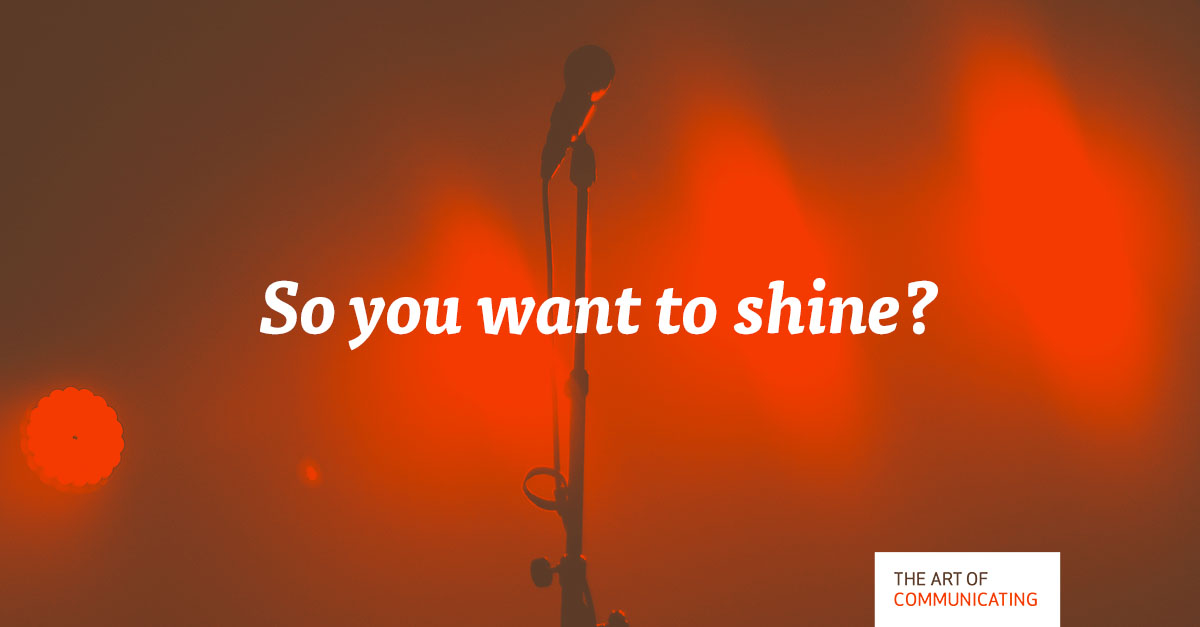 So you want to shine?

Recently, I saw two concerts at a festival. One started with a 3 minute explanation of what we were about to hear: That this was her most political song, yet. Why it is structured the way it is. What it means to her.

The other started with the band playing a groove. Then, the singer entered the stage, stretched her arms wide … and began to sing.

We left the former performance after about 5 minutes and were mesmerised by the latter, glued to our seats for 90 minutes.

The second act’s major concern was to give their audience a great time by playing their best music. They did shine. They wanted to give something to the audience.

And so, the paradox outcome was that we appreciated the brilliance of the second performance while dismissing the first.

There’s an important lesson for any kind of communication here. When we ourselves don’t even trust in our own message but rather feel the need to have to explain it before we deliver it, how should our audience trust in it? Even worse: this bit of insecurity shows. Audiences are super good to sense when there’s a dissonance between what a speaker says and what she really feels – whether she really believes in what she says.

Our effort is much better spent with making our message actually brilliant than with explaining why our audiences should consider it brilliant.

It’s that simple! This is the formula to turn yourself into a world class speaker – even if you feel like a terrible speaker today.

When a rational argument hits on an emotional argument, it usual ends badly. Both increase their volume, the rational side by elaborating their arguments in

When you want it so badly

“All of a sudden, he couldn’t take it anymore. He stood up and wanted to do something, wanted to change something. His fists were clenched.