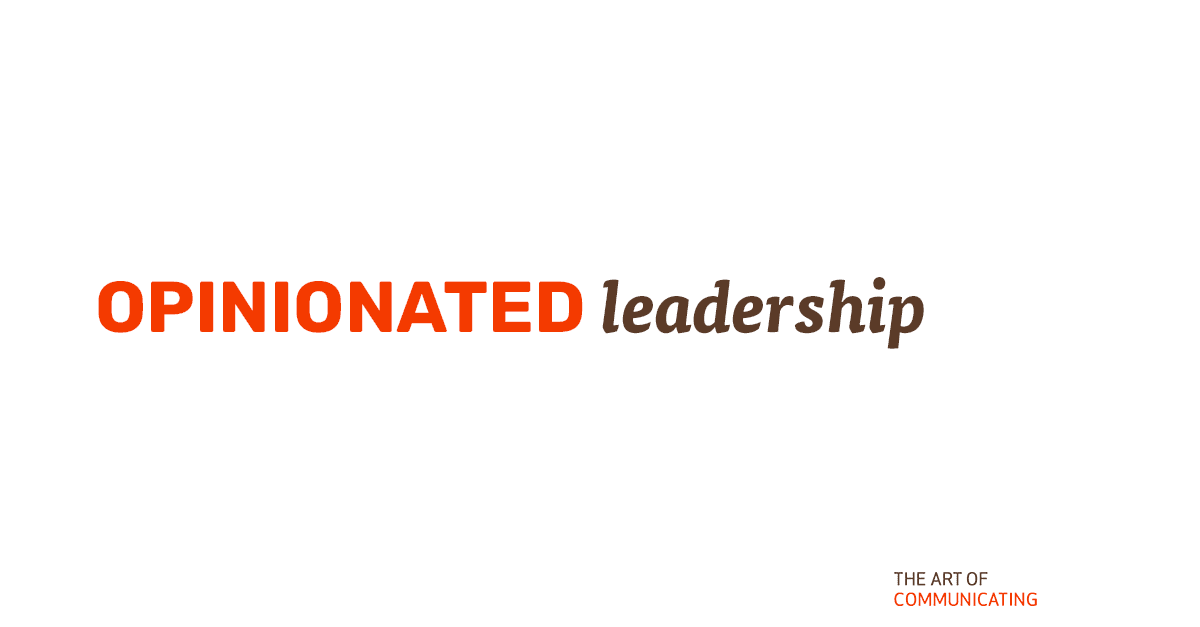 Someone once told me that “there’s no prospering team that’s not led by a strong leader with strong opinions.” And, indeed, reality seems to prove this. Look around and you’ll see examples of strongly opinionated successful leaders everywhere: Steve Jobs, Elon Musk, Jeff Bezos, John Chambers, and many, many more …

Yet, strong opinion gets often confused with micro-managing – leaders who interfere with the tiniest decisions, leaving their teams with severe uncertainty about what’s the right thing to do.

What gets easily overlooked is that the opinions of great leaders are much rather related to the direction of their teams, not the decisions, to their vision, not the execution.

You hire great people precisely because they are the ones who know what to do. They don’t need you to tell them what to do – and even more important: they actually don‘t want you to.

It’s a major source of frustration for them when you do so constantly. It slows everything down when you become the bottleneck of decision making. (And on top of that it can quickly lead to a feeling of overwhelm for yourself). The worst part: Quite likely the best talent will sooner or later leave if they don’t get the freedom to make decisions.

This is why lighting the path is such a powerful approach. When everyone on the team aligns with a common goal, one that you as a leader made them see and agree on, it allows anyone to decide. If your team is focused towards a common goal, that goal simplifies decision making and empowers every team member to make decisions on behalf of the team. No need to micro-manage.

When you light the path for your team, you can trust them with making the decisions! Your opinions are better spent on the path rather than on how people walk the path.

Walter, a friend of mine, recently claimed that he could tell by the looks of someone’s website when that person entered the Internet. The structure

Let me repeat this for you

When people don’t get what you mean, repeating what you said – using the exact same words – won’t make it easier to understand. (Here’s an alternative.)

All the things we’re not