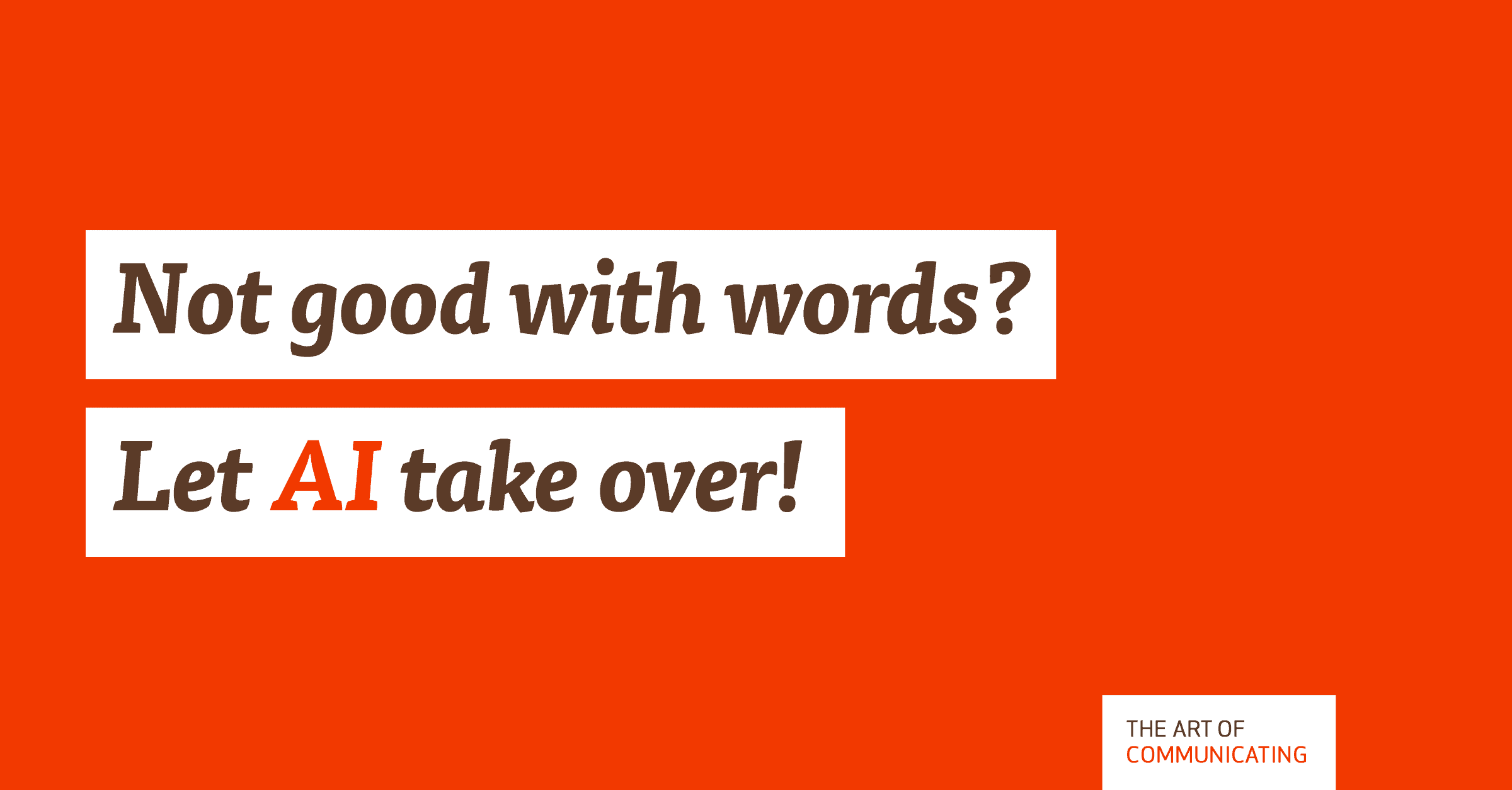 Not good with words? Let AI take over!

If you still believe that it matters more how you say things than what you say then there might be great news for you. Liam Porr managed to get the AI algorithm GPT-3 to write a blog article that made it to the top ranked post on the website Hacker News.

The article can be summarized in one sentence: “Well, if you tend to overthink things then stop overthinking and start creative thinking.”

Porr about what he needed to do: “It’s quite good at making pretty language, and it’s not very good at being logical and rational.” So he picked a popular blog category that doesn’t require rigorous logic: productivity and self-help.

And it is in fact a light read with a conversational tone. The scary part is how this article indeed reads like a lot of the conversion driven articles that put all their effort into getting you to click on the headline and that flood the social networks.

Yet, make no mistake. Computers are good at logic in general. So, this will likely be taken care of sooner or later. What’s still missing in computers is a sense of purpose. The why. The making sense of things part.

What’s lacking in both instances, human written and machine generated versions, is substance.

So, actually, GPT-3 is bad news if saying things nicely is your main focus as a communicator. Computers will probably soon become even better than humans in figuring out how to say things in a way that triggers just the right actions.

If we don’t want to end up in a society that’s filled with nice sounding, but ultimately meaningless content we need to raise the bars. Strive for purpose and for meaning – especially for meaningful content. This includes teaching our audiences so they not only cheer for the beautiful stuff but are also enabled to applaud the meaningful stuff.

How to serve your audience well

Here are four ways that make your audience’s life so much easier. Keep it short! How often have you been frustrated by speakers who just

Preaching to your tribe

… only works for as long as the tribe is willing to listen to your messages. Times change. Preachers not so often. The problem is