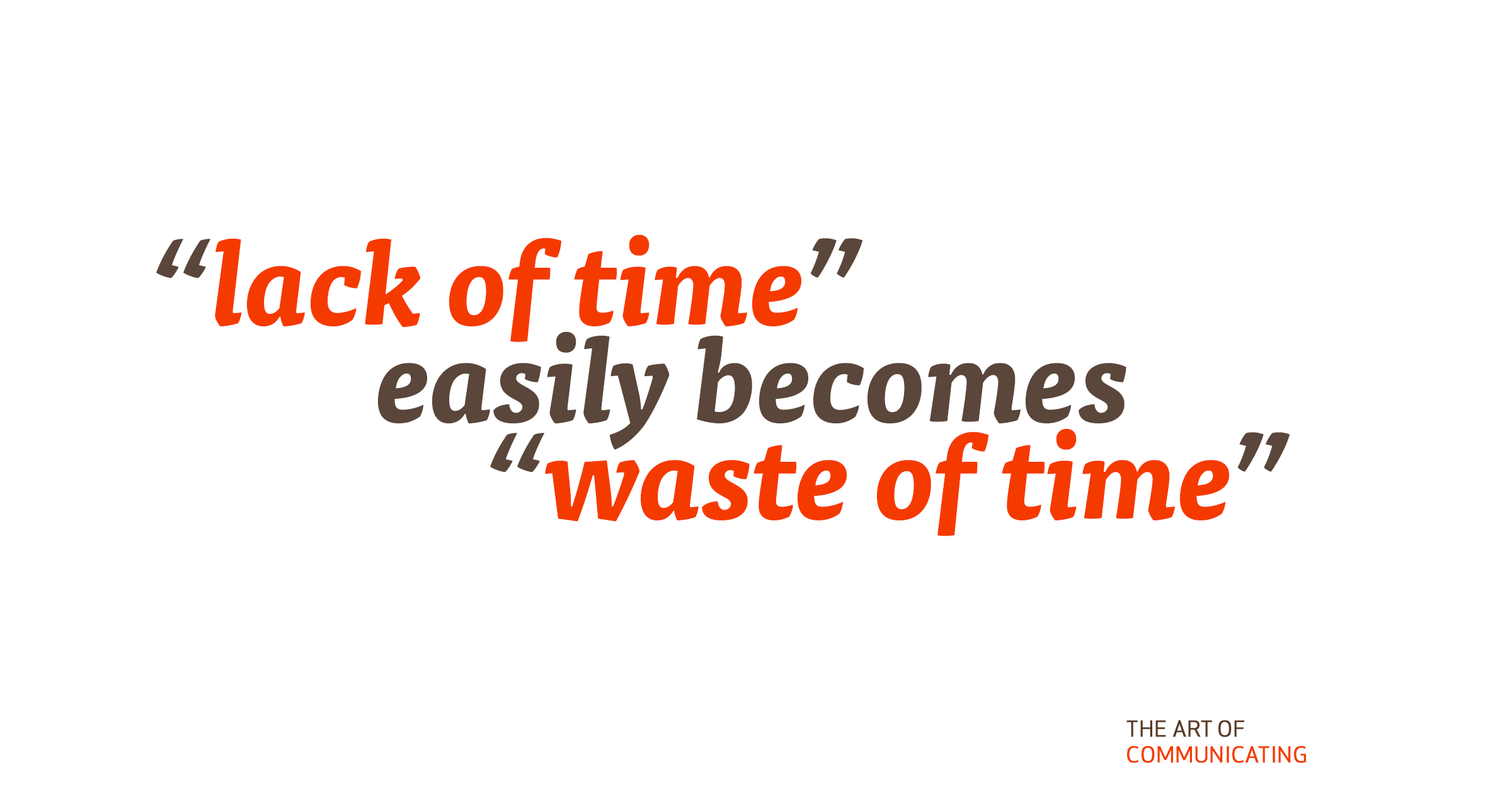 It never ceases to amaze me how the default mode in some sales forces (especially the larger ones) is to make loads of mediocre pitches rather than a few exceptional ones.

The reason for this that I’m hearing most often is – ironically – “lack of time”. After all, there’s a lot of pitches to make, and a lot of daily business to cut through: proposals, emails, meetings, more emails, Slack, another meeting, another proposal … you get the idea. So, there’s just no time left to push a pitch from ok to great.

Yet, the actual problem is that “lack of time” easily becomes “waste of time” when you settle with mediocrity.

In the short run, it may not make much difference whether you put in a little effort often and then spread your efforts wide because you know that you’ll win only a couple of those. Or whether you put in so much effort on a few select occasions that you win almost every one of them.

But in the long run, it makes a huge difference. Because the former businesses will still hustle their way through occasion after occasion while the latter’s job gets easier with every deal they make.

The habit of tuning out of a presentation

Ever seen this empty expression on the faces of people having to sit through a sales presentation? I guess we’ve all been there. We totally

What did 2022 bring you? What did you learn? Who did you meet? Why not take the time in between the years to turn one

How much preparation you need …

Some experts seem to appear on TV all the time. Whenever something happens, these people pop up in TV shows to explain what happened. It’s