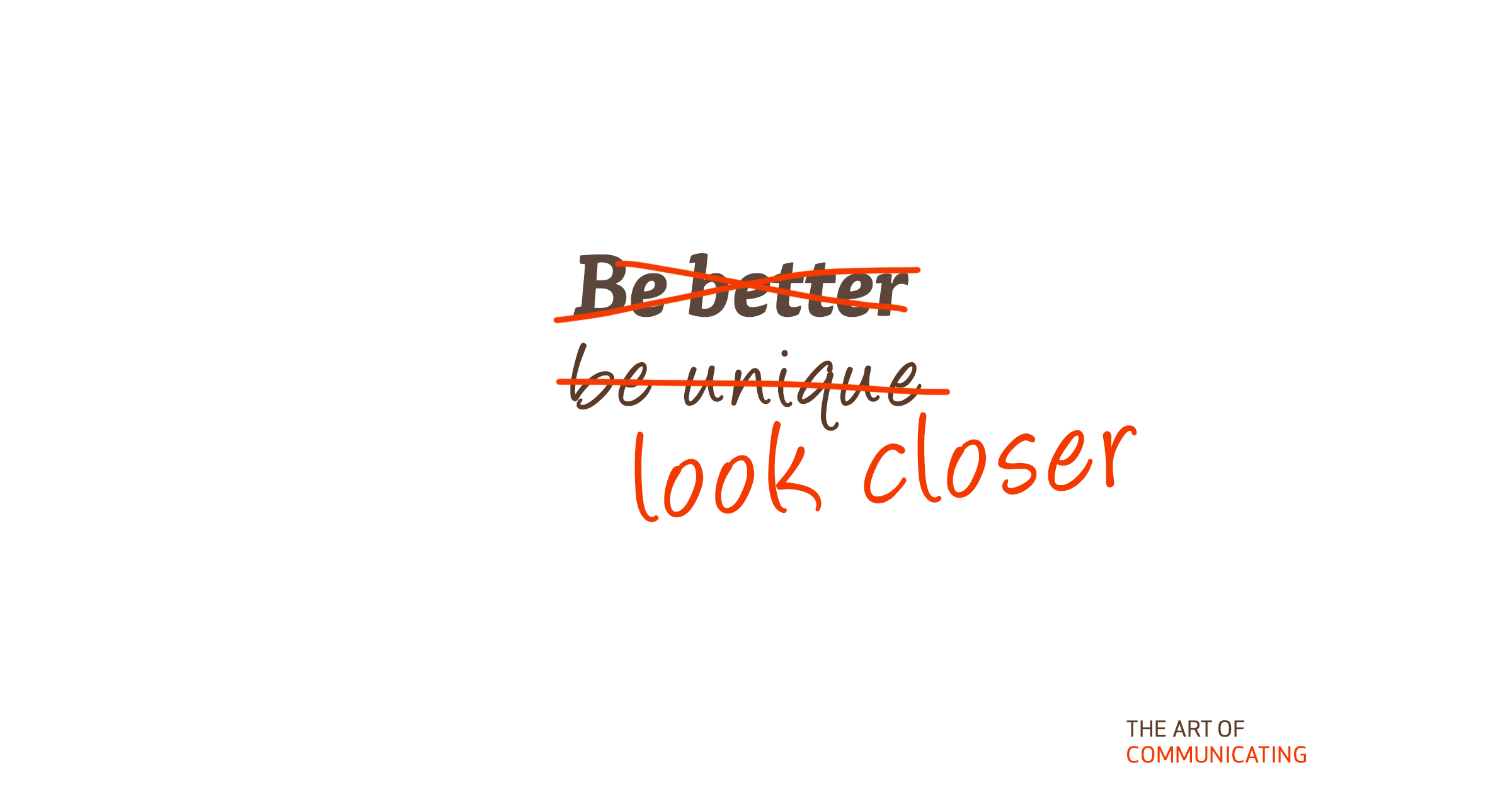 It’s unique because it’s for them

Be unique rather than better! That’s almost too obvious to state, right? Because when you are, you’re in a class of your own. People can get what you offer only from you. Which means you can charge higher prices. Strengthen your brand. And have a number of other benefits …

Most customers don’t care for unique but for proven.

Buying something that’s unique is risky. What if it’s not as good as they promise? What will the others say? What if my friends don’t approve? What if it doesn’t last?

That’s why bestseller lists still work: it’s a list of proven work. It’s also why reviews count. And why we value a recommendation from a friend so much.

I’d argue that unique is mostly a selfish motive of the marketer. Which is not to say that you should dismiss the possibility of being unique. Quite the opposite. But don’t regard it as a means to an end. It’s not about uniqueness.

It’s about making positive change for the audience. If you care for the change, there’s a more meaningful kind of uniqueness waiting for you: Uniqueness that grows out of empathy.

Uniqueness that’s due to a solution that you found because you’ve looked closer. Or that’s the result of an effort that no-one else was willing to pull off.

That kind of uniqueness is different. It checks both boxes at once: It’s in your best interest. But it’s also in your audience’s best interest.

It’s unique because it’s for them.

If you care for what you do, you’ll always have more interesting things to say than you’ve got time to say them. Of course, speeding

It’s different over there

If your communication doesn’t challenge what we know or what we believe, why would we grant you a share of our time? If afterwards everything