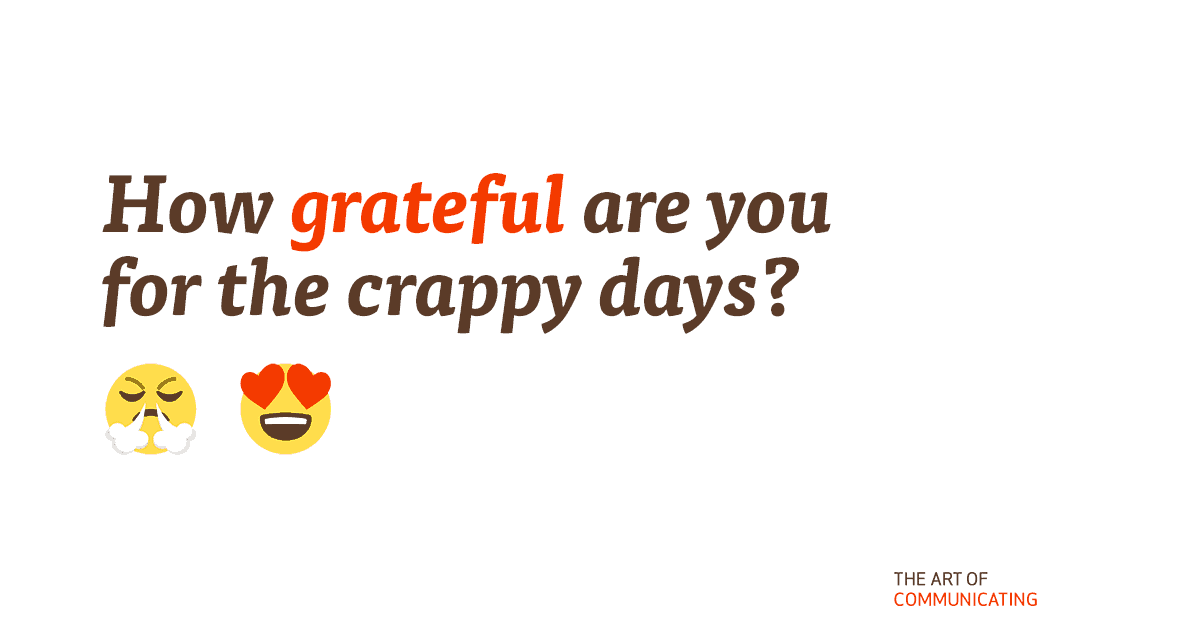 It’s the crappy days we can learn the most from

When you’re used to being first, it hurts to end up on the 7th place. It hurts more when it’s not your fault but the fault of others.

Lewis Hamilton, arguably one of the best Formula 1 drivers who ever lived, suffered from a bad decision by his team in the last race and ended up becoming 7th. There was nothing he could do about it.

But there was something he can take away from it. After he got over his initial frustration, his mood changed:

“I’m often grateful for crappy days like this, as it is days [like this] when you learn the most. If you’re winning all the time, you learn less.”

But there’s a twist about how the learning happens. While others focus on finding out who’s to blame, Hamilton’s Mercedes team has a different approach:

“We don’t like to kick each other when we’re down. I think… there’s no finger pointing, so no one individual that takes the blame. We win and we lose as a team. We have a very open and honest discussion and it’s not personal. It’s like: ‘hey man this should have been better, this should have been better, why didn’t we do this?’, we all take everything onboard. It’s constructive discussions, and if there’s any constructive criticism we take it onboard, then we huddle up, do the work, get on the call.”

So, what was a crappy day you were grateful for? And how did you learn from it?

In data visualisation, accurate beats nice every single time. The designers of this chart thought it would look nicer to have rounded curves in between