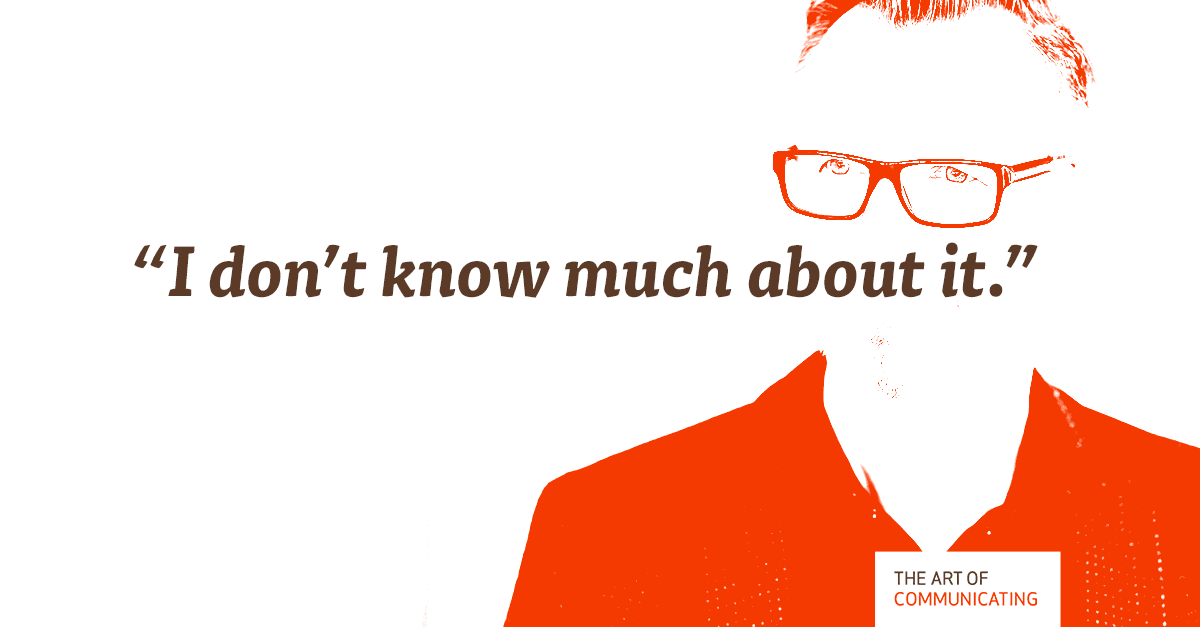 I don’t know much

We had this mathematics professor at the University. During a discussion about some topic or another, he would often emphasize that he was not very knowledgable in that area.

Of course, in reality that meant he knew more about that subject than anyone else in the room and probably more than most people outside the room.

It was still the truth because when he said that, it meant that he was actually not as knowledgeable as he was about his specialty. In that sense, he was being honest.

In fact, he wouldn’t even have considered to comment on a subject he knew “not much” about.

When you chime in into a discussion, how knowledgable are you in that area? When you form an opinion, how profound is your background? Would you back out of a discussion when you feel you can’t contribute in a meaningful way?

Are you giving your customers what they want or what they need? Many of the people who care for making an impact and who have

After a strange 2020 and lots of remote speaking, here are a few takeaways: It’s still story first. A great story with low tech beats

The gift of speaking

We’re giving a speech. Yet, ironically for most speakers speaking is about taking. Taking for granted their audience’s time. Shamelessly making their communication about themselves,