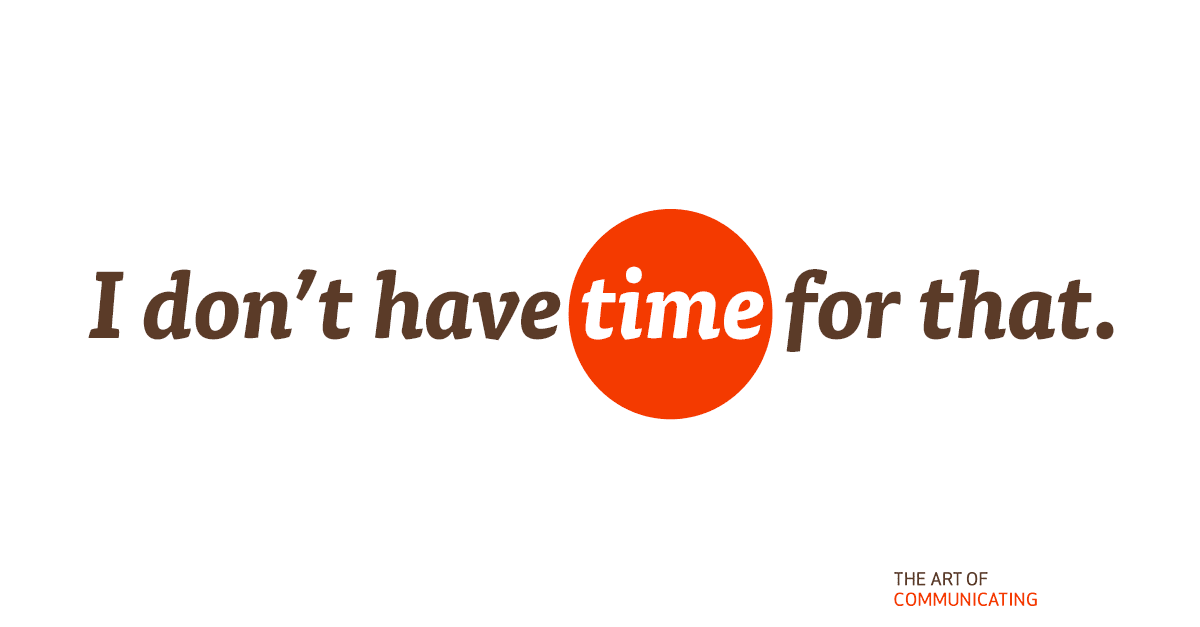 … because I’ve got three meetings, a proposal that needs to be sent out, my email inbox has 127 unanswered emails and there are a bunch of other pitches that we need to prepare besides this one. We really need to get this done quickly.

Which is totally understandable.

All of this is a choice!

The choice between crafting this one proposal meticulously well, fully committed to the outcome and between rushing a whole bunch of things half-heartedly.

Some work is better than others simply because the makers were focussed on that work much better. Rather than doing 5 things in an ok manner, they fully commit to making this one thing shine.

What exactly is it that you don’t have time for?

His employees immediately knew when Martin was onto something. It showed in his eyes, his voice, and his gestures. Not that it was a big

“Almost dying changes nothing. Dying changes everything.” This is a quote by Dr. House from the TV series. He says it to one of his

Could this be shorter?