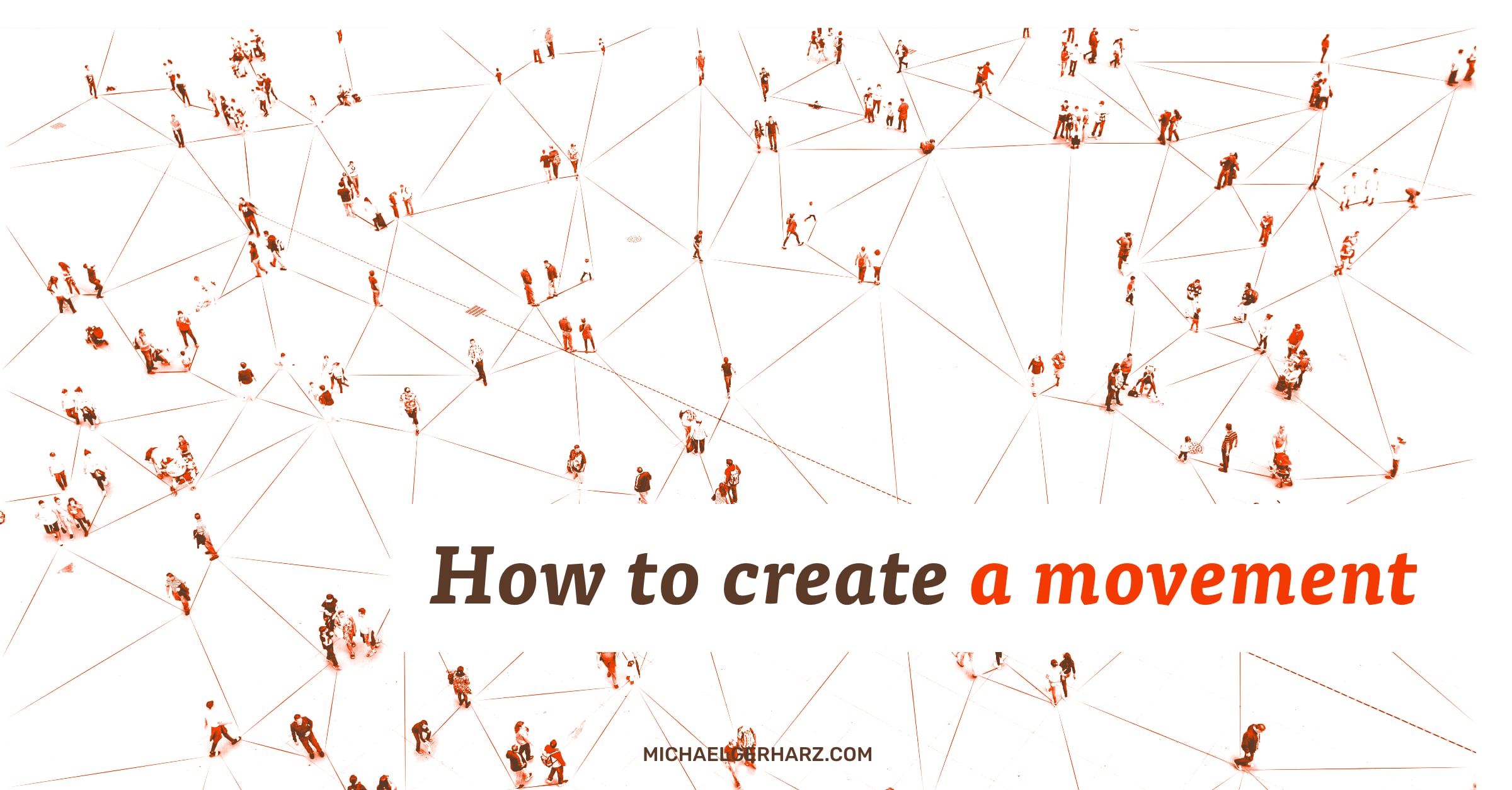 How to create a movement

The first step in creating a movement is to create something that moves.

An idea that has no name can’t easily move.

An idea that doesn’t have a story can’t easily move.

An idea that doesn’t make people feel that they belong to the movement can’t easily move.

When an idea has a great name and a simple story that creates a feeling of belonging, it can move much more easily.

Many presenters fear Q&A sessions for a couple of reasons. One of them is loss of control. You give control over parts of the content

If you are passionate about what you do, there will always be more interesting things to say than time to say them. But what to