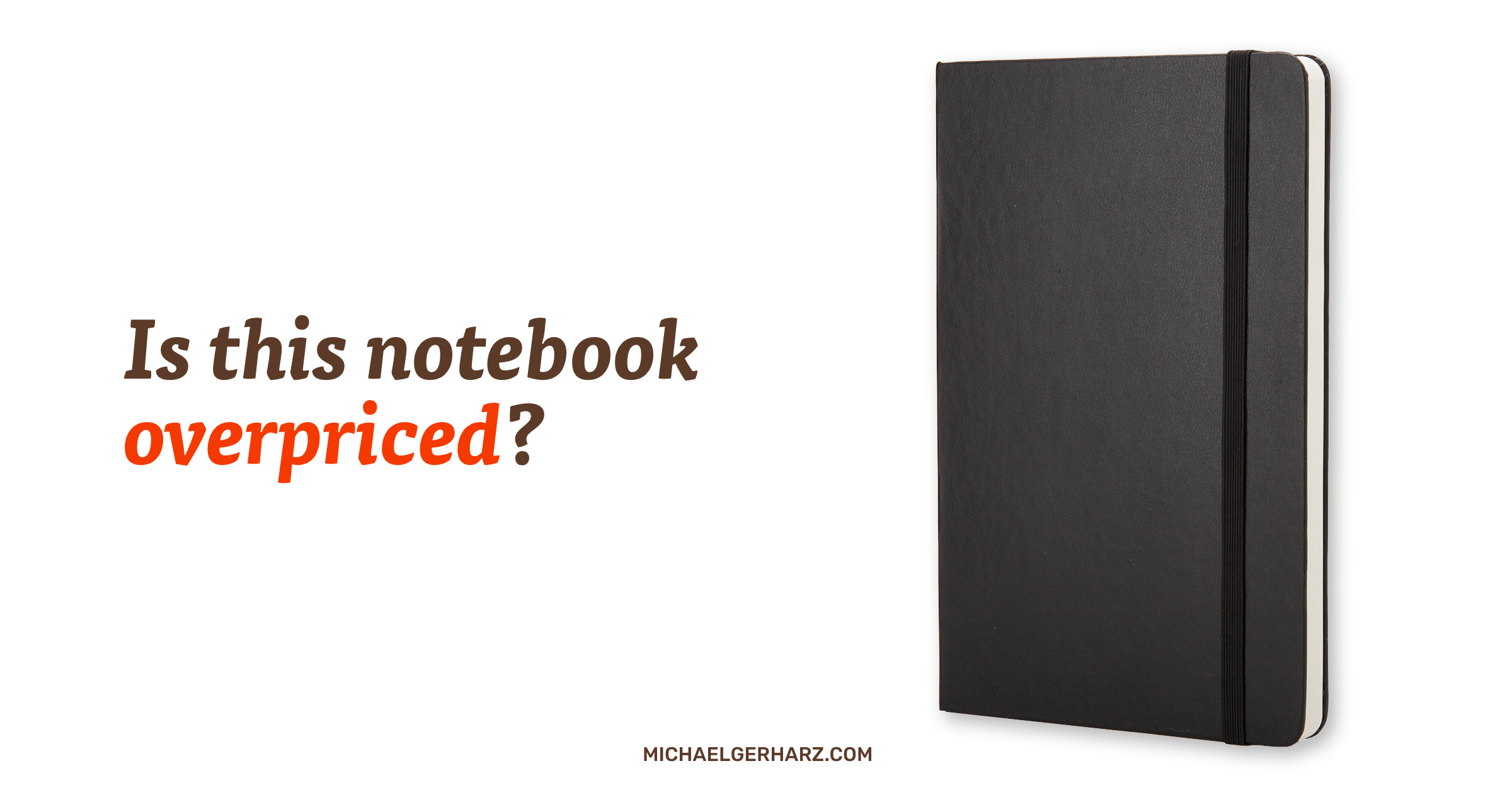 How to charge 8x the price

At your local grocery store, you can get a double pack of similarly looking, similarly equipped notebooks for €3.

Why would anyone pay 8 times the price for a Moleskine?

Because it’s not the notebook that they buy but this story that Moleskines come with:

“Moleskine is the legendary notebook used by European artists and thinkers for the past two centuries, from Van Gogh to Picasso, from Ernest Hemingway to Bruce Chatwin. This trusty, pocket-size travel companion held sketches, tones, stories and ideas before they were turned into famous images or pages of beloved books.”

A notebook is a simple tool. Yet, there’s a lot to say about it. We can speak about the size, the build quality, the material, the features, the variety, the price, and many more aspects …

Moleskine, the maker of that notebook, chose not to speak about any of those. Instead they told a story.

A story that turned a small Milanese publisher called “Modo e Modo” into a beloved worldwide brand. What started as a small independent book publisher now is exclusively devoted to making notebooks. The initial production was 5,000 copies of their notebooks. Today, the company has changed their name to “Moleskine” and runs signature stores in all major cities of the world. They sell millions of their notebooks each year.

As I said, you can get a double pack of similar looking notebooks of similar build quality in our local grocery store for 3€. Again: Why on Earth would anyone pay 8x the price for a notebook? Isn’t it just a bundle of blank paper?

Because it’s not just any notebook. It’s the same kind of notebook that creative geniuses like Picasso and Ernest Hemingway used to scribble down their ideas. At least that’s what the story suggests. And just think about what became of them …

This is a real masterpiece in communication that achieves two things:

Shining eyes are among the most reliable compasses for doing work that matters. Benjamin Zander pointed it out in his brilliant TED talk: “I realized

Donald Knuth pays $2.56 for every error that you spot in one of his books. Checks are rarely cashed, though, as the receivers prefer to

Quite early in our lives we learn that porcelain breaks when it drops onto the floor. A fact, that one of my clients used to