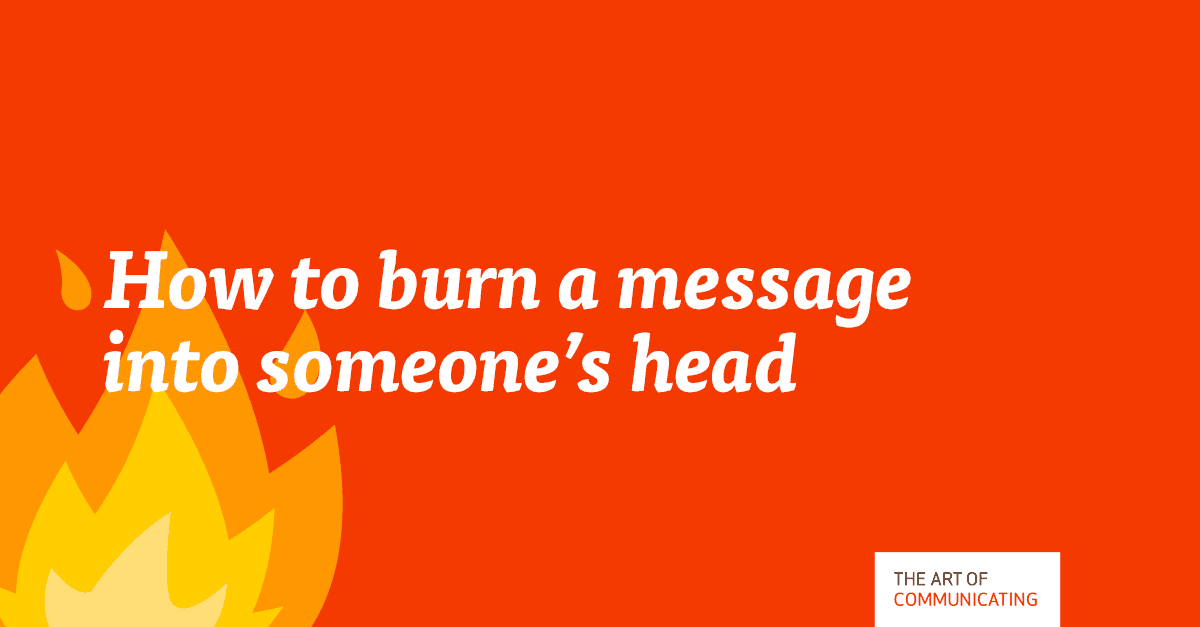 How to burn a message into someone’s head

Can you plant a thought in someone else’s head? In the film Inception, Leonardo diCaprio attempts to do so by entering the dreams of his target mind. It’s the stuff that a great Hollywood blockbuster is made of.

But what if you could actually manage to get a message literally right into your audience’s head? Impossible? Not for BMW. How the carmaker used afterimages to literally burn its brand into the eyes of an audience has a simple explanation, but it’s still outstanding:

So short it fits in my head

That’s a rule that has served me well for quite some time now: To focus my effort on only the things that fit in my

Looking from the other side

Quick, in one sentence: What’s the first thing that comes to your mind when you see … … the McDonald’s logo?… the Red Cross logo?… an

Simplicity is a great virtue but it requires hard work to achieve it and education to appreciate it. And to make matters worse: complexity sells