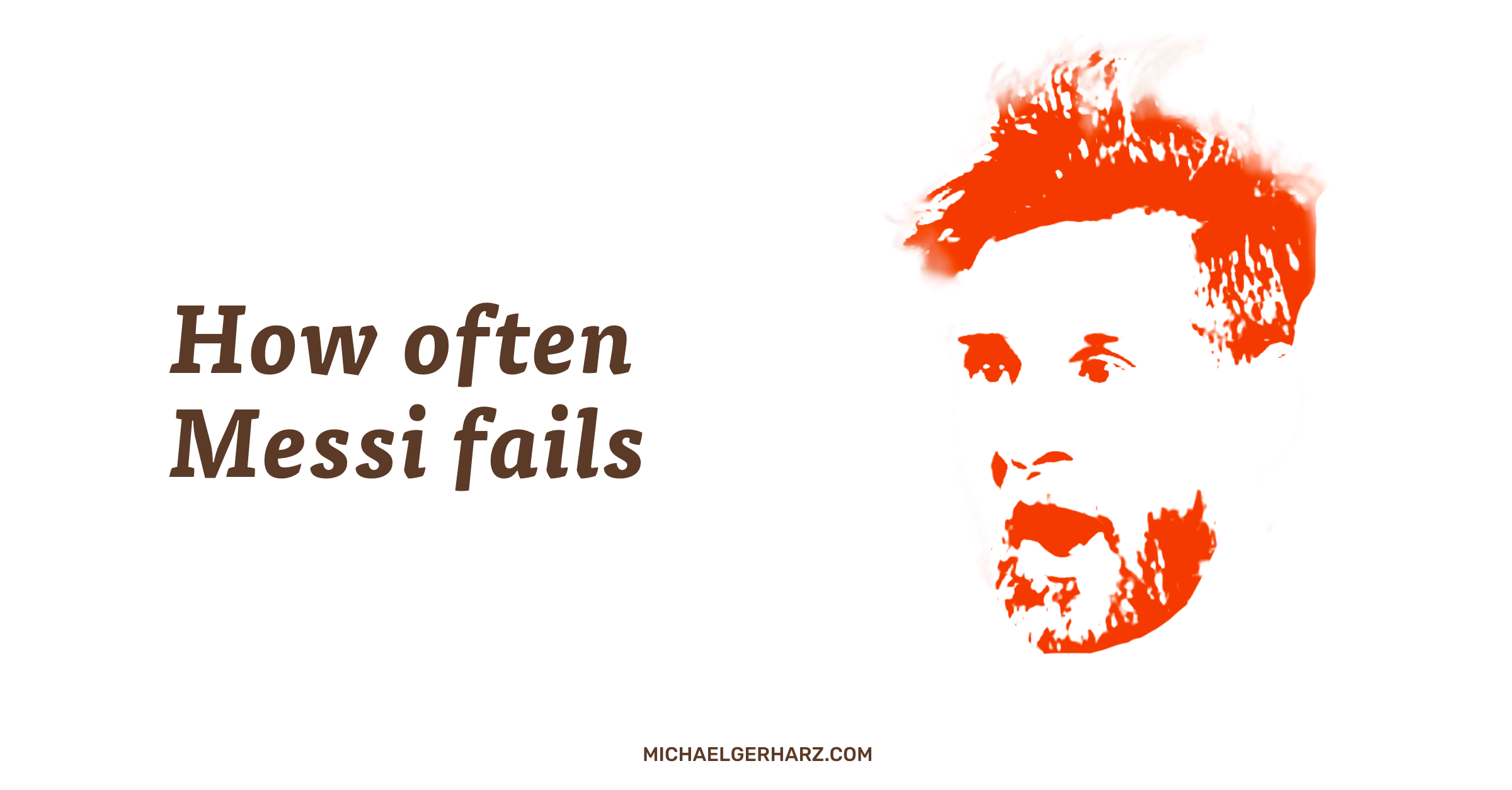 Every shot that Messi didn’t make, wasn’t a goal.

He only ever scores when he shoots at the goal. Which he does.

Most importantly, he’ll frequently shoot despite the possibility that it might be a miss. Rather frequently, actually: he scores only 1 out of 8 attempts.

In other words: he fails almost 88% of the time.

And yet, he is admired as one of the best scorers who ever played football.

When we speak of geniuses, this is an aspect that’s often overlooked: Most geniuses don’t fail less, the fail more. Simply because they try more often.

But more attempts mean more possibilities for a hit.

It’s a mistake to only attempt a shot if you are 100% certain that it will be a goal.

“I try to make one decision that removes 1000 decisions.” – Tim Ferris Rather than to struggle each time you’re standing in front of the

6am. I stand up. And then I have literally a million choices of what to do on that day. I could read the news. Or

What’s the boldest promise you can make?