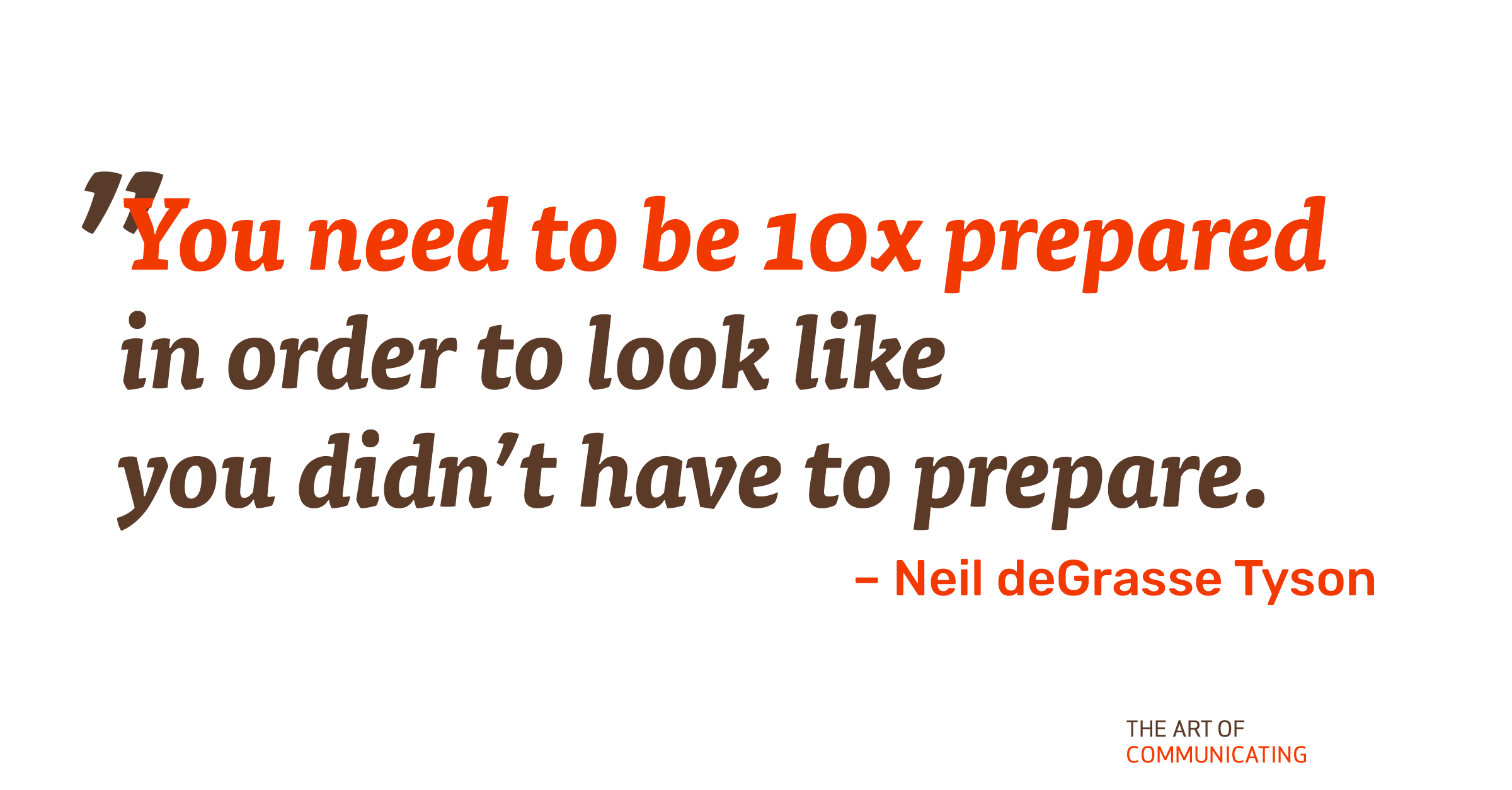 How much preparation you need …

Some experts seem to appear on TV all the time. Whenever something happens, these people pop up in TV shows to explain what happened.

It’s the kind of people who always seem to know what to say. Who understand quickly and answer eloquently. Who are clever, relaxed and quick-witted.

Science educator Neil deGrasse Tyson is one of them. Yet, if you ask him how he became so quick-witted, his answer might surprise you:

You need to be 10x prepared in order to look like you didn’t have to prepare. – Neil deGrasse Tyson

They don’t just wing it. So they don’t easily fail. TV stations can rely on them. Because they prepare. And, in essence, that’s why they are always on TV.

If I only had one sentence

… I would point out that if you nail that one sentence, one sentence quickly becomes first sentence. (Because if you truly nail it, your

… is the reason why we don’t accomplish our 1st priority. Get a good price and get the deal at all cost. Grow your business